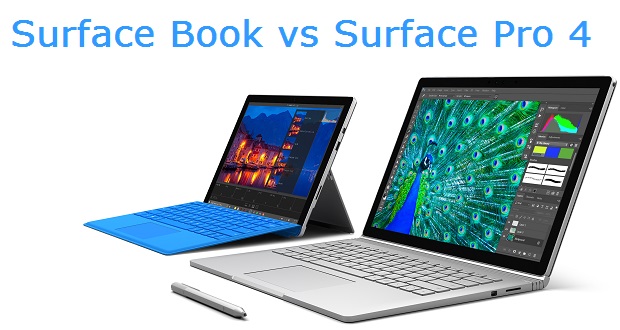 I’m sure a lot of people in the same situation are asking themselves which is right for them; the Surface Pro 4 or the Surface Book. So, if you’re chomping at the bit to pre-order your new Surface but can’t decide which would be best for you, I put together some information that might help you decide which device to pre-order.

Notice, I didn’t say I was going to tell you which one to get.

A computer is a personal choice. Unless you want to hire me to talk over your computing needs for an hour, I can only offer some general advice 🙂 So, take a look at the information (and little bits of  general, but helpful, advice) below to help you make up your mind as to which new Surface model to pre-order.

If your primary concern is budget, you might be thinking that you should be going with a lower end or middle of the road Surface Pro 4 since it’s cheaper. Well, hold on for just a second….

While it’s true that the lowest end SP4 is $500 less expensive than the lowest-end Surface Book, the Surface Book includes the keyboard as part of the price while the SP4 does not. But it is still cheaper. In this case it is a pretty easy comparison; you’re going to save quite a bit of money with the low-end SP4 but you will, also, lose some performance.

If you’re thinking about the i5 8GB model of the Surface Pro 4 (which is only $200 less than the equivalent Surface Book) and you know you want to get a Type Cover (I don’t know why you wouldn’t), the price difference between the devices might not be quite so stark. The difference in price suddenly becomes only about $70 because the Type Cover costs $129.

But, if you already have an SP3 type cover and can use it on a new Surface Pro 4, then you will save the full $200. At a difference of only $70, it may be worth it to get the extra flexibility the Surface Book will offer but a $200 savings might just sway you.

One thing’s for sure, neither the Surface Book or SP4 can be called an inexpensive or budget device. Now I’m starting to see how the Mac users have been feeling for yours…

Let’s discuss the form factor of both devices. The Surface Book is a laptop (first) that can be turned into a tablet (second) OR can have a light and thin clipboard detached from the main body. While this does give you, essentially two halves of the same device to keep track of, it offers a lot of flexibility.

Along with that flexibility, the Surface Book offers 2 USB 3.0 ports as opposed to a single port on the Surface Pro 4. That does make it a bit easier to connect external devices.

Notice, I didn’t bring up anything about the docked configurations. That’s because, once docked and connected to monitors/external keyboards/mice, both devices are essentially desktops.

So, it’s really going to come down to portability vs flexibility. If you need something as flexible as possible and you’re not worried about keeping track of extra pieces or a little bit of extra weight, the Surface Book might be the right choice.

If you want lightweight & thin and only having one USB port isn’t a problem, the SP4 is probably what you should pre-order.

So, if you want the biggest screen, the Surface Book is the way to go but don’t make it your primary factor for making the decision. The difference between the two screens just isn’t stark enough. You should look at them side-by-side first.

Since the Surface Book and Surface Pro 4 use very similar processors, I’m not going to do a CPU comparison (since it would be nearly useless). The same goes for RAM and Storage options.

However, there are significant differences in the GPU and battery life between the two devices so, I’ll concentrate on those things.

Don’t get me wrong, the IRIS 540 GPU that comes with the i7 versions of the Surface Pro 4 is no slouch but it simply won’t be able to compete with the GeForce®  GPU in a Surface Book. 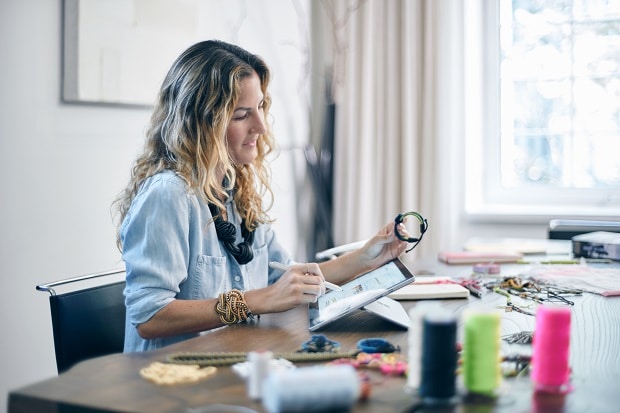 Microsoft is claiming the Surface Book will get up to 12 hours of use on a single charge while the Surface Pro 4 will get the same 9-hour rating that the SP3 sported. We all know those ratings are under ideal conditions (and tweaked to be as favorable as possible).

However, assuming the SP4 performs about as well as the SP3 in the “real world”, it will get about 7 hours and 15 minutes of life from a charge during constant use. That’s around 80% of the “rated” battery life.

If we apply the same 80% “real life adjustment” to the Surface Book, we may get around 9 hours and 30 minutes for constant use battery life.

That’s still longer than the Surface Pro 4 and should be enough for a whole 8-hour workday; so, if battery life is your prime concern, the Surface Book is probably the right choice for you.

I thought I’d finish this article off by giving you a quick, side-by-side rundown of the tech specs for both devices just in case seeing them side-by-side would help you make your decision:

Also, at the links below, you can find the fact sheets Microsoft published to the press which provide a nice rundown of both devices:

All three sheets are in .dox format and contain a lot of details about each device.

In the end, both devices are pretty awesome, so don’t become paralyzed over-analyzing your decision. Either will serve you well and will probably do anything you need it to do.