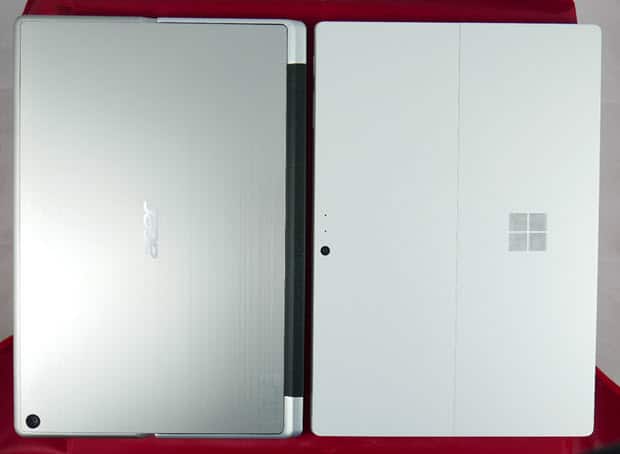 Could there be any significant differences in performance between the two models? After all, the specification on paper looks very similar…

At least on paper, both devices look about equal. Both offer similar processors as options which means same GPU as well since both devices do not use any external solutions. Hence there’s no point running common benchmark apps that stresses out only the processor and the GPU. That would be rather predictable. So what else can we do?

Passmark is useful for obtaining an overall score for each Windows devices but also useful in figuring out which components are used by each devices, along with how each components perform.

Here are the findings for the Surface Pro 4: 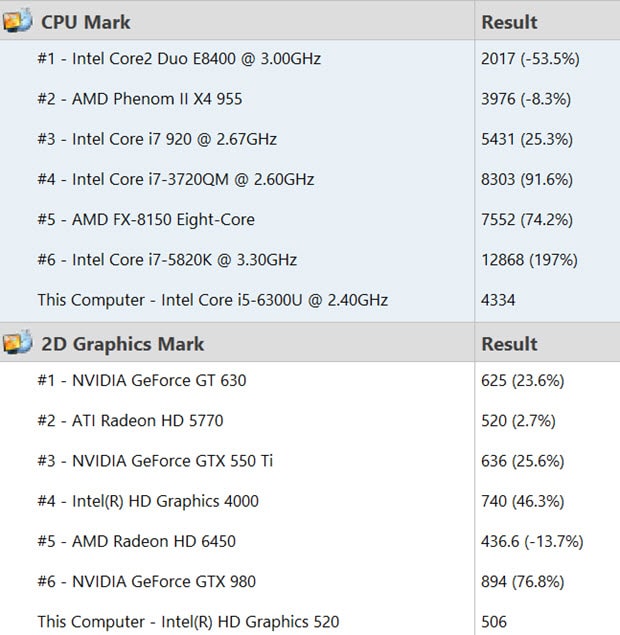 And here are the results for the Acer Switch Alpha 12: 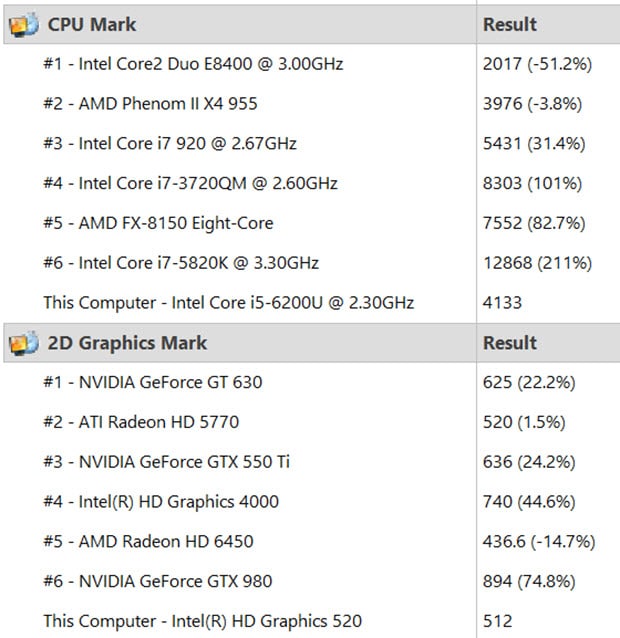 First thing to realize here is that although both of these devices are mid-range within their own line-up, the processors are not identical. Both are Core i5 but the version used in the Surface Pro 4 (i5-U6300) is slightly faster than the one in the Acer (i5-U6200).

Predictably, the Surface Pro 4 scores better CPU tests. But for the GPU test, due to its higher resolution, it looses out slightly (but only by a tiny margin). If same processor is used, the Surface Pro 4 would have lost this test by a noticeable margin.

And here are the scores for the Surface Pro 4: 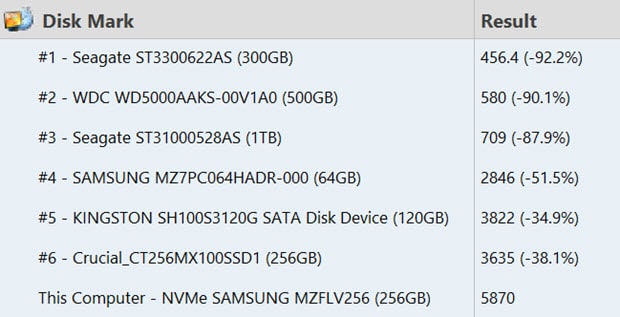 And one for the Acer: 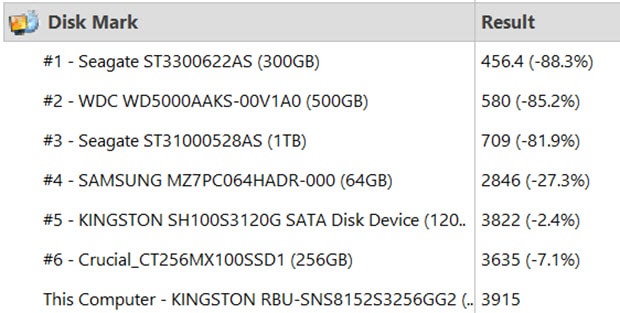 First thing to notice here is that they use SSDs from two different manufacturers (Samsung vs Kingston). And in this case, the Surface Pro 4 has made the right choice by going with a model made by Samsung. Keep in mind that the Acer is nearly a new machine with its SSD nearly empty. My Surface Pro 4 is almost 50% full, meaning that the Surface Pro 4 is at a slight disadvantage. (Fact: All SSDs slow down as it fills up – although not by a significant margin until it reaches to about 90%. Then you will experience a serious slow down).

The conclusion here is obvious – Acer has made another cost cutting decision by going with a cheaper SSD model which performs poorer. 50% difference in performance is HUGE especially given that many of the common operations performed on PCs today are bottlenecked by the disk performance, not the processor or the memory speed.

Predictably, the overall score was very similar. The surface Pro 4 scored 2395.0 while the Switch Alpha 12 scored 2381.2. This is statistically a tie.

But given what has been presented in this article, I would say the Surface Pro 4 has a significant edge because the storage (SSD) is much faster.

(Note: Just as a reminder, CrystalDiskMark is used to test microSD card read and write performances.)

You would think that if you use the same card on both devices, you will get similar results, right? Wrong! 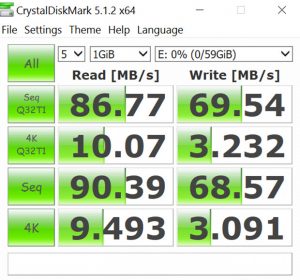 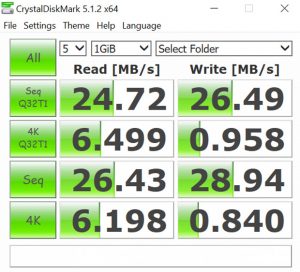 The result speaks for themselves.

Wow! Look at the differences! If you intend to use your microSD a lot, then the choice is obvious. Around 2-3 times faster results across the board.

Just as it was the case with the earlier studies, this review has also found couple of areas where Acer has cut some spec in order to save cost.

In my opinion, the most significant cut is in the area of SSD – people choose SSDs for high performance after all. The Surface Pro 4 outperforms the Acer Switch Alpha 12 by 50%.

Then the surprising third area is in the area of microSD performance. Especially in sequential reads, the Surface Pro 4 easily outperforms the Acer by a huge margin.