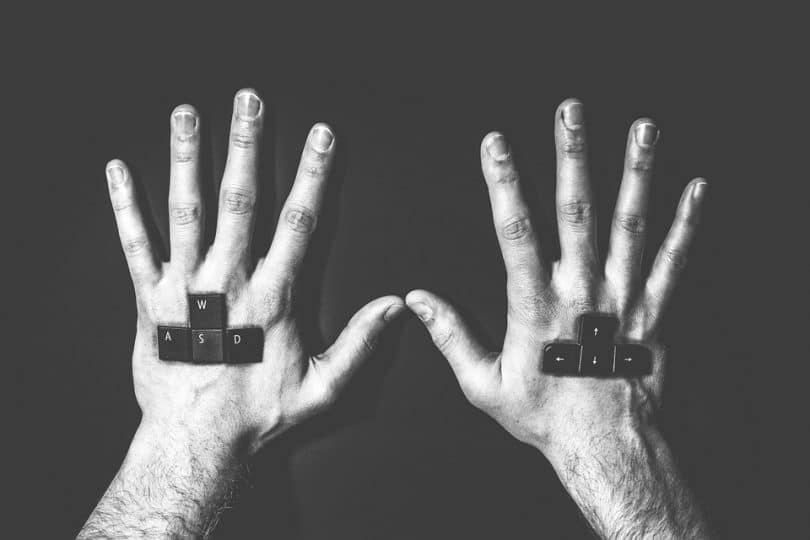 Gaming no longer means you need a desktop computer or consoles like the Xbox or PlayStation. Since the release of Windows 10, which is easier to run than previous versions, the Windows operating system has made its way onto many devices including tablets. However, just because your device has Windows on it, you can't install any game you want and start playing. You need the right hardware as well.

We’re focusing our research for this article on the Surface Pro 4. Your Surface may differ from other Surfaces, so check its technical specifications against those each of the games we list. Most games have a set of hardware specifications needed to run the game at minimal and optimal settings. Your device must have at least the minimum if you want to enjoy the game.

Most Surface Pro 4s meet our crude list of hardware specifications. If yours does not match up exactly, you still have some options. Many of these games require less than what’s on our list of minimums. It’s up to you to check the fine print and make sure you can play the game. Keep in mind that many games like Wildcard Studio’s Ark: Survival Evolved have a game setting designed for low-end hardware.

Sadly, the Surface Pro 4 won't run many of the popular games like Ark or Red Dead Redemption. You may get the game installed and running, but the graphics quality won't look appealing, and you'll experience a lot of lag and screen freezing. Additionally, the Surface Pro 4 might get too hot trying to play games like these and cause damage to the hardware.

If you want to play games like Ark at high settings to experience the beauty of the landscape and enjoy the visual effects, you may want to consider investing in a gaming computer. Otherwise, we’ve compiled a pretty good list of the best games for your Surface Pro 4. Aside from the reasons to follow, many of our picks made it on the list because the gameplay videos we saw looked fun.

To save you some time, we picked the best games for the Surface Pro 4 based on our list of hardware requirements. If they need more power, we just left them off the list. We scoured hundreds of gamers reviews for each game to see if anyone had issues with the games on their Surface Pro or found the game playable but boring.

The price tag on each game wasn’t part of the list building criteria. We focused on finding games that would run well on the Surface Pro 4, were fun to play, and got good reviews from other gamers. That said, everyone has different tastes and may enjoy some games that others don’t like to play. So, examine each game and watch some videos online of other people playing it before you choose.

Keep in mind that many of your favorite games like Civilization and The Sims will install and run on your Surface Pro 4. However, you have to run them on the lowest graphics settings, and the quality of the gaming experience suffers as a result. So, games like those two didn't make it onto our list. Heir minimum requirements were a little beyond the reach of typical Surface Pro 4 graphics capabilities.

Best Games for the Surface Pro 4

Game developers target computers first then consoles when developing their games, or the reverse. Tablets usually get stuck with cheap side-scrolling games or time killers instead of games with elaborate stories or playstyles. However, the Surface is a computer that's masquerading as a tablet. Most of them have the same hardware specs as any mid-level laptop. Luckily, this means you have more options for gaming.

Forza is a surprisingly immersive game centered on competitive racing. You can play with or against your friends while enjoying hours of play time. Most people that play the game focus on collecting or unlocking the different cars available by winning races. Any of the previous versions of the game should run ok on the Surface Pro 4 as well. 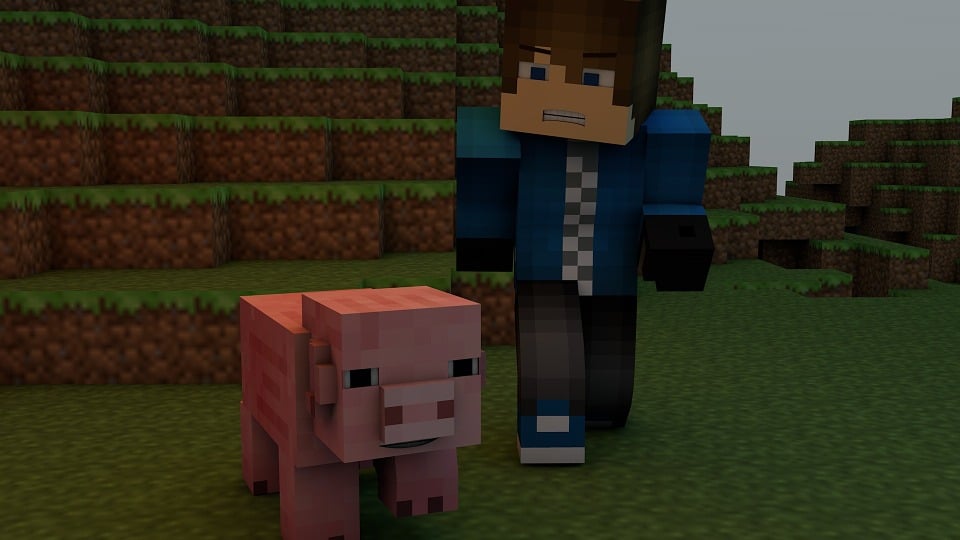 Almost 30 million copies of Minecraft have sold as of this writing. So, claiming it's a popular game seems like an understatement. You can build elaborate worlds using blocks or participate in games on custom servers. The Minecraft world gets procedurally generated, so you're not stuck with the same map each time you play. This is one of the best games for kids since it covertly teaches them math.

This game will test your mental fortitude. To put it in the simplest terms possible, it's soccer in an arena played by cars. The exciting part is that it's physics-based, so things react the way they would in the real world. Well, if we played soccer with cars in the real world. That said, much of it is unrealistic since you can drive up walls and make some extreme turns that we feel aren't possible on Earth.

Most of the Halo games will work on your Surface Pro 4. This game is a first-person shooter with a story and at least 30 missions to complete. You won't get bored, and there's a multiplayer option that lets you co-op with friends or battle them. This game is on our list of favorites. Thousands of other gamers agree with us, so give it a try. If you don't like it, you probably won't regret spending the $3 to buy it.

You begin with a patient zero and attempt to infect the entire planet with a virus. It’s not easy to do. Countries will close their borders and leave you hung out to dry. It falls into the time killer category but it’s good for hours of fun, and it costs less than a dollar. This game will test the limits of your ability to come up with a new strategy each time you fail. You will fail a lot.

Don't let the 2D old school style graphics fool you, this game is complex and can get frustrating. Some of the bosses require that you never get hit by an attack. The Xbox version in the Windows Store also works on the Surface Pro and several other devices. Despite some unfair comparisons to Minecraft, this game stands on a solid footing of excellent adventures you'll get lost trying to complete.

We're not sure if it's the arcade playstyle or the fact that you get to drive a Ferrari that makes this game so appealing. Over 300 million gamers worldwide have given it a four-star rating, so that adds to the appeal for us. It's a racing game where the limits of gravity get ignored. You'll race on tracks, streets, and sometimes through the air.

The Age of Empires franchise from Microsoft Studios is one of the best collections of strategy games for people that like to micromanage things. You have to collect resources and build your army plus the buildings that produce the units. While you’re doing all that, you need to fortify your base to keep the enemy from knocking your walls down and destroying your camp. This game is free.

This is another free game you can snag from the Microsoft Store that is guaranteed to absorb a lot of your time. It’s simple and easy to play but tons of fun. If you played the original version and didn’t like it, we urge you to give this new version a chance. It’s a lot better and doesn’t have any of the old bugs or annoying features Tiny Troopers attacked us with at random times.

This is a massively multiplayer online role-playing game or MMORPG. The store page says it's available for PC only, but it will install and work on your Surface since it's a laptop more than a tablet. You've got five races and five classes to choose from and a deep story to play through. If you want to play with others in a community and enjoy crafting, this game will satisfy your needs.

This is one of the more expensive games on the list at $29.99 on Steam. It’s perfect for anyone that wants to micromanage their game and test the limits of their strategy building skills. You can play in story mode which lets you control the prison or opt for breakout mode and try to escape. It’s good for hours of fun or killing time between classes or meetings.

Get them all. Many of the games on our list are free games. If it isn’t a free game, most cost less than ten dollars. A few games like Prison Architect start touching on what we consider the expensive end of gaming, but they're worth the money. Since many of the games are free, you really can try them out and uninstall them if they don't meet your gaming needs.

Age of Empires: Castle Siege and Plague Inc. are probably the best strategy games on the list. Of course, that statement depends on your playstyle and how much of a challenge you expect from the games. Both of those titles will challenge you even on the lowest game settings. Plague Inc. can get frustrating and challenge your temper at times. That’s a big part of its appeal.

If driving games are your favorites, Forza 7 and Asphalt 8: Airborne rank high on our list of favorites. Forza takes the lead in our opinion just because it is more immersive and comes with some realism. Asphalt 8 takes racing games to a semi-fantasy level which is fun as well. If you need speed and cool cars, either one of these games is worth the money and time.

Honestly, we could go on and on about which games you may like, but that decision comes down to what you want from the game. We're sure you'll find something on this list of games you can play on your Surface Pro 4 that suits your gaming needs. The free price tag on many of them increase the odds because you can test them out without sinking money into the game.

If you have trouble picking one of the games that you can't download for free, spend a few minutes online watching gameplay videos, usually one or two good gameplay videos is enough to determine whether or not the game fits your tastes. The videos we saw for the games on the list made it easy to pick the ones that fit our playstyle.

One of the best perks that come with your Surface Pro 4, if you own an Xbox if you can use the Xbox controllers with the Surface Pro 4 for gaming. You can also attach a monitor to it to make gaming a little easier at home to make the graphics larger. Add a wireless mouse and keyboard to the mix of hardware and play games through your Surface Pro 4 on your TV. There are plenty of cool configurations to try.

As far as games go, the ultimate choice is yours. We’ve given you an excellent list of games that cover most gaming genres. Some gamers tried playing more advanced games like Ark: Survival Evolved on their Surface Pro 4 and had some success but only at the lowest settings and the game was pretty ugly at that point. Some newer Surface models may run the game today. Don’t limit your gaming, upgrade.