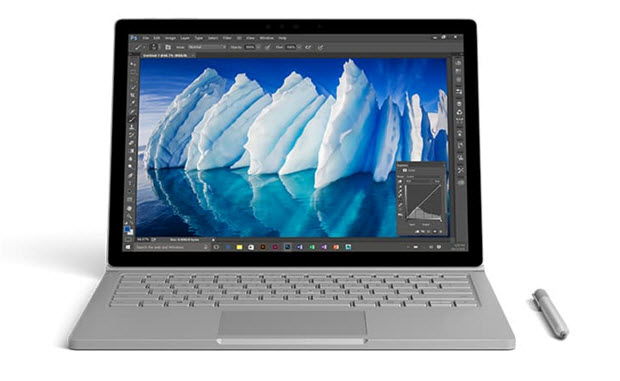 Curiously, Microsoft has quietly released an update to the original Surface Book, now called ‘Surface Book i7’. How imaginative of them.

Also, curiously, they have not released a followup to the Surface Pro 4.

So why did Microsoft do this?

Check this article out. In this article, I have pointed out that the dGPU in the Surface Book isn’t worth its extra cost. It’s a dedicated GPU that performs no better than the integrated version that comes with the Surface Pro 4 Core i7 version, called Iris.

So what has changed?

Basically, Microsoft left the Surface Book i7’s tablet portion as is. Other than small design changes to the keyboard portion to accommodate more powerful GPU, nothing else has changed.

Basically, the hump near the hinge is now slightly more pronounced. Presumably, they need it to accommodate either a bigger heatsink or a fan. They do claim that new fins and an additional fan has been added on the Surface Book i7. 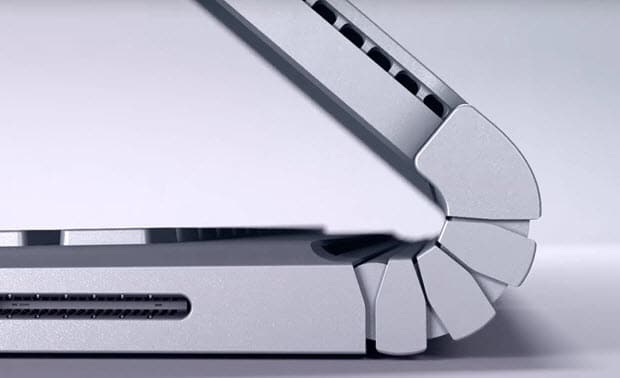 (Can you see the bigger hump here?)

Surface Book i7’s ports haven’t changed at all. This is not surprising given that this iteration is really an update to the base rather than the tablet unit. To add new ports (such as USB-C and Thunderbolt 3), I’m sure Microsoft would have had to update some chips in the tablet unit. That would have translated this into much higher cost for Microsoft.

And nope, the Surface Book i7’s processors have not changed. No Kaby Lake for you here! The hinge hasn’t changed either.

Oh yes, they do claim battery life has increased. But how?

By increasing the battery capacity of the base unit. The gen 1 unit featured 18Wh capacity in the tablet unit and the base contained 51Wh. The base for the Surface Book i7 will likely to use about 70Wh battery, deriving from Microsoft’s claim of 30% longer battery life overall.

Now it will last up to 16 hours. The key word here is ‘up to’, as is the case with other laptops.

How good is the GPU in Surface Book i7?

The version that came with the original Surface Book was an equivalent version of NVidia GeForce GT940. This was a customized version, so it doesn’t quite map into any of the existing chips available to the public. The new version found in the Surface Book i7 is called GeForce GTX 965M.

So how does the GeForce GTX 965M compare?

It’s still based on an older generation technology – 28nm. It’s an ‘M’ version so it’s designed for mobile platform. NVidia does produce 1050 series but ‘M’ versions aren’t out yet. They do have the recently announced GTX 1060 as well which is designed for laptops. But, it would have driven up the price even further.

So from this point of view, the choice is reasonable. Theoretical improvement should be around two times the dGPU in the Surface Book.

Pricing for Surface Book i7

On a positive note, the existing Surface Book models will go down in price, so those will become more affordable.

It appears that Microsoft has not changed from the tablet portion of the Surface Book i7. It looks identical to the one that comes with the older Surface Book. The big question is, will older tablet work with the new base?

Imagine just buying a new base for your current Surface Book, even the i5 version! A nice boost in GPU performance and battery capacity for a reasonable cost! Microsoft hasn’t clarified this possibility yet.

Also, since they opened this can of worm, why not produce TWO versions of the base? One version contains GeForce GTX 965M (the one used by Surface Book i7) and the higher-end version that uses GeForce GTX 1060 featuring a bigger battery and perhaps slightly thicker design.