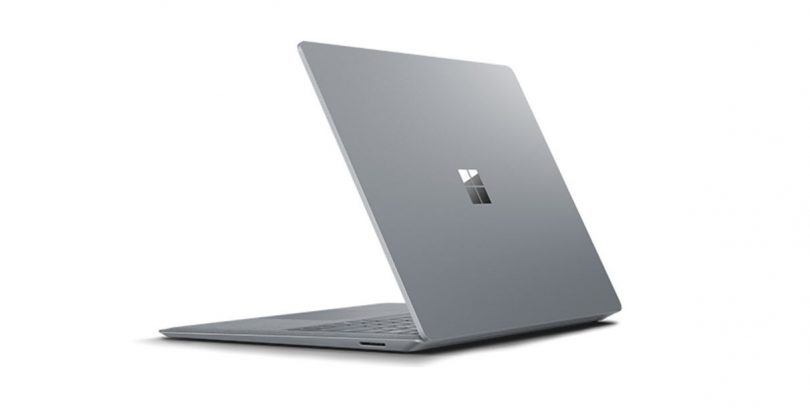 Finally, we have an all new ‘Surface’ hardware from Microsoft. (Remember, ‘Surface’ is a brand). If you were expecting a ground breaking product from them, you might be in a bit of a disappointment. The initial impression of the Surface Laptop is rather mundane. You get the feeling that you’ve seen this before.

But does it propose any kind of value to the table, especially compared to the existing Surface (and competing) devices?

Here’s the physical specs of the Surface Pro 4:

And here are the physical specs of the new Surface Laptop:

Aspect Ratio – Both feature an identical 3:2 aspect ratio. It’s a nice ratio for productivity use. I don’t like those wide but short screens. You tend to run out of vertical space very quickly in those screens.

Much has been discussed already on the differences between the Kaby Lake and the 6th generation processor (Skylake) but here are some of the notable benefits:

Basically, you can think of Kaky Lake as an optimized version of Skylake (6th gen).

The GPUs have been updated – the names have changed from HD5xx to HD6xx. The non-i7 version gets HD620 instead of HD520. The i7 versions also receives an upgrade – Iris 540 to Iris Plus 640. (Read this article for more on the Iris – it will surprise you)

Here are the numbers using the Passmark G3D benchmark:

For the 6xx GPUs, “average” machine numbers are used because we don’t currently have numbers available for soon to be released Surface Laptop, just yet.

For a generic 3D benchmark test, the new set of GPUs only show minor improvements. But there is a good chance that less power is burned performing the same set of tasks.

A separate extensive article on performance comparison will be published once the hardware becomes officially available.

It has the typical chiclet keyboard with 1.5mm travel. In case you were wondering, the Surface Pro 4 has 1.4mm travel. If you do end up feeling the difference, it’s not because of the travel distance. You can safely bet that it won’t bounce like the Surface Pro 4’s keyboard.

The Surface Laptop advertises its keyboard something like this:

Whatever that is, it is supposed to cut light leakage down to zero around the keyboard.

Also, it is supposed to be warm to the touch. Nice.

Interesting. Probably not practical though. I can already imagine dirt staining all over the place with that kind of material. The Surface Pro 4 once offered the same material for its keyboard and many users complained about this.

Officially, the Surface Pro 4 is quoted to have “up to” 9 hours of battery life. The new Surface Laptop claims “up to” 14.5 hours. That’s quite a difference!

In actual numbers, the Surface Pro 4 features 38.2Wh battery. The Surface Laptop battery capacity is unfortunately unknown for now. The Kaby Lake processor should save some power consumption, so my guess is that the actual battery capacity only received a minor bump.

Microsoft says the Surface Laptop represents the value end of the family.

Currently, you can pre-order the Surface Laptop (Core i5 with 4GB RAM and 128GB SSD) for $999US. Similarly equiped Surface Pro 4 currently goes for $850US.

In both cases though, the keyboard isn’t included in the Surface Pro 4 package. So the net price differences are negligible.

Value? May be not.

The Surface Laptop promises to work with the same pen that works with the Surface Pro 4. The Surface Dial is supposed to work on this device as well, although I still have a hard time seeing such devices work on small screens.

I’m sure someone with more imagination than myself will come up with something useful.

Yes, this topic is going to be controversial.

Windows 10 S is a variation of Windows 10 that promises faster boot time (including faster sleep-wake-up time) and better security. This, I assume, is achieved by pre-screening apps you can install in their App Store so that the apps can play nicely within this restriction.

It sure sounds like a massive restriction though. Remember, many of the popular applications are currently not sold through Microsoft’s App Store. The Windows platform has been less restrictive in this sense since day 1.

I believe this is the right direction though in the long run, butÂ it will take time.

For now, you can easily go back to the standard Windows 10. You can “upgrade” to the regular flavour Windows 10 for free. You have until the end of 2017 to do this. Unfortunately, non Surface Laptop users will still have to pay $49 to upgrade.

It is even more strange that the USB-C didn’t make it here, since the early prototype leak had one built in. So what happened?

Apparently, Microsoft doesn’t think the USB-C is ready for prime time yet.

They could have easily removed most of these ports and offer couple of USB-Cs instead. I would have liked to see the Surface Laptop being charged through a USB-C port.

At least, they kept the same charger as the ones used by the Surface Pro 4 and the Surface Book. If you have one of these, you can continue to use them as spares.

So what is the conclusion? Well, I think they produced a polished ultraportable, built by Microsoft, sold at not so exorbitant price.

I understand that the Surface Laptop needs to exist. Many users don’t want the fancy 2-in-1 or detachable tablet design and pay extra for them while making some sacrifices to get there.

Microsoft even said in the past that they will build one.

It’s looking more like a competitor to ChromeBooks, IMO, especially when used with Windows 10 S, albeit an expensive one. Remember, ChromeBooks can now run Android Apps. Not for everyone but could be great for some users.

The Surface Laptop will ship starting on June 15. You can pre-order it here if you are a resident of USA.

So where is Surface Pro 5?

This is what Microsoft’s CEO said this time around:

What I’m super, super sure of is that the people using a Pro 4 have a product that’s going to be competitive for five years.

When it’s meaningful and the change is right, we’ll put it on market”

I’m slightly confused on the second sentence. Does that mean the next model will become competitive for the following 5 years? Or the current Surface Pro 4 is so good that it will be competitive for another 3.5 years?

And then he drops this:

“You’ll see that same meaningful impact when Pro 5, or Pro Next hits the market.

Oh, and in case you were wondering why the Surface Laptop is only being compared against an arguably a different class device, another article is coming soon that will compare against the Surface Book.