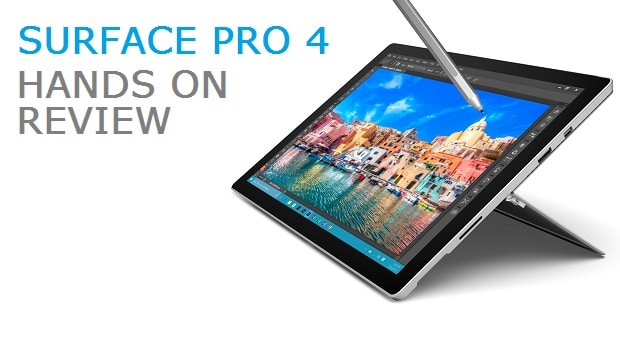 This morning, Joanna and I were able to play with a pair of Surface Pro 4 tablets for an extended period of time. I think we probably got more hands-on time than a lot of the reviewers who made it to New York for the live event yesterday and so, we put that time to good use in order to do some fairly extensive testing.

Both tablets we looked at had 6th Gen Core i5 CPU’s with 4GB or RAM and 128GB of Storage. I consider this to be a good “middle of the road” SP4 which does a good job of representing the average capabilities of the Surface Pro 4 line.

My first impression was; “this looks a lot like a Surface Pro 3”. In fact, when they first handed it to me, I thought they made a mistake and actually gave me a SP3. 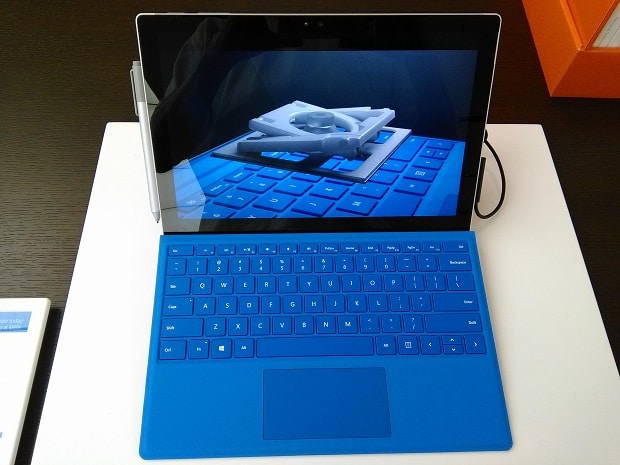 Not a big surprise, really, since the device has very similar physical characteristics. It is, however noticeably thinner than the SP3 (at 8.4 mm vs 9.1mm for the SP3). I also noticed that the button arrangement (I’ll touch on it more a little later) is a lot more like the Surface 3 than the SP3.

Overall, though it felt very “familiar” and I felt (coming from using a SP3 or Surface 3) there was no learning curve for the device.

The Surface Pro 4 felt nice and “snappy”. Applications opened smoothly and there was little to no lag even with multiple applications open. Not really a surprise since the model I was using sports a 6th Generation i5 CPU.

To better judge performance, I played Asphalt 8: Airborne (one of my favorite *ahem* tablet testing apps) for a while and found that it ran very smoothly. The tablet started to get a bit warm after a few minutes of gameplay but not overly so. At no point did the fan kick on during my testing which lasted about 15 minutes. Two other games (Halo: Spartan Assault and Dungeon Hunter 5) yielded similar results. 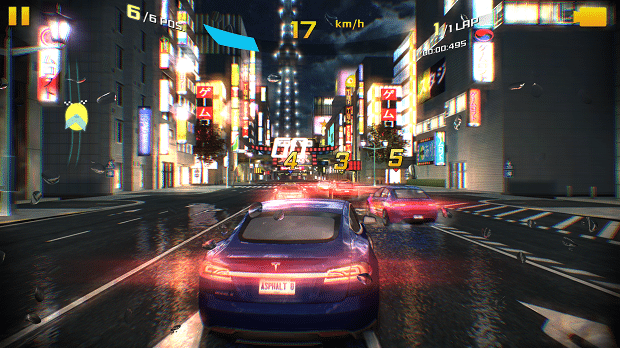 I also tried more mundane apps like Edge, Internet Explorer, and the installed Office 365 programs. They were snappy and there was no noticeable lag when I opened/saved documents or cut/pasted data including some very large (>100MB) pictures into Word and Excel.

Finally, I had a chance to run some CPU and RAM benchmark tests (using PC Benchmark from the Windows Store) for which you can find the results below. To give you some idea of the performance, I compared the results to a SP3 sporting the older Core i5 CPU and 4GB of RAM. The results below are the average of 5 different test runs.

In this benchmark, higher numbers are better. As you can see, the SP4 matched or outperformed the SP3 across the board. We’ll be doing a more in-depth comparison article later on so, keep an eye out for it.

The 12.3″ screen was bright and super clear. The touch screen was very accurate and we had no issues with touch or gestures at all. Everything was as nice and responsive as you would expect from a premium device like the Surface Pro 4.

OMG!!! The new Surface Pro Pen is awesome!!!! It is slightly larger and heavier than the SP3 pen and, as a result, it fit well in the hand; better  yet, it felt “heftier” than the SP3 pen. Basically, it felt we were holding an expensive Parker Rollerball pen when we held the SP4 pen.

The pen lacks the two side buttons that the SP3 Pen offers which made it easier to hold because we didn’t have to worry about accidentally hitting a button when writing.

We were impressed with how well the magnetic attachment worked with the SP4 pen. With the original Surface Pro and SP2 Microsoft used a similar magnetic pen holder but, it was a little weak resulting in the pen becoming detached (and possibly lost) quite easily. The magnets on the Surface Pro 4 seem much stronger. In fact, you could drag the Surface around on a table by the pen without the magnet letting go!

However, I’d still consider getting a physical pen loop, just in case.

We’ll have more to say about the pen and writing/drawing on the Surface Pro 4 in the future.

All of the ports are along the right-hand side (or bottom in portrait orientation) of the tablet. The volume and power button arrangement is the same as the Surface 3, so they are are placed beside each other on the top (or right-side in portrait orientation) as opposed to the power button on top and the volume on the left side as it is with the SP3. 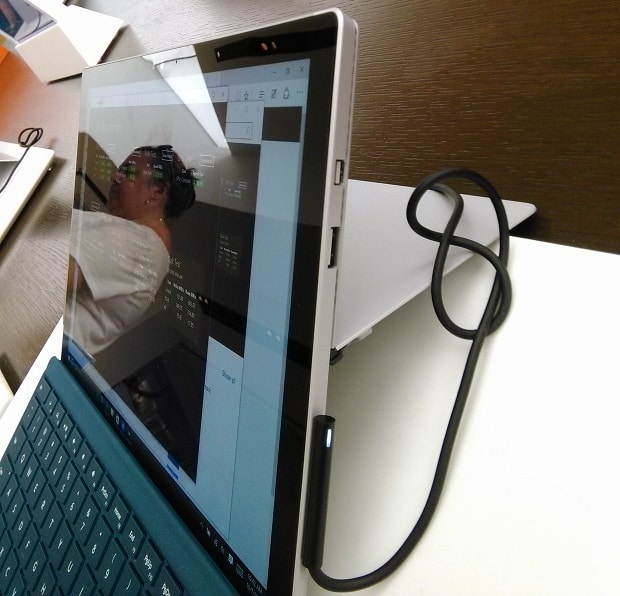 This is because the magnetic attachment point for the new pen is on the left-hand side (or top in portrait orientation) and having ports or buttons there would be problematic.

Like a lot of folks, we were a little disappointed Microsoft decided not to include a MiniUSB or USB-C port but it is what it is. As before, the MicroSd card slot is under the kickstand.

The kickstand is identical to the SP3 kickstand. Not much else to say about it. 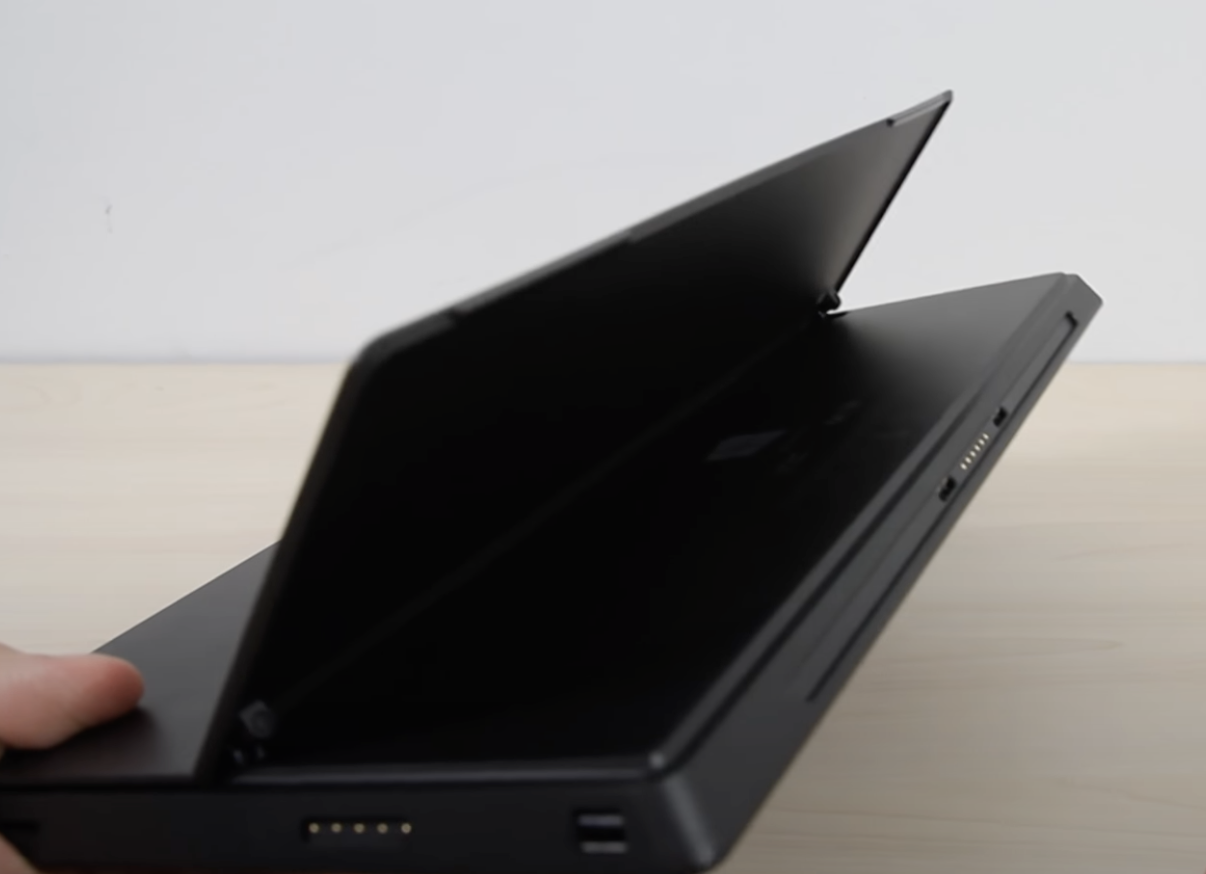 The SP4 keyboard cover was very nice. The keys were spaced out more when compared to a SP3 keyboard and they felt good when pressed.

To the naked eye, the trackpad didn’t look 40% larger than the one on the SP3 but, when you used it, you could feel the difference. The texture of the trackpad felt very smooth and clicking on something felt natural. 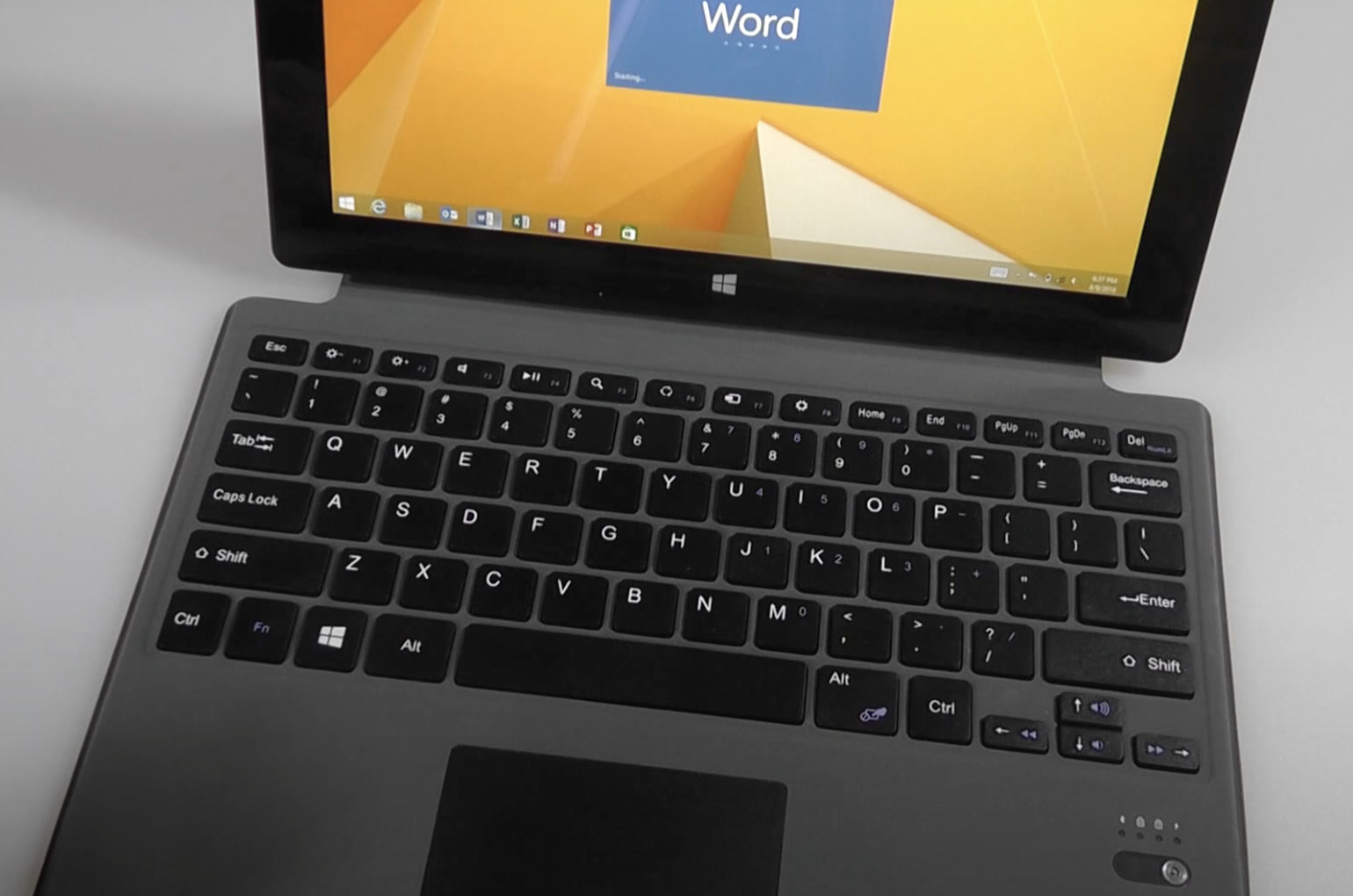 We were disappointed to discover that the fingerprint reader was only available on the black keyboard cover and we didn’t have one available to us to evaluate. However, we made arrangements to play with one as soon as it comes in so, check back for an article on how well that works.

I found the SP4 to be a worthy successor to the SP3. It’s a light, thin, and powerful tablet for anyone who needs portability and power. The only negative I found is the price. The SP4 line is definitely more expensive than the SP3 was.

However, this compact powerhouse will be able to handle just about anything you can throw at it. If you’ve been waiting to see if the Surface Pro 4 is worth getting and you’ve saved up some cash, stop waiting and pre-order one today.

You won’t be disappointed. We pre-ordered one for Joanna today 🙂