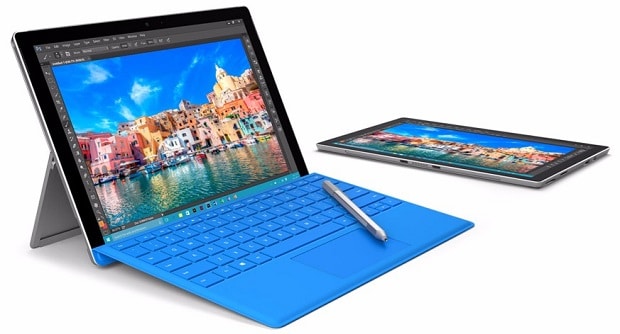 Many folks out there have a Surface Pro 3. That’s no surprise because the Surface Pro 3 was a big hit… and why not? It’s a very powerful and versatile device. It looks like, for Microsoft at least, the third time really is the charm.

In this post, I’m hoping to shed some light on the differences between the Surface Pro 3 and Surface Pro 4 to help you decide if it’s worth upgrading.

Comparing the processor and graphics capabilities of the SP3 and SP4 is challenging because there are multiple processor and RAM options. Depending on which SP3 and SP4 you’re comparing, it’s possible to find an SP3 that outperforms an SP4. 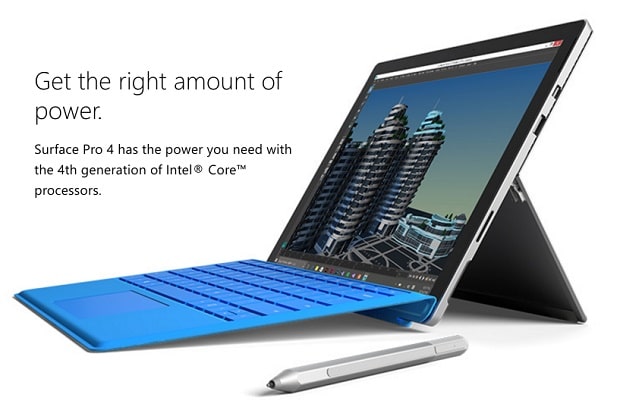 If you read my SP3 and SP4 using PC Benchmark. For this article, I’m going to use Passmark PerformanceTest benchmarks to compare the SP3 and SP4 processors. 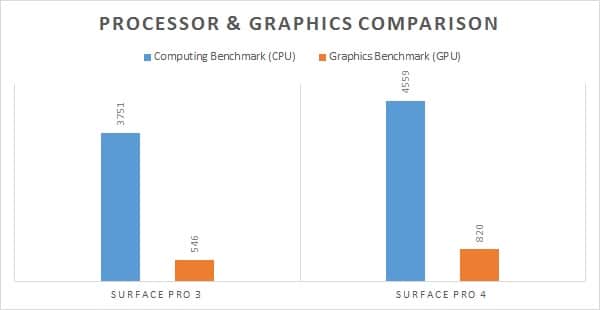 So, if processing power and graphics are important to you – *cough* gamers *cough* – then a high-end SP4 may be worth the upgrade price.

The SP4’s screen offers a slightly larger screen with higher resolution. You can see more information about each below:

Surface Pro 4 also offers something called ‘PixelSense’ technology. Basically, PixelSense measures the light blocked by an object touching the screen to help determine if it’s a stylus or finger. After the Surface figures out which it is, the touchscreen is optimised for the appropriate input method. 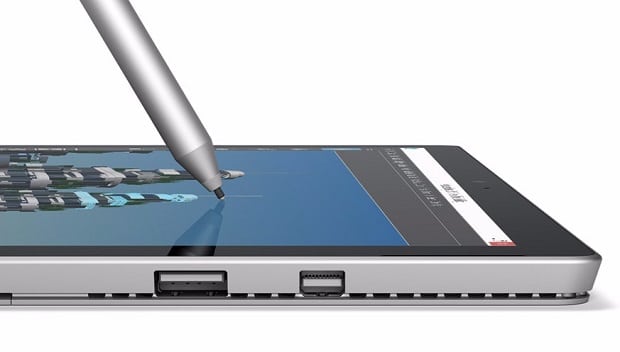 All this means is that the SP4 screen is a little better than the screen on the SP3. However, in of itself, it’s probably not enough of a reason to upgrade.

The Pen comes bundled with the SP4 but is sold separately for $59.99 USD as well.

The SP4 also offers an improved Type Cover with wider key spacing, a 40% larger trackpad, and backlit keys. It will cost $129 USD for the regular version. If you want a fingerprint sensor (for ‘Windows Hello’ authentication) be prepared to fork out $159 USD. 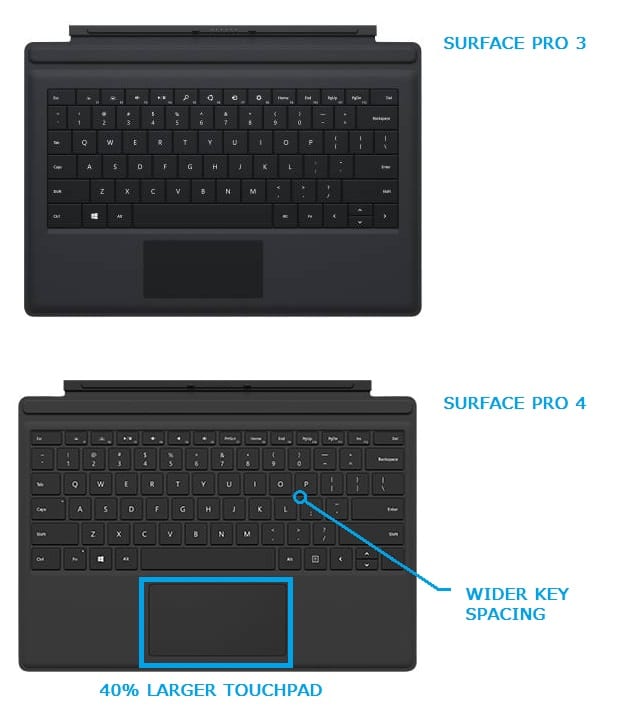 Now that I’ve said that, the new Type Covers and Pens are backwards compatible with the SP3. So they aren’t a good reason to upgrade but could be a great way for SP3 owners to get a few, cost-effective improvements without buying a whole new device.

While it’s not really noticeable at first glance, Microsoft trimmed some fat from the SP4. It retains the same footprint (height and width) but is thinner (Microsoft claims the USB ports stopped it being any thinner) and a touch lighter.

Are these changes enough to justify upgrading? Probably not.

Frankly, the SP3 cameras kind of suck. So, I’m happy the SP4 offers an 8MP rear facing camera with autofocus as opposed to the 5MP camera the SP3 offers. Both Surfaces offer a 5MP front-facing camera but the SP4’s version supports face-authentication via ‘Windows Hello’.

Here’s a quick rundown of the cameras:

Having played with one during my hands-on testing, I’m happy with the SP4 cameras from a subjective viewpoint. Don’t get me wrong, you’re not going to get professional-quality pictures from either one but, it’s a lot better than what the SP3 offered. 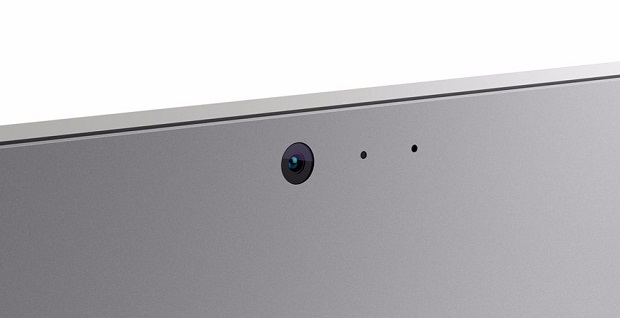 The ‘Windows hello’ support is a nice addition since it allows your Surface to recognize your face and log you in without the need to enter a password or PIN. But, even it isn’t worth the hassle or cost of an upgrade from an SP3 by itself – unless, of course, you have a professional reason for this type of security.

One place I can see this being really useful is in the medical field where you’re dealing with HIPAA protected data, having quick and reliable login access without the need to type passwords, may be a huge advantage there. But we don’t know how well this technology is going to work yet..

There’s not much to compare here. The SP4 and SP3 both have the same 9-hour battery life according to Microsoft’s claims.

However, if the battery in the SP4 is like the SP3’s battery, it’ll be closer to 7 Hours and 15 Minutes.

The one case where I might encourage an upgrade is if you do a lot of graphically intensive things with your Surface. Things like gaming, 3D rendering, video editing, etc. In this case, assuming you’re ok shelling out around $1500 to replace a device that’s probably just a year old, you may want to consider it.

Someone with more of an art background may argue the Pen and screen are better for inking and painting. While I imagine that’s true, I don’t think the difference is worth the cost of an upgrade for all but the most hard-core or professional artists.

Bottom line: If you’re happy with your SP3 then stick with it and wait on the Surface Pro 5 (or whatever they’ll call it). If you have an older Surface (like my Surface Pro 2) then it’s probably worth an upgrade since the new features are quite nice in comparison.