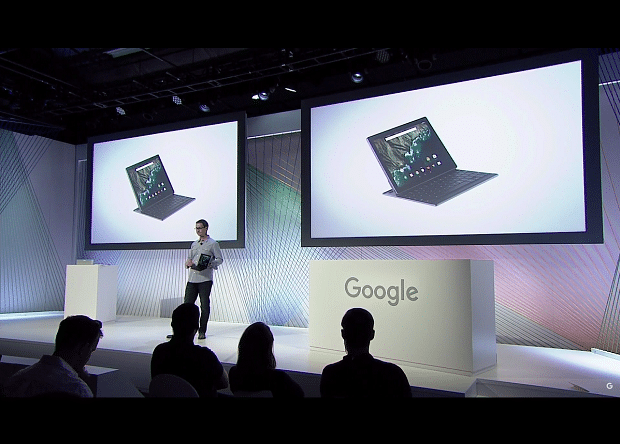 At a press event a few minutes ago, Google announced a new (very Surface-like) tablet called the Pixel C (formerly codenamed Ryu). By doing so, they join the ranks of Dell, Lenovo, and even Apple in producing a Surface clone. Google says they’re planning on having it out by the holidays. 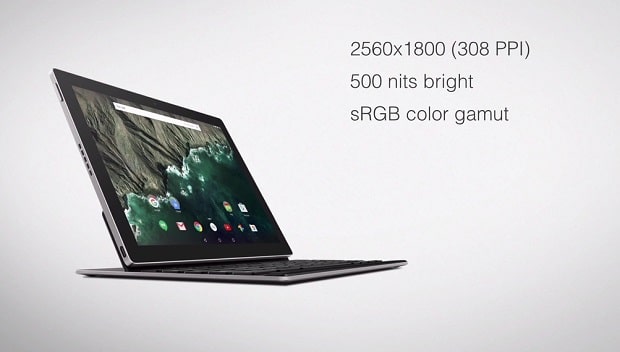 The tablet supports a detachable magnetic keyboard available in aluminum (some rumors say there will also be a leather option) for $149 USD. It sports an (actually quite powerful) NVIDIA Tegra X1 CPU, 3GB of RAM and comes with either 32GB or 64GB of internal storage. It will offer a 10.2″ 308PPI screen (2560×1800).

Since this was more of a “pre-announcement” than a product launch, we only have a little bit of information about the device. However, here’s a technical run-down of the tech specs (that we know) for the Pixel C versus the Surface 3, Surface Pro 3 and the iPad Pro:

I chose to compare the Pixel C against the i5 version of the Surface Pro 3 since the Geekbench scores I was able to find for the Tegra X1 processor put them on pretty even footing (both are better than the Surface 3’s Atom and iPad Pro’s A9X processors, especially when comparing the multi-core test scores). 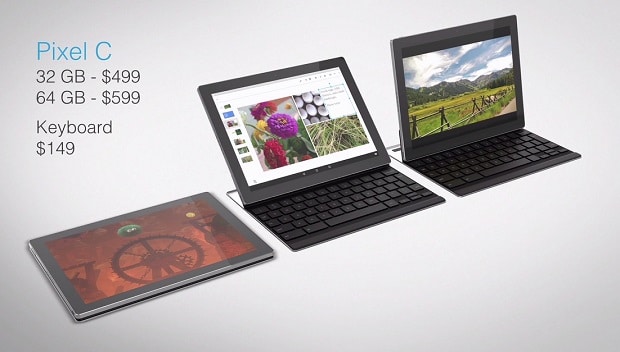 Since it was just announced, I obviously haven’t had an opportunity to “lay hands on one” yet. However, by looking at the specs and extrapolating from other information, I can make a few educated guesses:

That’s it for now. When we hear more information about the newest Surface clone on the market, we’ll let you know.