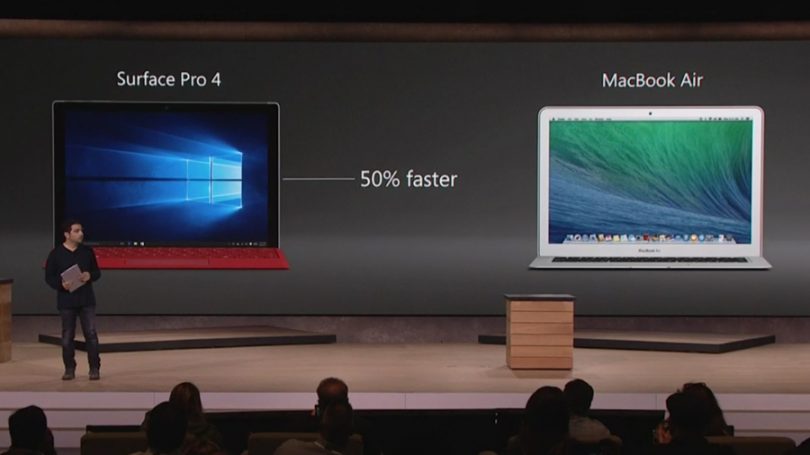 Hey everyone, today I wanted talk about my personal experience from a Macbook Air to Surface Pro 4.

I am an average user of a Surface Pro 4 i5 processor with 128GB of storga and 4GB of RAM.

The major differences for the Surface Pro 4 to the Macbook Air are:

I have no real complaints about the Surface Pro 4 other than the previous battery life issue.

The on and off screen time was clearly a useless function in the early 2016 and battery would rapidly drained on sleep mode.

Unlike the Surface Pro 4, the Macbook Air has a much better battery life.

Nevertheless with some firmware updates, the battery life of the Surface Pro 4 was slightly solved.

The firmware updates was the key component of saving my Surface Pro 4 experience.

Microsoft is avidly looking for an upgrade performance and new features through updates. In that respect, I feel reassured about bugs and defects.

I also found that The Surface Pro 4 receives the new features first compared to other Windows computer.

I had no complaints about the Macbook Air’s screen but I would have to give it to the Surface Pro 4.

Not only it is a higher resolution, the colour saturation is more vivid.

Furthermore the touch screen functionality is really responsive and it makes a really good tablet.

I would have had a better experience using as a tablet if Windows tablet OS featured better apps and functionality.

Unfortunately this is where is goes downhill for the Surface Pro 4.

The keyboard ergonomic and quality is not worth the price range of $129.99USD.

In terms of the concept, it is really good but the execution of the built quality does not do justice.

This is a very subjective and some may like the Surface Pro 4 typecover.

Fortunately, for those who think alike we have an option to use a third party keyboard through bluetooth.

I do realize that I went a little rant about the keyboard but other than that I am really satisfied with the Surface Pro 4.

Till this day I still find new options and I take advantage of the customization portion of it.

The Macbook Air lacks customization and only allows you to use their OS.

Although Apple’s operating system does not disappoint its users.