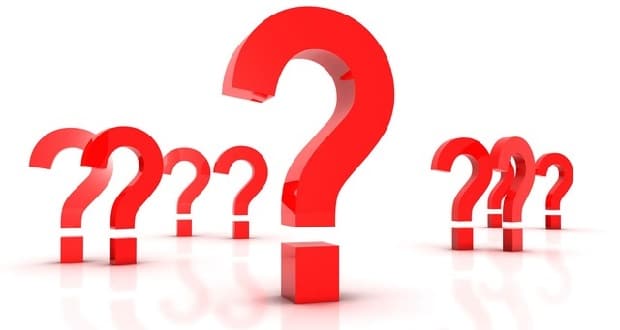 This month (yesterday, actually) marks 3 years since we started Love My Surface and, lately, it seems more and more people keep asking me the same question… “how can you keep being a proponent of the Surface with all of its problems?”

Well, it’s simple: every system has its problems, you just have to find the one that works best for you and where its problems don’t bother you as much as the others. It just so happens, that the “growing pains” the Surface has experienced throughout the last three years, annoy me less than other systems’. And yes, this includes other Windows-based systems.

We all know that Apple fans are “die-hard loyal”. I know many of them believe the Macs are “better” or more reliable than Windows PCs but they’re not. From years of experience in both Apple and Microsoft worlds, I know that Apple products have just as many problems as PCs, it’s just that they’re different types of problems and the Apple “Fanbois” can usually live with them.

Don’t get me wrong, like most of you, I have moments that make me love my Surface a little less when they happen. For example, right now, I’m typing this on my venerable Surface Pro 2 because my, only a couple-months-old, Surface Book will not start immediately and, instead, it comes on at some random time (30-60  minutes) after I press the power button (and it goes straight into the UEFI settings).

You better believe that’s going to be a trip to the Microsoft Store for an exchange.

However, I don’t blame the Surface Book or Microsoft because I live very close to the ocean (my choice) and I know the constant humidity (not to mention salt air) plays havoc on consumer electronics and appliances. I mean if I look at the top of my refrigerator, it’s totally rusted out. Another example, we bought a new bathroom scale less than 6 weeks ago and it, too, already has some surface (no pun) rust on it.

How can I blame Microsoft for that?

And, you know what? I often have frustrations with other computers here, as well. For example, I was helping a neighbor with a computer problem a few months ago. Her several-years-old laptop was simply on it’s last leg and was dying a slow death. It wouldn’t turn on all the time, attached devices would just stop working, things like that…

So, I helped her pick a better HP laptop with a nice set of specs – she was not comfortable with a tablet yet. The HP was actually overpowered for what she needed but the price was right.

When she got it, there was a hardware problem right out of the box. The included webcam and microphone array were defective. Since one of the things she uses her computer for is Skyping with distant family, that was unacceptable.

After hours of going around with HP support about it, we finally just exchanged it and picked a new model. It took hours and a lot of frustration and neither of us were happy about it. So, can computers really piss me off? Absolutely!

And by the way, I’ve had similar experiences with Apple computers and iPads in the past, so… no, it’s not a just a “PC problem”. But I digress, back to the topic of this post…

Do I Still Love My Surface: The Good Points

Frustrations aside, the Surface offers a lot of features and advantages I really like.

Do I Still Love My Surface: What About The Bad?

Of course there are some issues with the Surface. Right now, the main one seems to be all of the (annoying) problems plaguing the Surface Book and Surface Pro 4, such as the long-standing battery drain issue (recently patched) and the new screen flickering issues that have re-appeared.

I don’t know how many times someone has contacted me privately and told me that they would NEVER get a Surface because of all the problems they read about on this very website.

However, many of those folks don’t realize, there’s a few things going on that tend to make everything look worse than it really is:

Once you understand the above points, it’s easier to “look past the noise in the data”.

Once I factor in the positive points about the Surface, it becomes clear to me that the Surface is an awesome little machine with lots of good features and that simple reason is why I still love my Surface. And it’s only getting better!

I feel that the number and type of problems I have with Surface tablets, is relatively minor and acceptable, and that Surface tablets are as close to a perfect device, as it gets. I say this even despite the problem I’m having with my Surface Book now – ha ha.

Your opinion may vary and that’s OK, after all I can’t force you to be right (just kidding).