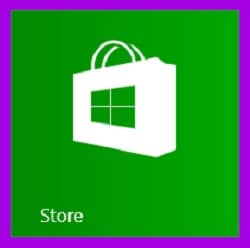 Are there more apps coming for the Windows Apps store?

The answer is: very likely

The number one complaint I hear from folks that switched from an iPad to a Surface 2 is the lack of their favorite apps in the Windows App store. Yes, there are some alternatives to the most popular apps but I can’t say that I blame anyone for wanting their apps to be available across all platforms.

You may have heard about the Microsoft recent partnership with Adobe. They have been advertising and touting Adobe products for Windows 8.1. I suspect that this means more touch versions of Adobe software will be available soon via Windows Store.

This may also potentially be a game changer for the Surface Pro 3 line of tablets. With the already amazing digital pen capabilities, the only thing Surface Pro 3 needed is some good graphic software – can we say Adobe?

Yep, Adobe released a new version of Illustrator that is optimized for the Surface Pro 3 and its touch capabilities. So, designers can now create beautiful things on the go – who would complain about that?

See this excellent article from Mashable on what this partnership could mean for Surface tablets.

You may have also heard about the long standing partnership between Twitter and Microsoft. This past summer, Microsoft announced that it will integrate Twitter in its Bing search results even further. Everyone is hoping that this means that Twitter will finally pull its out of its head and finally create a better Windows Twitter app – I know I sure would like one. The current one is pretty limited.

In any case, I think Microsoft has finally heard the constant complaints about the lack of apps in the Windows App Store because they recently announced the release of their final Kinect SDK 2.0, which allows developers to sell their apps in the Windows Store.

In addition, it seems that software companies have also realized that Windows mobile devices provide a good market, and there are now quite a few more Windows Phone apps in the store – like the long awaited Pandora and Spotify music streaming apps – so I suspect it will only be a matter of time before they are available for the Surface RTs too.

Incidentally, on Surface Pro 3, you can install just about any full-blown Windows software, so lack of apps is not an issue. But as an owner of one of these devices, what I would like to see is more “touch friendly” apps – come on Microsoft, where are the Touch Office apps?!

Even more interesting is that there are movements started by folks like you and me (that simply like Windows products, i.e. Windows Phones, Surfaces, and other Windows based tablets) to petition many companies to develop more apps for the Windows store. I think it’s awesome that the customers have taken it upon themselves to solve the problem – give me a petition, I’ll sign!

So, what does all this mean? Well, I sure hope that it means that there are more apps coming to the Windows Apps store, don’t you? It seems that all the signs are there and Windows App Store may soon be getting more useful apps and finally begin to catch up with Apple and Android stores.

You may also like our posts: Seven Things We Love About Surface Tablets and Troubleshooting Tips If USB External Drive Is Not Recognized On Surface.