Earlier today, Terry Myerson from Microsoft announced several new technologies during a webcast from the Microsoft Campus in Redmond, Washington.

There was a lot of interesting and exciting things outlined in the webcast, such as Windows 10, HoloLens, and Surface Hub which s lot of other tech sites are talking about.

However, being that this is Love My Surface, I’m going to focus on how these new technologies will affect the Surface line of tablets. As such, most (almost all, actually) of this post will be talking about Windows 10 and it’s associated features.

Cortana: As we reported earlier, as part of Windows 10, Microsoft’s personal digital assistant, is coming to the PC. It seems, Cortana’s icon will be next to the start button on the task bar and, like she currently does for Windows phones, serve as a natural-language interface for your Surface.

Continuum: This feature was conspicuously missing from the Technical Preview as it seemed to be more focused on shoring up the shortcomings of Windows 8 on mouse and keyboard machines.

In case you’re not familiar with it, Continuum is designed specifically for convertible devices – like the Surface – which can switch from a mouse and keyboard to a touchscreen and Stylus.

Hopefully, it will be available to test soon.

Project Spartan: As we reported earlier this month, Microsoft is replacing Internet Explorer with a new browser code-named Project Spartan, designed for Windows 10 and including new features and integration with other Microsoft services. 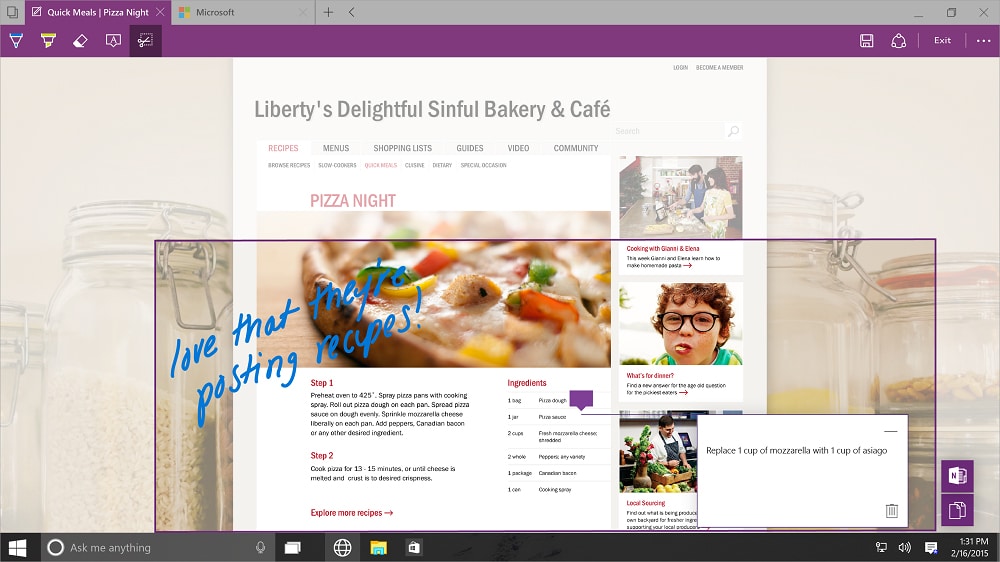 New Office Apps: There will be new versions of Word, Excel, PowerPoint, OneNote and Outlook which have been designed from the ground up to run on Windows 10 with touch in mind.

Using the new apps with their touch-first and inking features, you can easily create and edit Word documents, annotate slides in PowerPoint presentations and create or update spreadsheets using just touch (or stylus).

This version of Office is currently in development, and Microsoft says there will be more information about it in the coming months.

Universal Apps: Universal apps are designed offer a consistent, touch-first experience across phones, tablets (like the Surface) and traditional PCs. It seems there will be be new, Universal, apps for the following Modern Windows 8 apps:

While you’ll only access them on your Surface (right?)  these updated apps have an updated design in Windows 10 that look and feel the same from app to app and device to device.  The data is stored and synced through OneDrive, so you can start something on one device and finish it on another.

Xbox App: For the gamers in the audience, Microsoft also announced an Xbox app for Windows 10 machine which will bring over Xbox One features like your messages, friends list, and activity feeds. You’ll also be able to chat with people on Xbox Live and see achievements and videos from your Surface. You’ll be able to record your own videos as well. 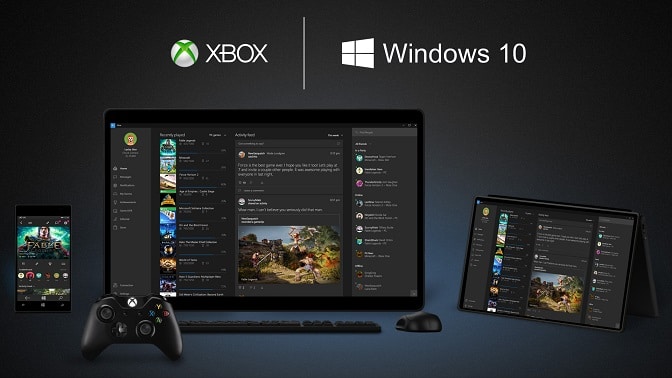 If you want, you can see the whole webcast with the Windows 10 Announcement (Windows 10 Story) but be prepared to spend a little time since it’s over 2 hours long.

If you do watch it, though, you’ll be able to see more information about some other cool things announced today like the Surface Hub (basically a giant Surface for presentations and group work) and HoloLens (Microsoft’s answer to Google Glass – concept image below). 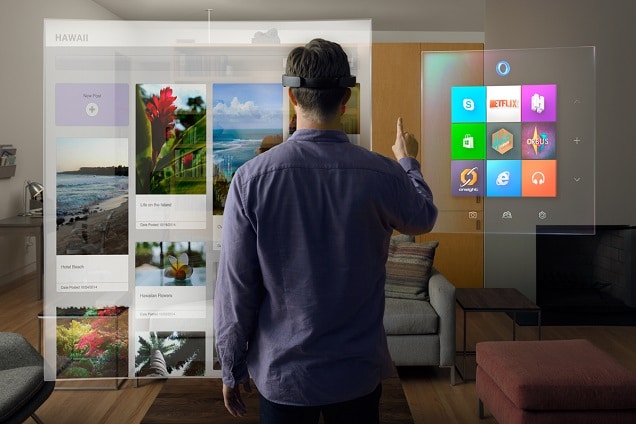