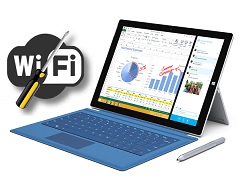 If you are an early adopter of the Surface Pro 3. You may have experienced some WiFi issues. If so, you’re not alone. Folks started reporting issues related to wireless networking issues as quickly as a week after the Surface Pro 3 was released.

And, you may have saw Joanna’s opinion on the subject a few days ago.

In part to address these issues, Microsoft released the July 2014 updates. Included was an update to help improve some of the WiFi issues being reported. At that time, Microsoft indicated there would be an additional update issued today (July 16th) to further address the WiFi problems.

On the 14th, a Microsoft spokesperson posted on the Surface Support Forums indicating that the second July update for Surface Pro 3 WiFi would, in fact, be released on the 16th and that it should address most (but, I guess, not all) remaining problems.

The implication is that Microsoft is continuing to work on the issue so, if you’re unlucky, the two patches to date won’t completely solve it (though they should help somewhat) and you might need to wait on additional patches before you can enjoy your Surface Pro 3’s full capabilities.

True to their word, I checked this afternoon and there were updates that were released today. The one of interest to me was the one named System Hardware Update – 7/16/14.

According to the Surface Pro 3 Update History page, the patch included the following fixes:

A fix for the Surface Pro 3 WiFi Issues: Getting the Update

If you’ve been having Surface Pro 3 Wifi problems you’re going to want this update. The easiest thing to do is wait. Since it’s marked as an important update, it will (depending on your settings) eventually pester you to install it.

However, if you can’t wait, do the following:

So, after all that you’re probably saying to yourself, “Cool, but does the fix work?”

Well, I can tell you that it seems to have done the trick for us. Let me show you what I mean.

Our Surface Pro 3  has been having issues pretty consistently. Mostly WiFi speed performance and disconnect problems. Using Network Speed Test from the Windows Store, I ran 3 tests just before installing the new update and got the following results (click on the picture for a larger version): 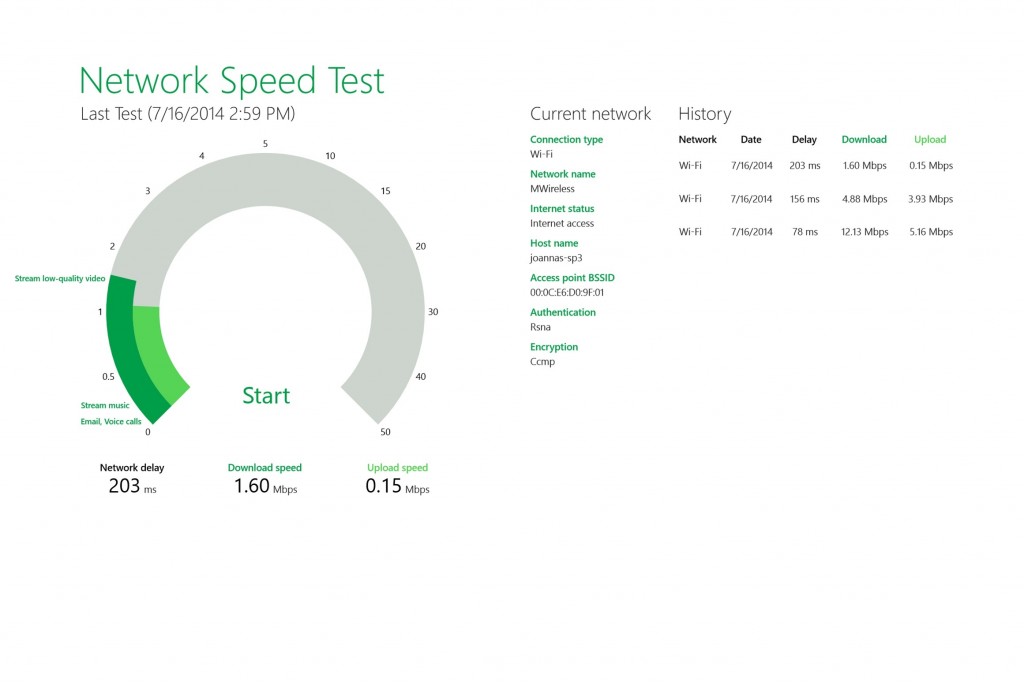 If you look along the right side, you can see the speeds of my “before” runs.

After installing the System Hardware Update – 7/16/2014 and restarting, My results were dramatically improved (click on the picture for a larger version): 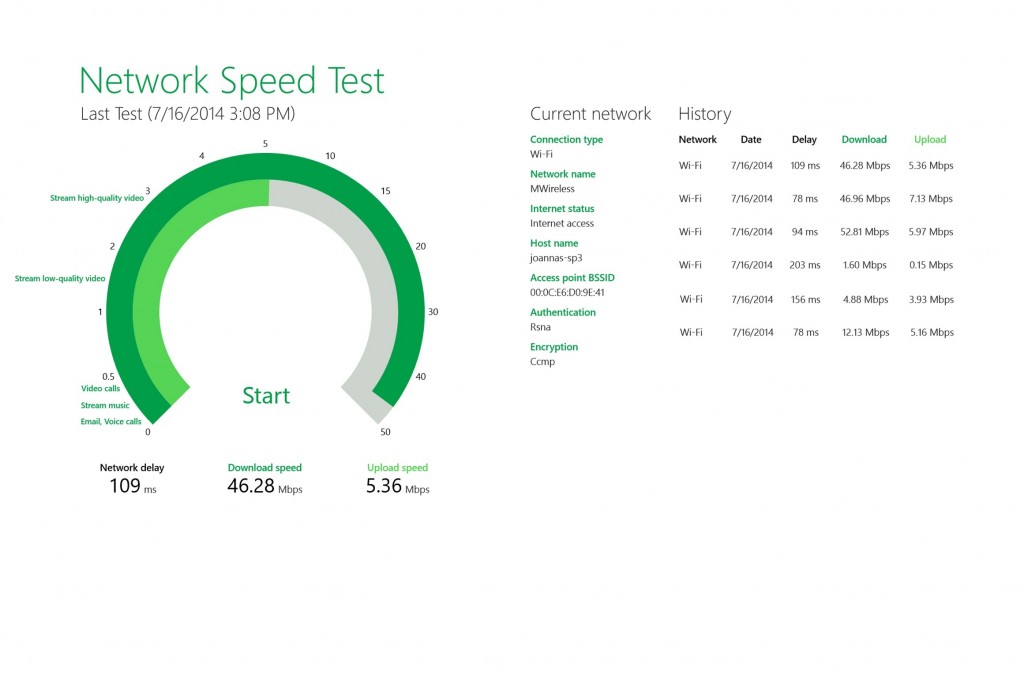 For us, the update seemed to help. We don’t know if it will eliminate the BSODs Joanna was seeing earlier yet but, it’s off to a promising start.

However, as we said before, Microsoft said that they haven’t yet addressed all of the issues. So, hopefully, if you’ve been having problems with a Surface Pro 3 and WiFi this latest patch will resolve your problems.