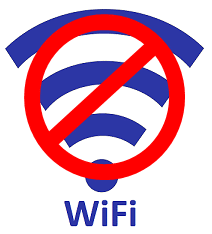 If you’ve been having WiFi issues on your Surface Pro or RT, you’re not alone. Many people have reported unhappiness because they can’t connect reliably to WiFi from their Surface. I imagine this is exasperated by the fact that the Metro SkyDrive app doesn’t sync to the local device so if you cant connect to wireless, a Surface RT is just an expensive back-lit cutting board – OK, not really but you get what I’m saying.

If you’re one of the lucky folks who haven’t had this problem, people have been seeing the following:

Surface RT devices have already had two updates to fix problems with ‘limited’ WiFi connectivity with one in December and one in February. The Pro isn’t doing much better with an update in March that was intended to solve the issues.

Both devices got another patch on the 9th of this month (April). Microsoft seems to be struggling to solve this problem but, hopefully, they’ll get it right this time.

The patches should get to your Surface automatically (if they haven’t already) or you can grab them manually through Windows Update by doing the following:

Hope you find this helpful.