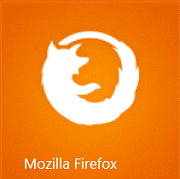 If you’re missing Firefox on your Surface tablet, I have some good news.

A few days ago, Mozilla released Firefox for Windows 8 Touch Beta. It’s a new version of their web browser aimed at Windows 8.x-based tablets like the Surface.

You can read more about it on the Mozilla Blog.

Like Google Chrome, this version of Firefox can be setup as the default browser and used as a full-screen Metro application. In addition, they seem to have followed Microsoft’s rules on developing browsers for Windows 8. That means that you can switch back and forth between the Metro and Desktop version of the browser just like with IE.

So, if you’re lucky enough to have a Surface Pro, you can download the beta. The installation was pretty straight forward but, in case you need them, you can find Mozilla’s instructions here.

If you have a Surface RT or Surface 2, you’re not going to be able to install it. At least not yet. I’m hopeful that because Mozilla seems to have followed Microsoft’s rules on building a Metro application there is a possibility (however slim) that it will eventually be something that can be installed on a Surface RT machine.

In this section, I’m going to go over my impressions of the Firefox Touch beta browser.

The installation was pretty effortless using the instructions from Mozilla but I did notice that when I was finishing up the installation and was given the chance to import my bookmarks, it only imported them into the Desktop version. They were missing from the Metro version of Firefox.

Not a huge deal especially considering it’s a beta product but it’s something you should be aware of if you try it out.

Overall, the browser was pretty easy and intuitive to use.

If you don’t have any pages open or if you start a new tab, you get the new tab page. It conveniently displays the Top sites that you visit most often, your bookmarks and recent sites in a tiled interface that works well. 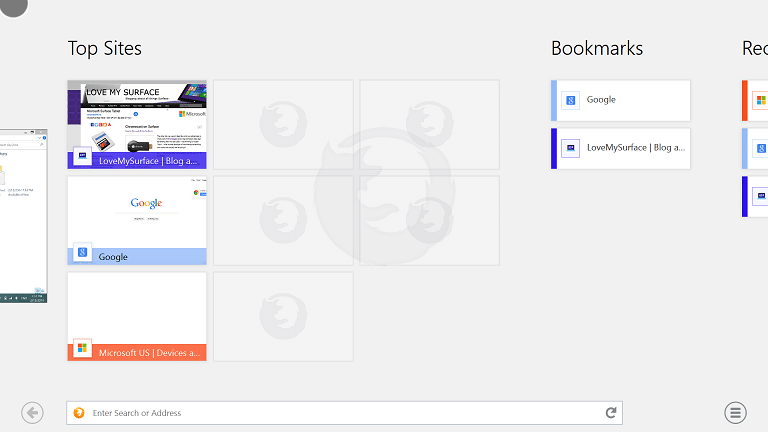 .You can pull down tabs by swiping in from the top. 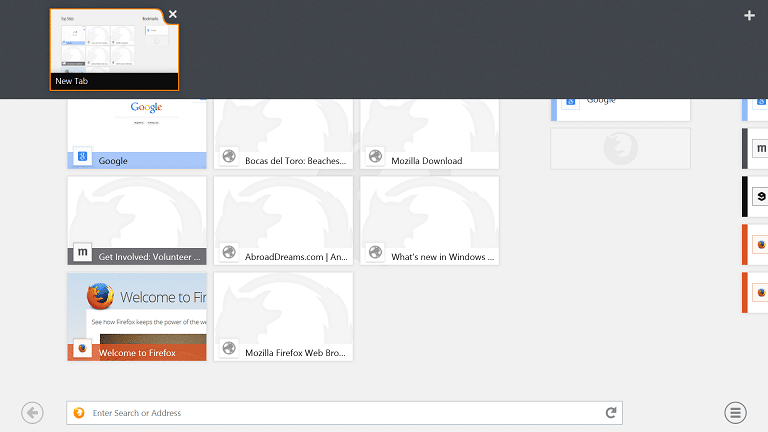 You can also swipe in from the side to get to the options and help documentation from the Settings charm. I really like that the clear browser history is right there under the options. You don’t have to dig as deep as you do in Internet Explorer to get to this option. 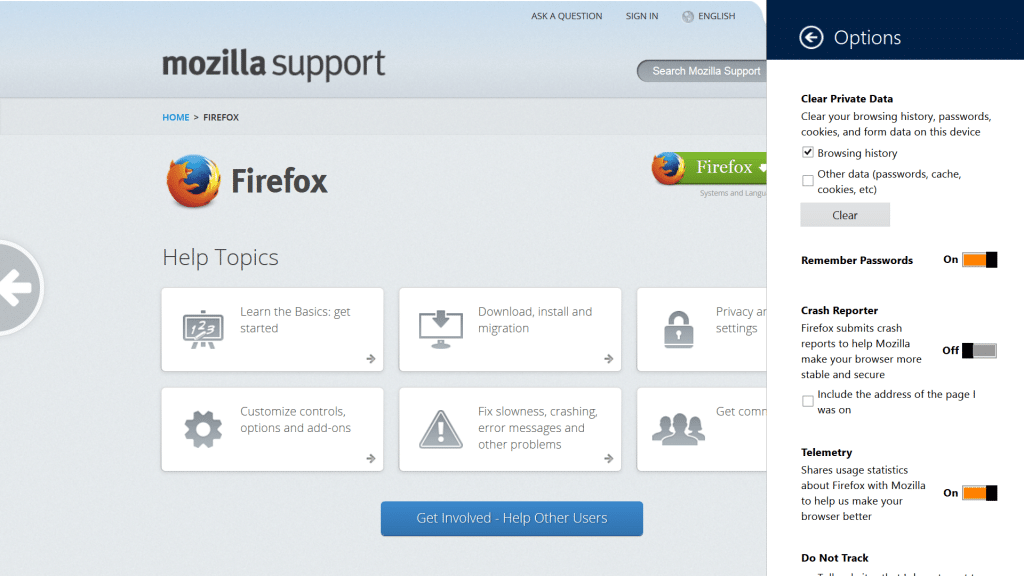 Funny enough, my favorite feature is the “thumb buttons” on the left and right of the screen that appear when you have a page open. The one on the left takes you back to the previous page and the one on the right opens a new tab. 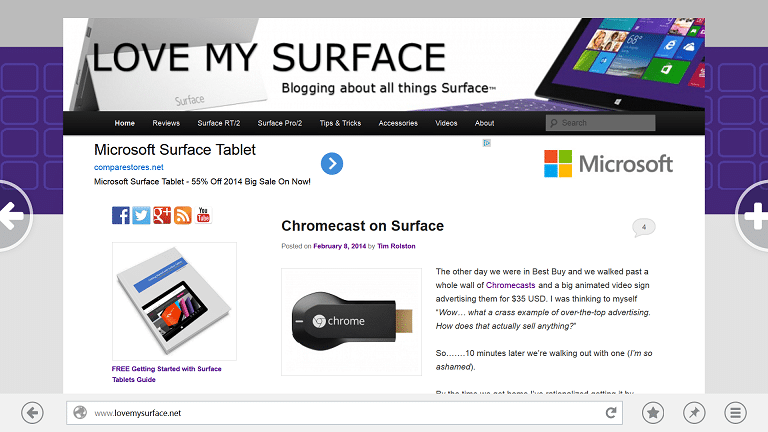 Sometimes it’s the simple things that really work for me. This is a good example.

I think Mozilla came through on this one. This beta version of Firefox on Metro is fast, clean and intuitive. It’s likely to become the primary browser on my Surface Pro 2.

If they can get it in the Windows Store, so that it can be loaded on Windows RT, I think it would make a great little tablet even better.

Go ahead and give it a try if you get a chance. I’d like to hear your thoughts about it.