In October, Joanna and I were in Best Buy and we walked past a whole wall of Chromecast devices and a big animated video sign advertising them for just $35 USD. I was thinking to myself “Wow… what a crass example of over-the-top advertising. How does that actually sell anything?“

By the time we got home, I rationalized getting it by telling myself that we could write a post on using Chromecast on Surface tablets (yeah, that was the plan all long).

OK, so let’s start with the bad news. Chromecast devices require Chrome to be installed for full functionality and you just can’t install it on a Surface RT or Surface 2. This isn’t as big of deal as it used to be since those devices are getting a bit outdated but some folks still love and use them (as do we – Joanna still uses here purse Surface, aka Surface 2 LTE every day).

However, all is not lost as there are a few apps in the Windows Store that will let you use a Surface RT or Surface 2 with a Chromecast. AV Cast and Tube for Chromecast are a couple of examples. I can’t comment on how well they will work for you but they are available.

If you have a Surface Pro, Pro 2, Pro 3 or, Surface 3 you can utilize the full functionality of Chromecast, all you have to do is install the Chrome browser. 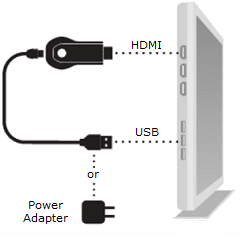 The setup is pretty simple. You plug the Chromecast into your TV via an available HDMI port (yes, you need HDMI to use it) and plug the cable into the USB port for power (if your TV has one). If your TV doesn’t have a USB port, simply use the included power adapter and plug it straight into an available power outlet.

Some people have said that they thought the USB needed to be plugged into the TV for it to work. That is not true, the USB is just needed for power.

Once the hardware is plugged in and working, the next step is to make sure you have Chrome installed on your Surface.

I’m not going to get into a lot of detail on installing/configuring the Chromecast app for two reasons….

You should be given the option to install the Chromecast extension at the end of the setup procedure. However, if you missed it or wanted to install it on more than one machine, just go to the Chrome Web store and search for the Google Cast Extension (I have no idea why they didn’t keep the name consistent).

Chromecast on Surface: What can I play on it?

OK, now that you have it all working, you’re probably wondering “what can I do with it?” Well, actually it’s a “one-trick pony” but… it’s a pretty impressive trick…

In it’s most basic functionality, the Chromecast device will allow you to stream a tab in your Chrome browser to a TV, projector, or monitor that the Chromecast is connected to via it’s HDMI connector.

In addition to allowing you to display a tab from your Chrome browser, there is also a whole plethora of apps that can direct connect and display on your Chromecast. 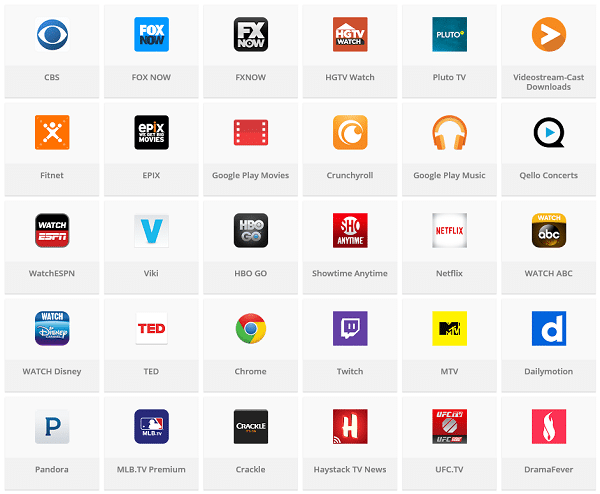 You can see a list of these apps here: Google Cast Ready Apps

Now, there are a few things you need to know about Google Cast Ready Apps to save yourself a bit of potential frustration down the line…

That second bullet is the one that, I believe, frustrates the most people. It says the Netflix app is supported but, if you install the Netflix app from the Windows store, you can’t cast it.

So now, let’s cover how to cast just a web browser tab through the Google Cast Extension.

This opens up the possibility of using your big screen TV for web surfing while keeping the convenience of the touch interface (as opposed to using the clunky remote control commands you have to use when using most TV based browsers). 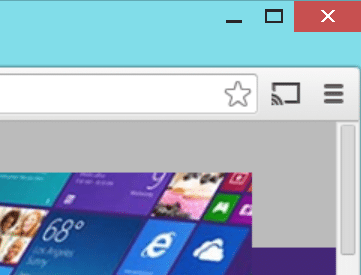 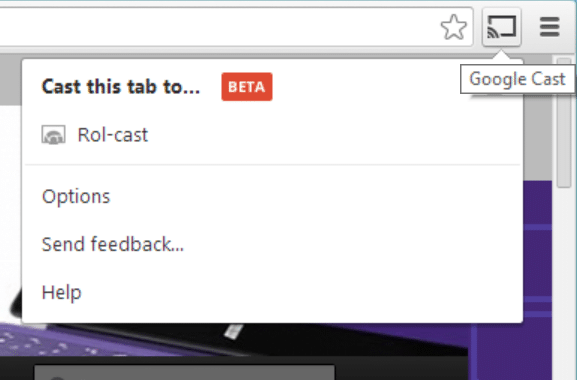 That’s it. It will keep streaming the tab until you either turn it off, tell it to stream a new tab, or close the tab.

Chromecast on Surface: “Cast” Netflix to your TV

To give you a different example of using a Chromecast with a Surface tablet (and since you can’t use the Windows version of the Netflix app to do it) let’s run through casting a Netflix movie using the Chrome browser. Of course, to do this, you need a valid Netflix subscription. 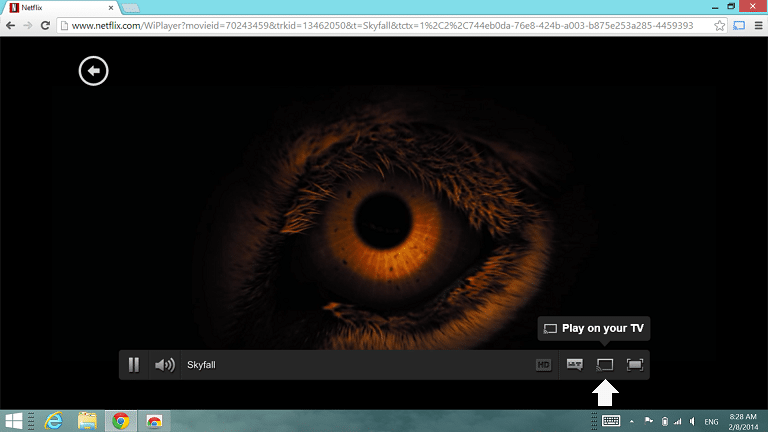 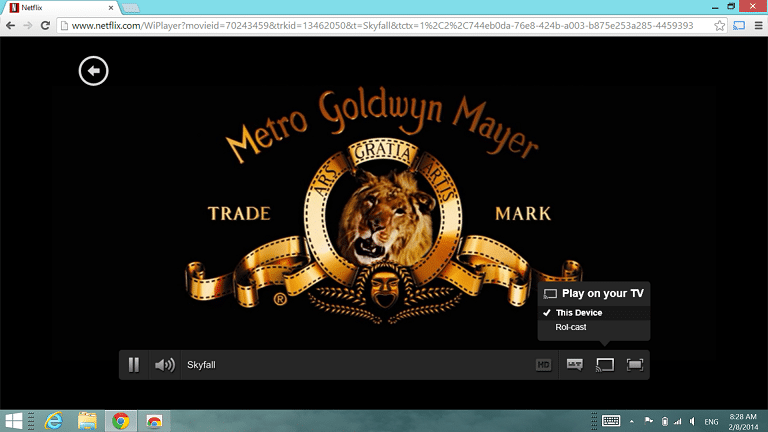 After the devices sync up, playback will be handed-off to the Chromecast and your Surface’s screen will change to something pretty much like the one below (guess what movie I was watching): 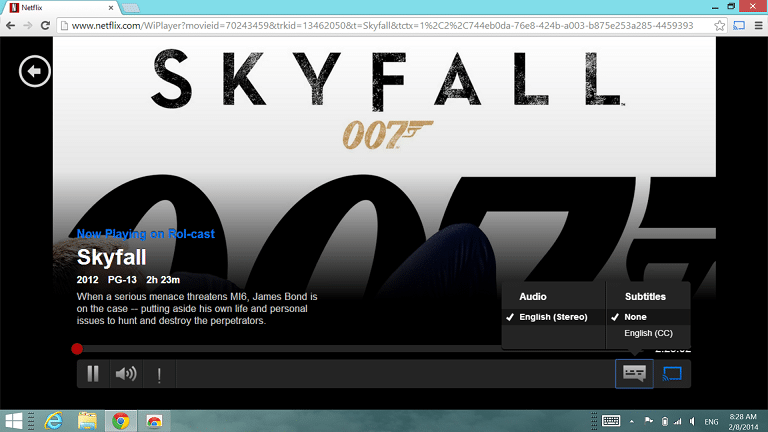 This is cool because it allows you to control the movie right from your Surface as if it were a remote control. For example, you can:

So long as you leave the Netflix tab running, you can switch over to another task like bringing up a web tab or even playing a game (yes, my ADD kicked in and I tried it during a boring part).

I hope you found this post informative or helpful and I’d love to hear from you as to what you think.