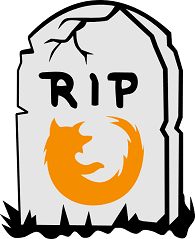 Last month we reported on our experience with the beta version of the Firefox Metro browser.

Mozilla has been working on it for a while but a release version never quite came to fruition and yesterday, Mozilla announced that it is cancelling the project.

It’s no secret that many users have expressed dislike of the Metro (or Modern) interface, often stating they are less productive with it. There is probably some truth to that when using a mouse and keyboard PC as it simply doesn’t work as as well as with a touchscreen.

Johnathan Nightingale, the Mozilla VP in charge of Firefox said yesterday on the Mozilla Blog “We’ve been watching Metro’s adoption. From what we can see, it’s pretty flat. On any given day we have, for instance, millions of people testing pre-release versions of Firefox desktop, but we’ve never seen more than 1000 active daily users in the Metro environment.”

Nightingale continues, “we could ship it, but it means doing so without much real-world testing. That’s going to mean lots of bugs discovered in the field, requiring a lot of follow up engineering, design, and QA effort. To ship it without doing that follow up work is not an option. If we release a product, we maintain it through end of life. When I talk about the need to pick our battles, this feels like a bad one to pick: significant investment and low impact. Instead, we pull it“.

Firefox Metro DOA: Why is it being killed?

In the blog post, Mozilla cited low usage of the beta software as the basis of the cancellation. While I’m certain it was a factor, I don’t think it’s the whole truth.

While it hasn’t been outright stated anywhere, I believe the main reason the Firefox Metro project was cancelled is because it became very clear Microsoft was never going to let them make a version to support ARM based computers.

If Mozilla created a version of Firefox that supported ARM based machines (like the Surface RT or Surface 2) then it’s probable that Firefox would have been available in the Windows Store. If Firefox was available to all machines running Windows RT, then Internet Explorer would lose its stranglehold in that market segment and Microsoft probably doesn’t want that.

Let’s face it, the main reason we were excited about the Firefox Metro beta wasn’t because we love Firefox (though Joanna does use it as her primary browser on her laptop). It was because it looked like Mozilla was trying to follow Microsoft’s rules so there was at least a possibility it could be used on ARM based tablets in the future.

I know Internet Explorer has developed into a fairly fast and secure browser (yes, opinions may vary) but sometimes you just want options. This game of trying to lock down Metro so that IE is the only option reminds me (and many other people) a lot of the browser wars of the 90’s.

If the possibility of a future ARM-based version was taken away by Microsoft then I don’t see a reason for Mozilla to continue expending resources to develop the Firefox Metro version. Especially since x86 based machines (like the Surface Pro) can install the regular version of Firefox without any problem.

So, what do you think? Is Mozilla making a mistake or is this a smart move? Is Microsoft being dumb for preventing Firefox from being supported on ARM-based tablets?

We’d love to hear your opinions.