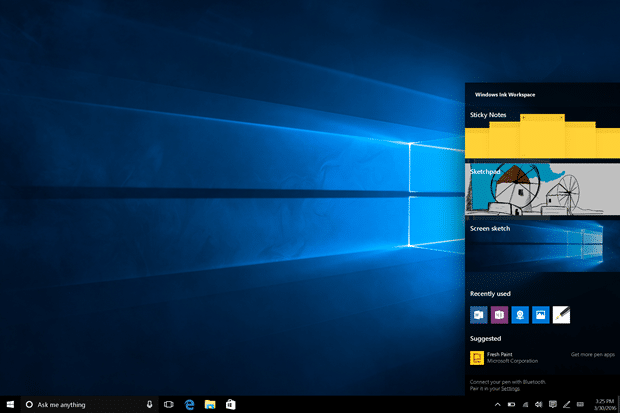 (above is a screen shot of Windows Ink Space)

The Anniversary update is coming on the August 2nd. And part of its update includes what Microsoft calls it “Windows Ink”. Sounds like something a touch device such as the Surface Pro 4 and the Surface Book could use, right?

Microsoft is becoming more serious about supporting pen devices at the OS level. This time around, they have implemented a new set of pen-related capabilities at the OS level. Up to this point, Microsoft treated pens as if it is similar to a mouse – it does what mouse does in addition to the pressure sensitive touch. And since it implements mostly what mice do, its not any easier to use than a conventional mouse. There are some apps that are aware of pen hardware and lets you use them but you can obviously tell that the apps weren’t designed from ground up to use a device like a pen. Without pen support at a OS level, these features will never feel graceful to use. I basically don’t use my pen at all for this reason other than when I need to write notes freehand style.

Microsoft claims the Windows Ink will allow applications to respond to pen input “more naturally”. Rather vague to me, me thinks! My take on this is that since this is mostly a lower level framework, you are not going to see a huge improvement in your work flow immediately. Like any other APIs, you need good apps that use them to have any use for the underlying hardware.

For the initial release, Microsoft is providing what they call “Windows Ink Workspace”. This workspace is a place for you to find all useful pen-enabled apps and applets such as Sticky Notes, Screen Sketch apps, and all-new Sketchpad. It will also show all pen-enabled apps you ran recently. You can activate it by either clicking on the button in the system tray or (more likely) click on the back of the pen. I would say this is pretty spartan for the initial release. These are simple apps Microsoft included as an idea so that other app developers can come up with more complete apps, although for simple use, I could see myself using them.

Here are some screen shots: 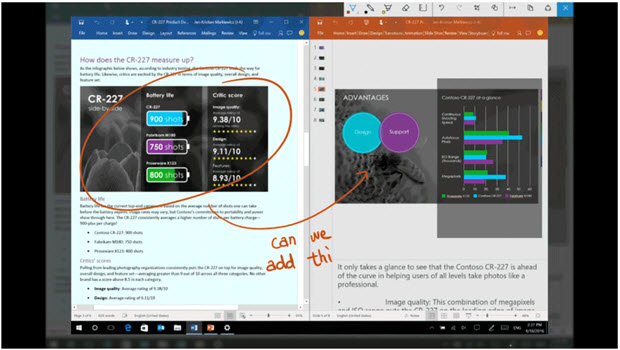 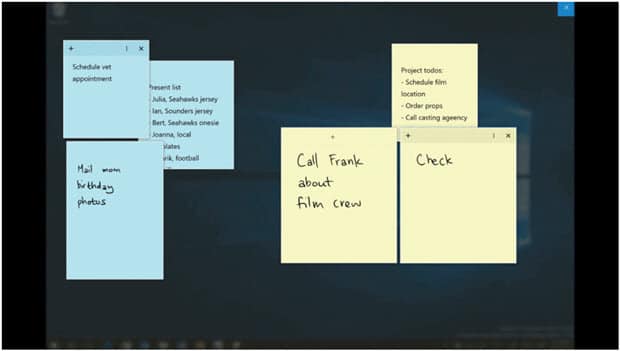 Some of the apps have picked up new features. The Windows Photo app now lets you draw stuff on photos directly. The Map app lets you draw routes and figures out the distance in real time. You can do a neat stuff like figuring out a height in 3D mode, you can even figure out heights of buildings and mountains (as a avid hiker, I may want to explore this in further depth). The Office 365 app now lets you delete a whole paragraph by scribbling on the paragraph. Highlighting is much improved as well with less chance of accidentally highlighting what you don’t want. Oh and don’t forget that ruler – you can use it just like a real one, including drawing straight lines like this: 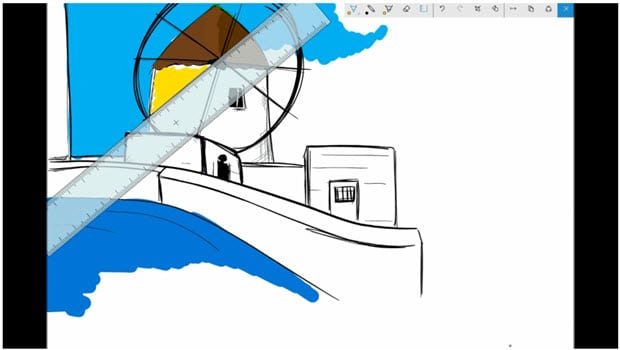 Overall, I still feel these features are immature. Many of today’s apps that are bundled with Windows don’t quite work gracefully with the pen despite much improvements. But now I feel it has enough features that I could start using the pen. I am looking forward to see other app vendors innovating in this space with the new OS level support of the pen hardware.

You can check out Microsoft’s original blog article here.

Do you use your pen? If so, what do you use it for?