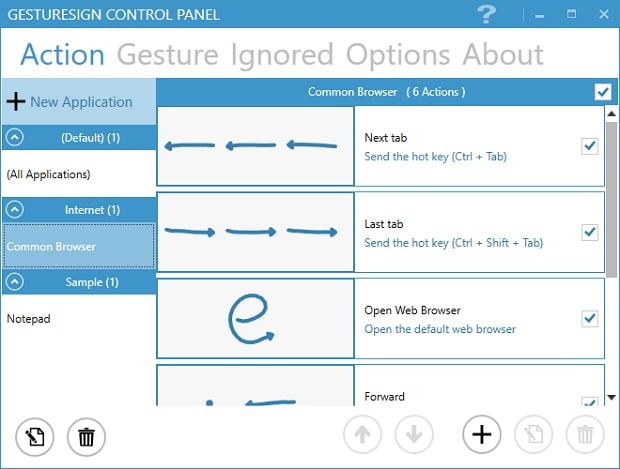 If you want to be able to customize how you interact with your Surface via touch by creating or assigning gestures to actions, you have a new choice. In the past, TouchMe Gesture Studio was pretty much your only option. and while it works really well, sometimes it’s nice to have choices.

As such, I’m happy to inform you that, the first release version (1.0.0) of GestureSign was made available a few days ago and offers the following features:

Pretty cool, right? Now that you’re curiosity is piqued, let’s take a look at how you can get a copy of GestureSign for yourself.

To get GestureSign, just go to the link below and download either the installable or portable version

When you do, you’ll see a screen like the one below. I highlighted the two download choices in the blue box. You only have to download one or the other, not both. 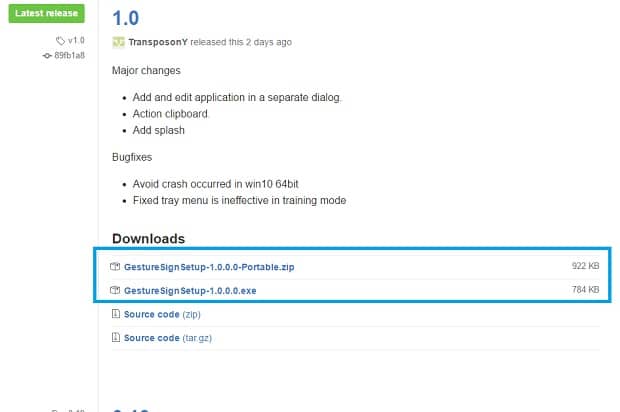 The difference between the two is simple, the installable version can be installed as any other software while the portable version doesn’t require installation to function. All you have to do is unzip the file and run the gesturesign.exe program. As such, it’s a great choice if you just want to try it out but you’re not sure about installing anything.

Customize your Surface with GestureSign Gestures: Using It

Once you have GestureSign running, you’ll notice a new icon in your Surface’s system tray that looks like a blue box with a “G” in it:

From there, you can right-click it to get some options. The one you’ll want to look for first is Control Panel, which will bring up the main application window as shown below:

During my testing the software worked well and I didn’t have any major problems but I did come up with a short list of things you should be aware of, if you choose to give it a try:

Once you have your gestures the way you want them, just start using them. The software gives you some nice feedback on screen via soft blue lines when it recognizes a gesture. This way, you know it’s working.

If you don’t want to start the software manually every time you restart your Surface, you may want to look under Options and turn on “Start GestureSign when Starting Windows”“.

So, If you’re looking for new ways to better interact with your Surface, and\or TouchMe Gesture Studio wasn’t to your liking, give GestureSign a shot. Since it’s free and you don’t even have to install it, what do you have to lose?