Microsoft pushed out a new version of the Windows 10 Technical preview (10041) to Windows Insiders in the “Fast Ring”. This version supplants the 9926 build which was released back in January.

More interestingly, Microsoft is now committing to releasing monthly updates of the Windows 10 Tech Preview during the lead-up to the official release of Windows 10 this summer.

If you’re one of the lucky folks who is eligible, you can get it now via Windows Update.

At the Windows Hardware Engineering Community (WinHEC) event earlier this week in China, Terry Myerson (EVP, Microsoft  Operating Systems) announced that Windows 10 will be launching this summer in 190 countries and 111 languages.

He went on to state that Windows is currently used by over 1.5 billion users around the world. In addition, he revealed that Windows 10 will be offered for free for all qualified PCs, genuine and non-genuine.

Yes, you read that right, even if if you have a pirated copy, you can get a legitimate upgrade to Windows 10. 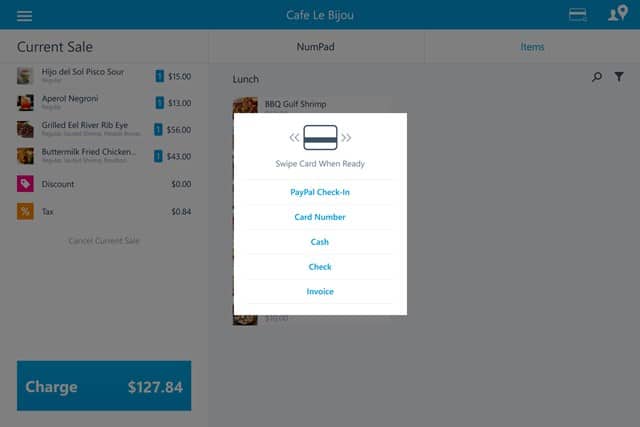 On Wednesday (March 18th), the PayPal Here app was made available for free from the Windows Store. With it (and a card reader which you can request) you can use your Surface to process credit card transactions for your business through PayPal.

In addition, PayPal is currently running a special promotion until June where you would pay just 1.9% per swipe on (eligible) transactions, instead of the regular 2.7% rate.