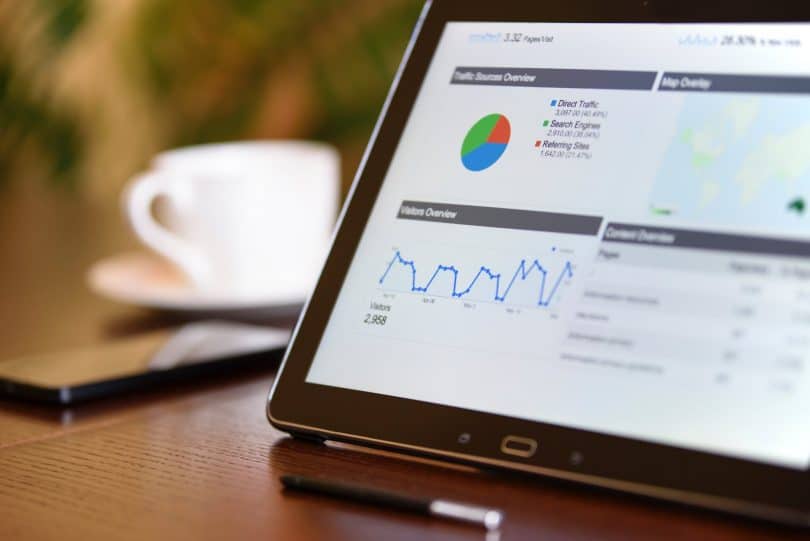 Over time you’ll probably find that your computer begins to slow down. Partly this could be down to the aging of the hardware. However, much of the slowing is due to the data that is on the drives. As more information is on the disc, it becomes slower to find what the computer is looking for on the device.

To think of it simply, imagine filling up a bag with a bunch of different objects. When you’ve only got a few in there, it’s easy to find what you’re looking for. But with a hundred objects in the same sized bag, it’s going to take forever. The same is true for your computer drive. While it’s not quite this simplistic, it’s a good way to think of the problem.

Indeed, the computer separates segments of data from one another. This fragmentation makes running software, opening files and using your machine far slower. What defragmentation software, or defraggers, do is to arrange the data closer together for greater efficiency. The result should be a faster system and even more drive space. 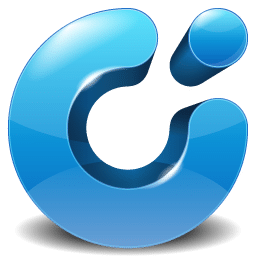 Almost certainly the most intuitive defragger for Windows 10, it’s ideal for non-technical folks. If you’re looking for a one-click solution, Disk Speedup is right for you. All you need to do is select the drive that you want and then click start. It will immediately start a scan of the drive to figure out how much fragmentation has occurred and what you can do to fix it.

After, you’ll be able to click to defragment the drive. But if you’re more technical and looking for greater customization, you can change the settings. While it doesn’t give you control over individual files or software, it’s for non-programmers. If you need extensive control, this might not be ideal for you.

However, the vast majority of users need simplicity. Rather than a variety of complicated menus, you get a large start button. It doesn’t get much simpler than this. For most Windows 10 users, this is the best defragger. It takes up little space on your computer and is incredibly effective at defragging your data.

When compared to many free or inferior software, Disk Speedup can have a significant impact on your computer speed. By fixing fragmentation, it allows your computer to more quickly access data. Their algorithm is incredibly useful and will give you better results than most other software.

Possibly the most popular solution, Defraggler gives you extensive customizability. While nowhere near as intuitive as Disk Speedup, Defraggler is the go-to option for techies. If you want detailed information outputs on the process and greater control of what it defrags, you need to get Defraggler.

After completing a quick analysis, you can decide whether you want to defrag the whole drive. Alternatively, you can select individual files. This control means that you don’t have to wait a long time when you only want to defrag certain pieces of data. While not a useful feature for most people, it’s a critical option for many advanced users.

For this reason, we believe that Defraggler is the premier choice for techies. Defraggler is by CCleaner, an incredibly popular software provider. With a free option as well as a professional edition, it’s perfect for home and business users. If you’re only looking for a free defragger, get Defraggler and don’t look back. It’s an exceptional piece of software.

Almost as intuitive as Disk Speedup, Smart Defrag prioritizes a beautiful and relatively simplistic user interface. This interface ensures that even the least technical users can defrag in seconds. From the home screen, you’ll see all of your disks. You only need to click the drive, and you’ll be able to analyze and then defragment the entire disk.

Interestingly, it also comes with two unique options. It has a feature specifically for gamers. By defragging using this method, you’ll be able to improve the speed at which your video games load and play.

Similarly, if your main complaint is that your PC isn’t turning on fast enough, there’s an option for that. Again, by creating these features, it makes operating the software easy for the average user. For this reason, we believe that Smart Defrag is a fantastic option. With a pro version filled with features, it’s ideal for beginners and advanced users.

PerfectDisk is an excellent piece of software. While not as intuitive as others and with less of a UX focus, it’s a power player. It gives you excellent customization options, allowing you to skip files and only spend time on data that you care about. For this reason, it’s best suited for intermediate and above computer users.

This program is particularly common in enterprise level suites. Its algorithm is unmatched, according to some experts, making it perfect for dealing with servers that have large amounts of data. While the average user may never use them, it comes with advanced features that can improve performance substantially.

As you might imagine, it’s not cheap. This price tag is why we’ve ranked it relatively low, given that it’s an outstanding piece of software. But for the average person looking for the best defragger for Windows 10, it’s a little bit overkill and therefore isn’t the best value for money.

Available in a free and paid edition, it’s most famous for its free version. Typically, most free options are lackluster. But that’s not the case with O&O Defrag. With a more professional interface that resembles a peer-to-peer system, you get plenty of advanced features and options.

With the option to divide folders, pre-analyze drives and check a drive for errors, it’s ideal for advanced users who don’t want to spend a dime. You can also set up regular defragging. As you might imagine, fragmentation is a constant problem. This software can defrag your drives on a weekly basis, ensuring maximum performance at all times. A favorite of many, Puran Defrag offers a variety of intermediate features with a complicated interface. While lacking some very advanced options, it’s ideal for the person who has some technical ability. If you’re looking to speed up your computer or even particular files or folders, Puran Defrag can help.

As mentioned, the main issue with this software is that the interface is poor. It’s not particularly logical, and you can tell that it hasn't had an update in years. For a smoother feel, we’d recommend a program like Disk Speedup. However, if you want a traditional feeling software, Puran is for the purists.

We believe that software should be simple. Looking at the other options, it’s clear that there’s no need for defraggers to be complicated. While what they do behind the screen is complex, it should appear intuitive to the user. Puran fails here. Not only is the interface clunky, but it’s also quite unattractive, and that’s unfortunate given the amount of competition.

If you don’t want to have to download an extra piece of software onto your already full HDD, you don’t need to. Windows 10 comes with a defragger. You can find it by searching for Disk Defragmenter. This software is effective, easy to use and far more attractive than some other alternatives.

However, it doesn’t do as good a job as some of the above options. We prefer software like Disk Speedup. While the Windows Disk Defragmenter is easy to use and being pre-installed is a huge benefit, for real improvements, it’s not ideal. The software isn’t very efficient, and you don’t get a lot of the advanced features that some users might want.

For most people, the Windows Disk Defragmenter will do a decent job. Therefore, if you’re not a technical person, we’d recommend you give it a shot. But for more serious users, it’s going to give you disappointing results. If you’re playing video games, in particular, you’ll want a more powerful piece of software to defragment the data.

Auslogics has a relatively competitive algorithm. The software does a fairly good job at defragging your data. However, it’s still subpar when compared to Disk Speedup and other top tier options. Likewise, the user interface is disappointing and doesn’t make it simple to get started.

We wouldn’t recommend Auslogics for most people. It does come with some advanced options like defragging individual files and folders. Plus, you can set it to defragment and optimize, when is a slow but effective process. However, it doesn’t bring anything interesting or new to the table.

Finally, we have Diskeeper. This software has been recommended in a variety of magazines and websites but is incredibly disappointing. The effectiveness of the software is very low, even when compared to free alternatives like the Windows Disk Defragmenter. For this reason, there is no reason to use it.

The interface is clunky and unappealing. It’s more reminiscent of a video editing suite than a defragger. For the average user, this is likely to be confusing. Software like Smart Defrag and Disk Speedup are far more intuitive, and comparisons show that they are also more effective.

The main benefit of Diskeeper Professional is that for a single license you can use it on up to three different machines. However, when free alternatives are superior, this is hardly a selling point. It’s probably best to skip this software. Give Smart Defrag a chance if you’re looking for a simple, or Disk Speedup or Defraggler for more advanced options.

How We Rank Software 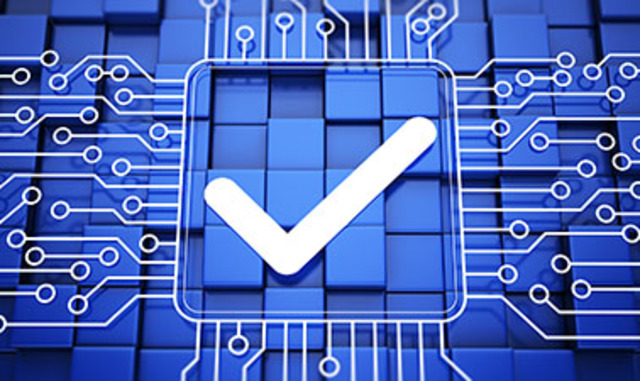 When we’re looking at software, we consider three primary factors. The first is how effective it is. For a defragger, we’re looking at how efficiently the data can be arranged to maximize speed. Depending on the algorithm they use and how well they develop the software, the results can differ significantly.

Secondly, we’ll be considering how intuitive the software is. A great design makes using the software easy. Defragmentation programs should be simple so that people of varying technical ability can use them. This simplicity is where many defraggers go wrong, making it hard for beginners to get the results that they are looking for.

Finally, we’ll be considering the value of the software. To calculate the value, we’ll need to find both the sticker price of the product as well as how well it works for the cost. While price isn’t everything, the value is critical.

After looking at all of the available options, we’ll narrow it down to a list of ten. From there, we can rank them according to their value, effectiveness, and simplicity. As a result, we hope that you’ll be able to find the best defragger from Windows 10 within seconds and with no additional research. To summarize we: