Surface News Roundup: It’s the end of another week so, here’s a few stories that might be of interest to Surface users which popped up in the past week or so… 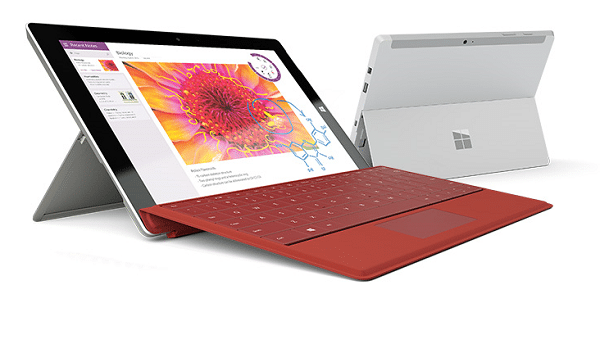 Microsoft is offering up to $150 USD towards a new Surface 3 if you trade in an older Surface tablet.

Of course, to get the maximum trade in value, you have to be trading in a pretty nice machine and accessories but, if you don’t have anything better to do with them, you might want to consider it.

Just pop on over to the Microsoft Store for details.

Surface News Roundup – 5/9/15: Windows 10 will be the Last Version of Windows

At this week’s Ignite Conference, Microsoft Employee Jerry Nixon said… “Right now we’re releasing Windows 10, and because Windows 10 is the last version of Windows, we’re all still working on Windows 10.”

He was explaining how Microsoft was launching Windows 8.1 last year, but in the background they were developing Windows 10. Now, however, they are not working on the “next version”.

While it sounds like Microsoft is killing off Windows (or at least the Windows name) the reality is more complex. They are moving into “Windows as a service”, as opposed to discreet versions as they have been doing for years.

At this week’s Microsoft Ignite conference, Senior Creative Director Ralf Groene talked about the grueling process that went behind the designing of Microsoft Surface.

His presentation included images of a few early prototypes, and also revealed that the product was entirely concieved at Microsoft’s Redmond campus.

Surface News Roundup – 5/9/15: Microsoft Goes through with the N-Trig Acquisition

We first reported on this back in February but, it seems, that Surface Pro 3 and Surface 3 tablets.  As usual, terms of the deal weren’t disclosed, however, the The Wall Street Journal reports Microsoft paid about $30 million for the technology.