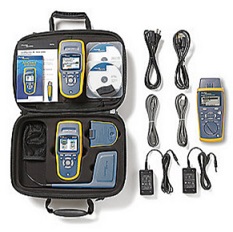 Today, I’ll be talking about how to turn your Surface Pro into an approximate facsimile of a Fluke LAN Troubleshooting Kit and I’ll do it for a fraction of the price.

Before I start, let me make it clear that I’m not covering cracking WiFi passwords or wardriving or anything like that.

I’m just going to present you with an overview of (mostly free) tools and accessories that you can load onto a Surface Pro/Pro 2/Pro 3 tablet to replicate much of the functionality of the $6,161.00 USD Fluke tester kit I linked above (and maybe even a few things the Fluke can’t do).

For those of you in IT looking for a business case to get your boss to buy you a Surface Pro, you’ll want to pay attention. 😉

Turn your Surface into a Network Troubleshooting Tool: Built-In Tools

These are often overlooked but you can troubleshoot a lot of network issues just by using the built-in tools provided on your Surface.

I know they’re not “sexy” but they can be invaluable for diagnosing connectivity, DNS, and DHCP issues on your network. I outlined a few of the more useful ones (In My Humble Opinion) below and briefly describe what they can do for you.

All of them can be accessed from a command window and are already on your Surface. (These tools are present on Surface RT/2 tablets as well)

(To the seasoned IT pros: Yes, I know. It’s close enough…)

With all of these commands, you can use a simple /? switch at the end of the command to bring up usage information about each.

OK, now that we covered the built-in tools, let’s look at other downloadable tools.

Turn your Surface into a Network Troubleshooting Tool: Subnet and IP Calculators

Most of the time, you would use subnet calculators when you’re designing a network addressing scheme but it can also be helpful if you’re tracking down a mistake in that scheme. As such, while you won’t necessarily use it often, you should have one available to you.

Two commonly used free IP calculators are the Bitcricket IP Calculator and the Solarwinds Advanced Subnet Calculator. Both can be found can be found at the links below. 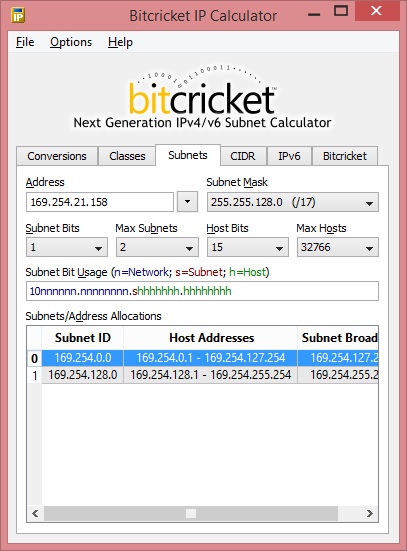 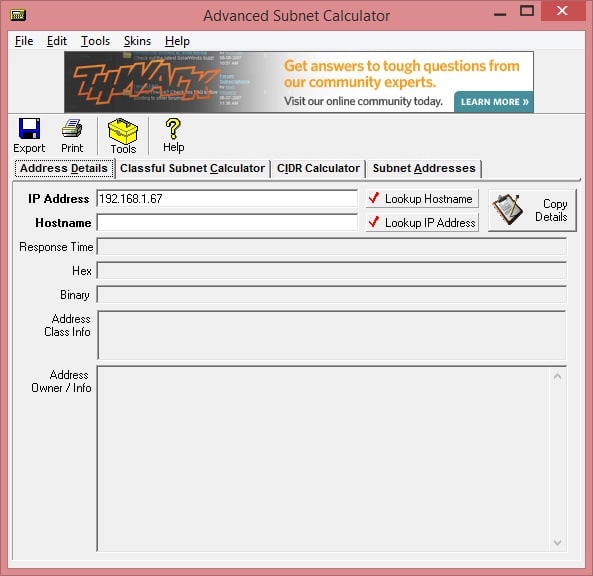 Turn your Surface into a Network Troubleshooting Tool: Speed Testers

If your network connection to the internet is working but seems slow, you can use a tool to measure the throughput that measures your upload and download speed to remote servers.

While I will often use the web-based tools Speedtest or Pingtest for this purpose, I also keep Network Speed Test (available in the Windows Store) on my machine. Mainly because it keeps a history of past test results. 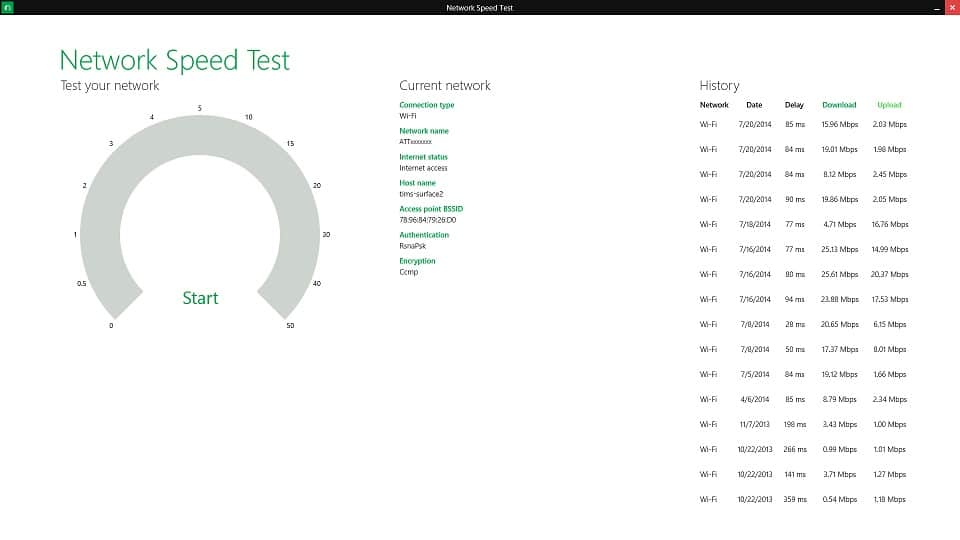 This is one of the tools we used to continually test the Wi-Fi slowness on our Surface Pro 3. It was very useful and allowed us to keep track of the different tests.

Turn your Surface into a Network Troubleshooting Tool: Packet Analyzers

Packet analyzers (sometimes called sniffers) let you watch traffic on your network, so that you can see problems. For example, if a machine is hammering a certain port on your servers firewall, you can watch the traffic and figure out which machine is doing it and what kind of data it’s sending.

In the 90’s and early 2000’s packet sniffing was easy because people tended to use network hubs (mainly because they were cheaper) which let everyone on the hub see everyone else’s traffic. However, most networks today use switches which only route traffic to the machine it is intended for.

It is still possible to use network sniffers in a switched environment but, you may need to jump through a few hoops. Packet sniffing on WiFi is similarly restricted since it doesn’t seem (at least I couldn’t figure it out) that you can get the network card into promiscuous mode.

Anyway, here are a couple of free network sniffers you can try: 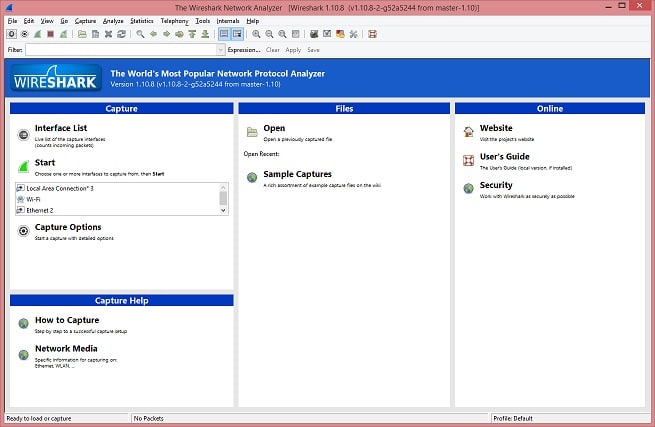 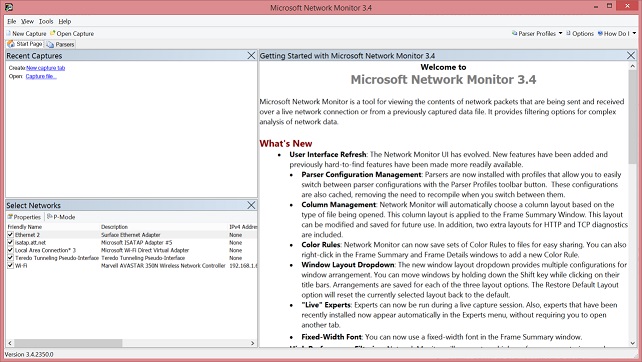 I wouldn’t bother installing both. One or the other will do.

Turn your Surface into a Network Troubleshooting Tool: WiFi Analyzers

Now I’ll go into the cool flashy stuff. WiFi analyzers are used to do everything from testing wireless network coverage to tracking down rogue access points. They offer cool graphs and can be quite entertaining to see what people name their wireless access points.

In fact, I have one near here called “The Promised LAN” which gave me a chuckle the first time I saw it. 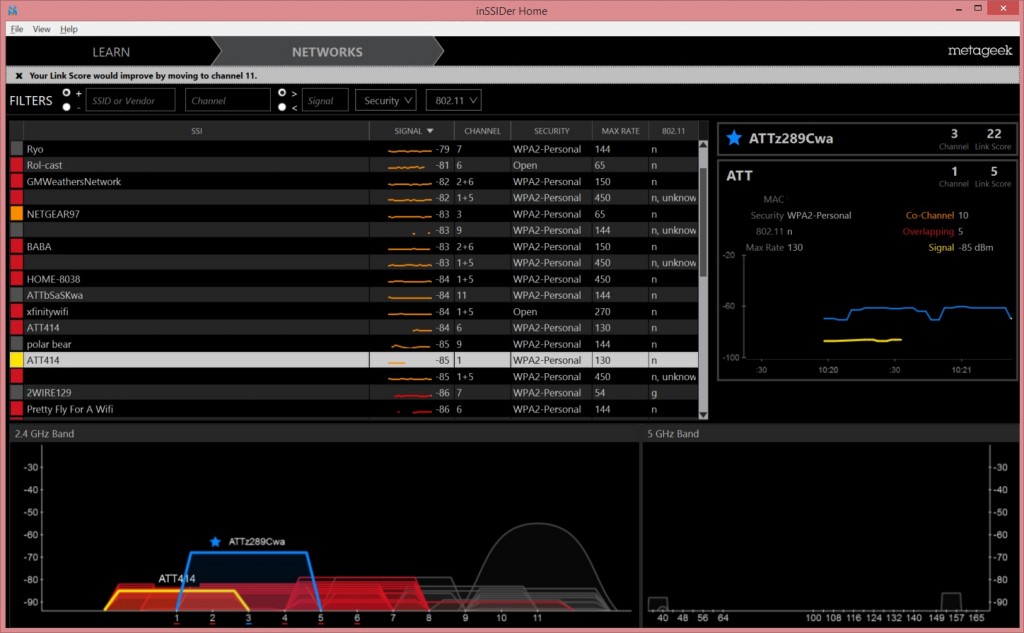 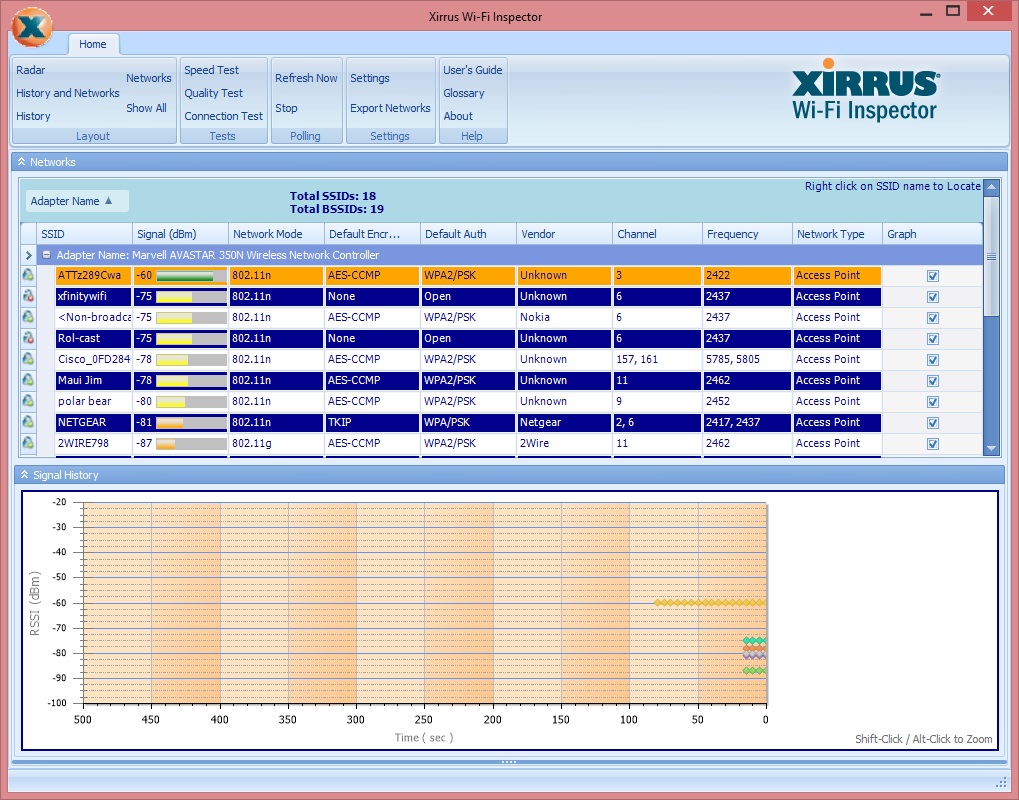 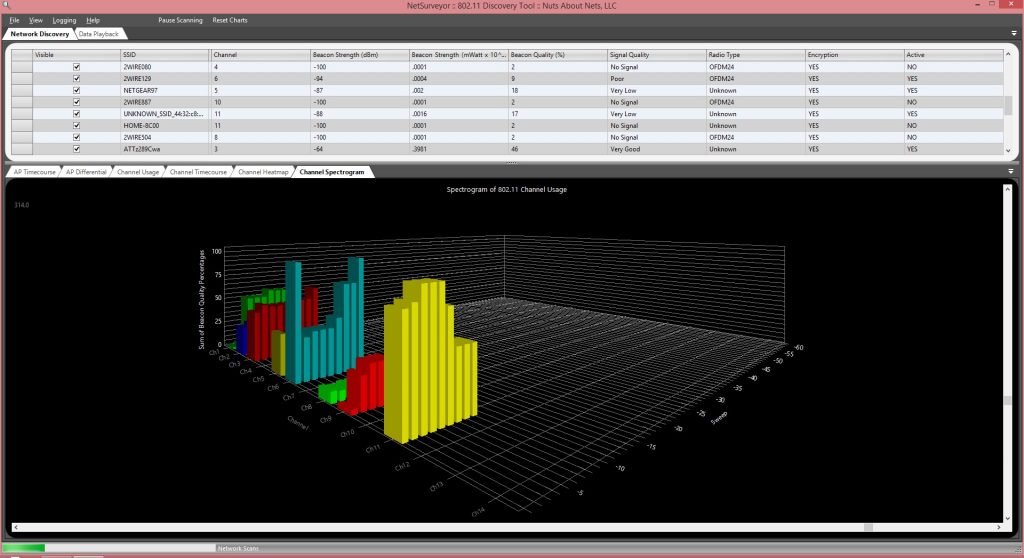 Like the packet sniffers, you probably don’t need more than one of these tools. So, pick your favorite one and stick to it.

Turn your Surface into a Network Troubleshooting Tool: Needed Accessories

Up until now everything I’ve listed has been free. Unfortunately, in order to test wired networks (along with wireless networks), you’re going to need to buy a couple of things. Don’t worry though, it’s not going to break the bank.

As you can see, the total cost of these two items is under $25USD but they really round out your network troubleshooting abilities with a Surface Pro.

I hope you found this post helpful and interesting. As you may have suspected, there are many more choices out there than the few tools I covered and some of them might even be better than the ones I chose.

That’s OK. The main purpose of this post was to make you aware that your Surface Pro has the capability to be a powerful network troubleshooting tool and, hopefully, you’ll give some of the tools a try.