List of December 2013 Surface updates and how to check for them. 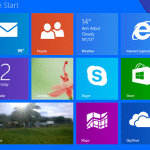 Although Microsoft updates are generally installed automatically to your Surface through Windows Update service, occasionally you may need to install them manually.

Below are instructions on how to manually check for updates and which updates were released in December 2013 for all Surface  tablet versions.

To check for updates:

1. Press Windows key + I to bring up the Settings menu. Or swipe from the right  and tap Settings. 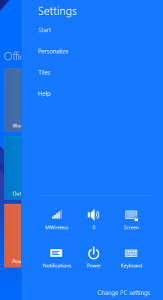 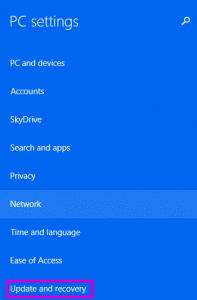 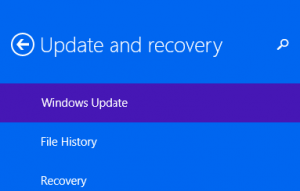 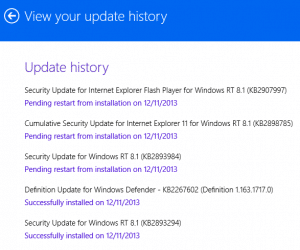 5.  In my case, the updates were auto-installed but my machine was waiting to finish them for a restart. You can also, tap to select the ones you want to install, and then tap Install. You should always restart your Surface after the updates have finished installation.

Here is information on Surface Updates (hardware) for December 2013:

These have all been reported by Microsoft on their website. If you’d like to check out  your Surface’s update history, please go directly to Microsoft site at Surface Update History.

Note: Microsoft continually tries to improve the user experience. Two types of updates install to the Surface tablets: “Surface hardware updates (also known as firmware), and Windows software updates.” They are released regularly and address many commonly reported problems. It stands to reason then, that the newer the device, the more updates/fixes it will need. Hence, you see the Surface 2s line has considerably more updates in December than the original line.

You may also like our posts on Cool Surface Gifts for the holidays and What do do if your Surface is running slow.