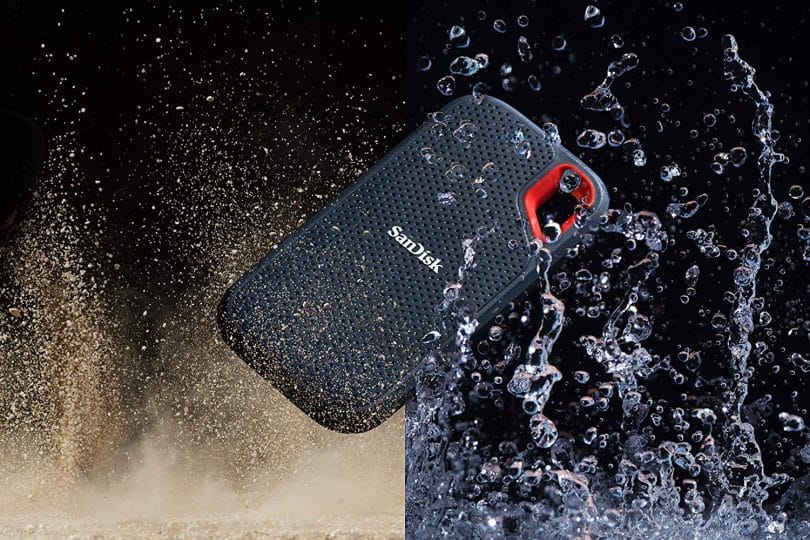 Meta: Need new storage and considering a SanDisk? Hereâ€™s how the king of external storageâ€™s Extreme hard drive stacks up.

External hard drives are canâ€™t-live-without accessories, and SanDisk is a big part of the reason why.

Open the memory slot on virtually any digital camera, and thereâ€™s a high probability that the store youâ€™ll see inside features the name â€œSanDisk.â€ The company, which began as a three-person start-up around 30 years ago, started earning patents in computer memory and chip design almost immediately. Today, one of the co-founders has more than 70 patents to his name.

SanDisk has become synonymous with flash memories because it was an early-adopter. Today, it maintains its reputation by producing devices like the SanDisk Extreme External Hard Drive.

The SanDisk Extreme External Hard Drive is one of the best players in SSD storage today. It is not only reliable and durable, but itâ€™s stylish and portable. As it turns out, you can have it all.

Will the SanDisk Extreme suit your storage needs? Keep reading for a full review.

External hard drives are everywhere these days, so why does the SanDisk Extreme External Hard Drive merit an entire dedicated review?

Youâ€™ll see why as soon as you pick it up. SanDiskâ€™s device is compact even compared to the most modern drives. Itâ€™s 3.5-inches tall and under 2-inches wide. Itâ€™s also only .25-inches thick, which places it firmly in the category of pocket-size.

The construction is plastic, but it also features a rubber bumper around the sides and a rubber backing. We think the addition of the rubber is clever in three ways. The material adds an extra layer of protection. It also makes it more comfortable to carry in your pocket. Finally, the added rubber creates a softer look.

Is the construction robust? Yes. Although other drives offer metal casings that may feel stronger to the touch, youâ€™ll see that the specs more than cover most precarious scenarios. 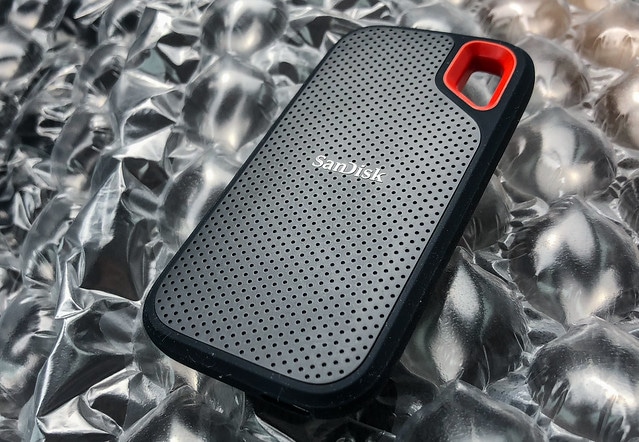 The specs include up to 2TB of storage, which is more than enough for a single user. If 2TB sounds extreme and expensive, you can also use the 250 GB, 500 GB, and 1TB options.

SanDiskâ€™s build is worth the cost. It is shock and vibration resistant, as we now expect from most of our devices. The device also boasts an IP55 rating against dust and water.

Connectivity is nothing to sniff at, and itâ€™s one of the driveâ€™s best qualities. It features USB 3.1 gen 2 support. SanDisk also satisfies complaints about other drives by sending you a USB-C to USB-C cable with the device. The box also includes a USB-A adaptor.

Out of all these features, we find the USB-A adaptor most compelling. It means you can use both Type-C and Type-A port devices with ease, but more importantly, you can do so without carrying around a superfluous cable.

SanDisk touts 500 MB/s read speeds, but does the drive stand up to the test?

Several reviewers set out to test those speeds against a baseline. One reviewer used QuickBench and Blackmagic Disk Speed Test programs for the endeavor. They found that the drive read at 521 MB/s on Blackmagic and 536 MB/s on QuickBench.

It wrote at speeds of 471 MB/s for Blackmagic and 491 MB/s QuickBench.

Sandisk offers an option for users with a need for speed, but how does it hold up to your workflow?

SanDisk offers a three-year limited warranty on the Extreme as well as most of its other products.

What Makes The SanDisk Unique? 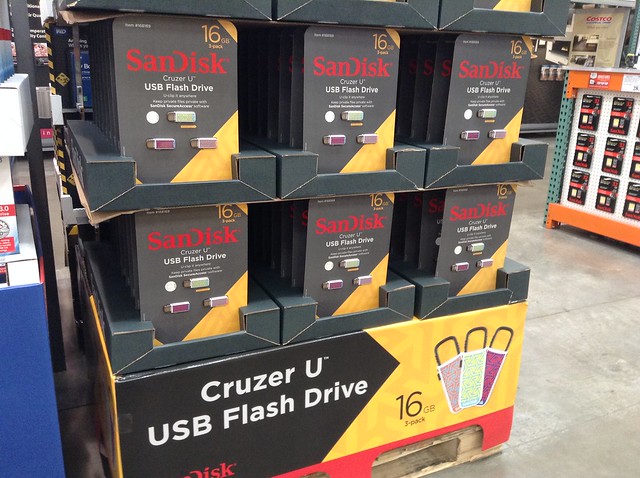 The SanDiskâ€™s design is what makes it particularly unique among other external storage devices in its class.

It isnâ€™t the fastest unit on the market. Nor is it the cheapest. However, the design is both ergonomic and good-looking. The SanDisk Extreme looks like a device youâ€™d bring on the go.

Other pocket-size drives are pocket-size in name only. They donâ€™t offer features that would encourage you to physically put the drive in your pocket. The svelte design with the rubber sides means it fits comfortably in your pocket. If you donâ€™t want to carry it that way, you have the option to clip it to your bag or even a belt-loop.

Even if you throw it in your bag, youâ€™ll still find it easily. It has a look and feel that easily distinguishes from other devices in your bag using your fingers only.

Finally, one reviewer said that the design offers another unique purpose. Because it boasts an unusual shape and a rubber coating, it doesnâ€™t look like a $500 device. You could speculate that it would make it less attractive to thieves, but thatâ€™s just a guess.

Thereâ€™s no reason to leave your SanDisk behind.

Pricing may seem steep, but it is on par with other drives of its size and quality, particularly among the 2TB range. Other smaller drives in the GB range are less expensive, but those cheaper drives may not come with the same quality.

If you need a terabyte or more of space but donâ€™t have the budget, you might choose an HDD drive instead. These drives write data on a spinning disk, and they work slower. If you are looking for a drive to back up your laptop or deal with spillover from a laptop, then an HDD will suit you well.

What The Pros Say 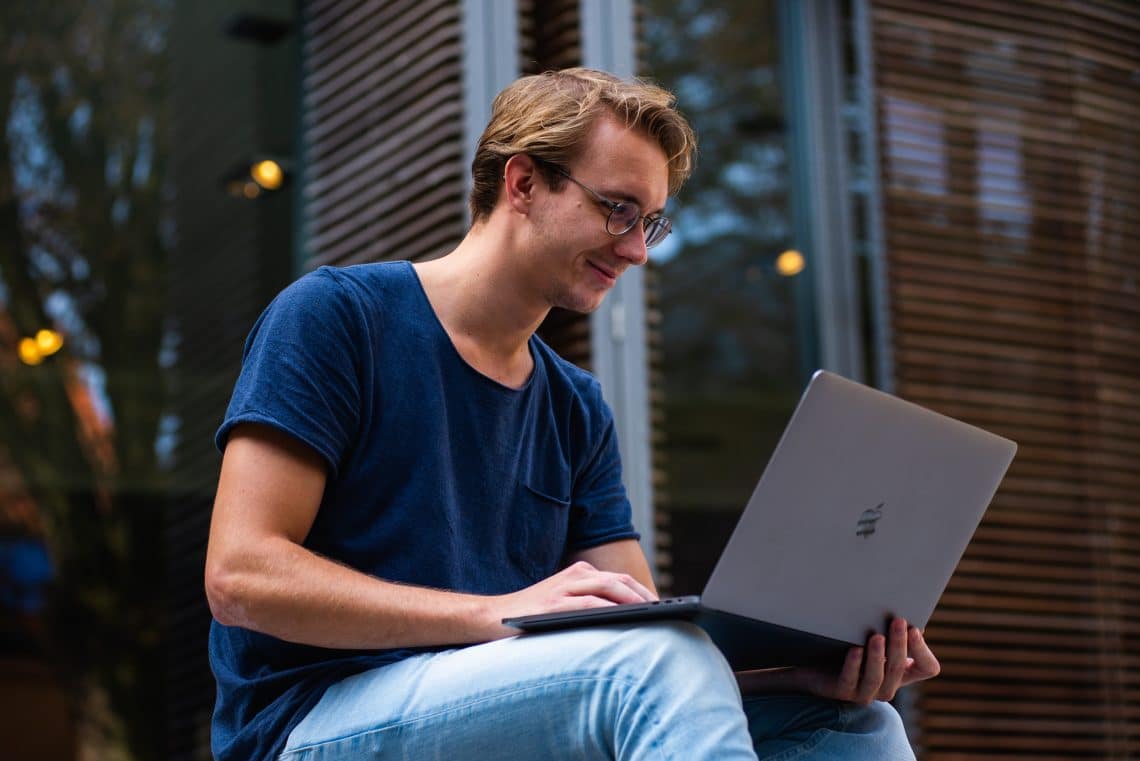 Professional reviewers and users with a vast amount of tech experience share both their admirations and hesitations about the drive.

Almost every reviewer loves the size and weight. It makes portability a dream because it not only fits in your pocket neatly but also offers a built-in space to attach a carabiner or another clip. You can clip it to a loop in your backpack and make sure you never leave home without it.

They also love that it truly stands up for professional use. It may be small, but itâ€™s up to the task for even storage-heavy tasks. Overall, if you have a professional use for a MacBook Pro, then they donâ€™t see why the SanDisk Extreme shouldnâ€™t be by your side.

However, reviewers also come together to wonder about the use of the plastic casing. The idea fails to instill confidence, and storage in a professional context is too important to take risks with. At the same time, there are no reports to suggest that the drive doesnâ€™t offer the long-term durability professional users need.

Still, reviewers note that you can upgrade to an aluminum casing if you choose, but thereâ€™s no clear value in doing so as of yet. However, this may change as reviewers update their perspectives after a few years of ownership. 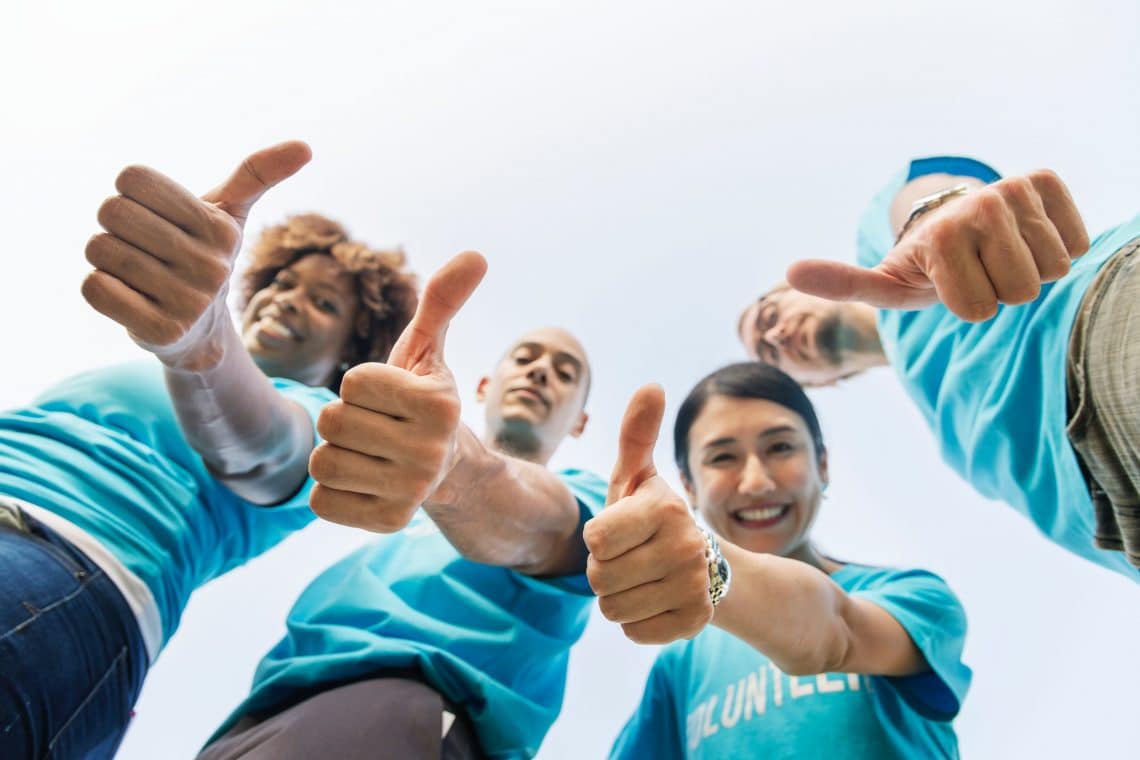 We are fortunate that the SanDisk Extreme is so well-reviewed given its price. Hundreds of people have taken to the internet to share their thoughts online, and many of them stick to two common themes: speed and portability.

Users write in to share how happy they are about the speed of such a small drive given its price. In some cases, userâ€™s report accurate speeds. One user with a 2016 MacBook Pro reported 470 MB/s write and 515 MB/s read speeds with a USB-C connection. Others state that itâ€™s the fastest hard drive they own by far.

They also love the size and shape of the drive. The hole provided for a carabiner is a tiny detail, but itâ€™s also unique enough that people flip for it. Of course, portability only works as well as it does because almost all the other aspects of the drive function as they should. If the drive was slow or overpriced, you can be sure that the thoughtfulness of the design would become a complaint.

Things To Consider Before Buying

When it comes to gripes, many people have the same issue. First, they struggle to register the driveâ€™s warranty with SanDisk, particularly when they buy the hard drive on Amazon. While this seems like a minor problem, the warranty becomes particularly important if you invest in a 2TB device, which retails at over $500. If something goes wrong, itâ€™s not unreasonable to want to use your warranty.

These gripes make up a minority of reviews. It is unclear how many attempts to register the device and fail. If it is a concern, getting in touch with SanDisk support online or by phone shouldnâ€™t be a problem.

People have also mentioned that the drive can run hot in some cases. Large file transfers and long run times lead to the device heating, but no one has suggested that running hot causes any problems when using the drive. Perhaps the plastic casing heats faster than an aluminum casing, but the reason is generally unclear.

A few reviews have mentioned issues with corruption and fatal errors, but it is unclear whether these are the result of operator errors, device defects or something else. Regardless, reports of these issues are few and far between.

Additionally, it is important to remember that device failures occur and as long as a model sits below a 10 percent failure threshold, it is still a good buy.

Most people who have issues with the SanDisk Extreme external drive tend to run Mac OS computers.

Although the drive should be plug-and-play, some customers have problems.

If you hold files in ExFAT, you may have trouble using the drive unless you reformat to NTFS. Switching to NTFS is neither difficult nor time-consuming, and it will likely solve all future formatting problems.

Additionally, if you use APFS, then the drive wonâ€™t suit you as it only supports HFS.

The SanDisk Extreme is an excellent device, but is it the right device for your needs? To learn more, we compared it with its closest competitor: the Samsung T5.

The Samsung T5 is arguably SanDisk Extremeâ€™s closest competitor even though the Samsungâ€™s specs are slightly superior. Samsungâ€™s product is both smaller and faster than the SanDisk Extreme. It features a metal case that feels robust and looks futuristic.

In one-off usage, the speed difference between the Samsung T5 and the SanDisk Extreme seems minute even though the T5 is faster. After all, what are a few seconds difference here and there? However, if you intend the drive for heavy-use, youâ€™ll find that you will save an appreciable amount of time over the course of your work week.

At the same time, if you are a remote worker or a frequent traveler, you may find that youâ€™re willing to put up with only-slightly slower speeds from the SanDisk Extreme for the practical features that make the SanDisk drive more portable.

The big difference is likely to lie in what system you use. Mac users seem to prefer the Samsung T5 SSD to the SanDisk. They find the T5 supports more Mac-related formats than the SanDisk drive does, which naturally makes it a better fit.

Users also like that the T5 comes with an indicator light that lets you know when it connects.

With otherwise negligible differences, you might also choose the Samsung on price. The 2 TB drive offers a slightly lower retail price than does the SanDisk drive. However, price competitiveness depends on the offer.

The bottom line is that the SanDisk Extreme External Hard Drive is a solid product that offers the performance and style we look for in todayâ€™s hard drives. Little features like the caribiner hole make the device stand out among its peers, but the little things matter most because SanDisk made sure compatibility, security, and performance were all perfect before bringing it to market.