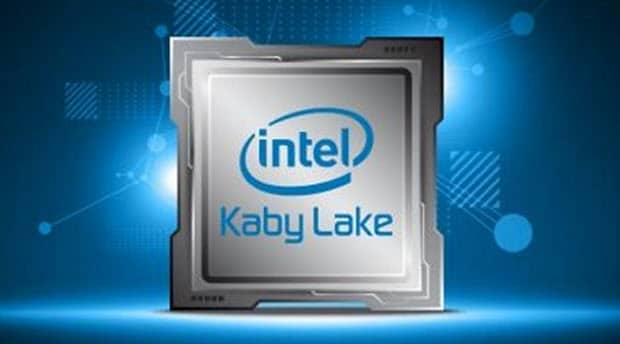 Since this is based on the same generation manufacturing technology as the current generation processors, we are not expecting a huge jump in terms of performance. It is possible to derive a theoretical number based on the architectural improvements but that’s only an educated guess.

Nevertheless, this is an interesting topic for us since it is expected to power both the new Surface Pro 5 and the Surface Book 2. Up to now, no one has managed to compare the real life performance between the Kaby Lake and the Skylake (current generation) processors. All that has changed, however.

Recently, there has been a leak from Geekbench site on the Kaby Lake processors. The fastest model in this line-up, called ‘Core i7-7700K’ clocked at 4.2GHz, is expected to outperform the current speed champ, ‘Core i7-6700K’ clocked at 4.0GHz. This is to be expected even just going by the clock speed alone. But that only accounts for 5% speed improvement.

The Geekbench measures performance for both single-core and multiple-core use cases. Keep in mind that not all applications today can utilize all available cores at the same time. This holds true even when multi-core friendly OS such as Windows 10 is used. Obviously, these benchmarks are designed to stress all available cores, so it may not realistically reflect everyday usage by typical users. For gamers on the other hand, is another story…

So what was the find from this site? Here are the numbers for the Kaby Lake: 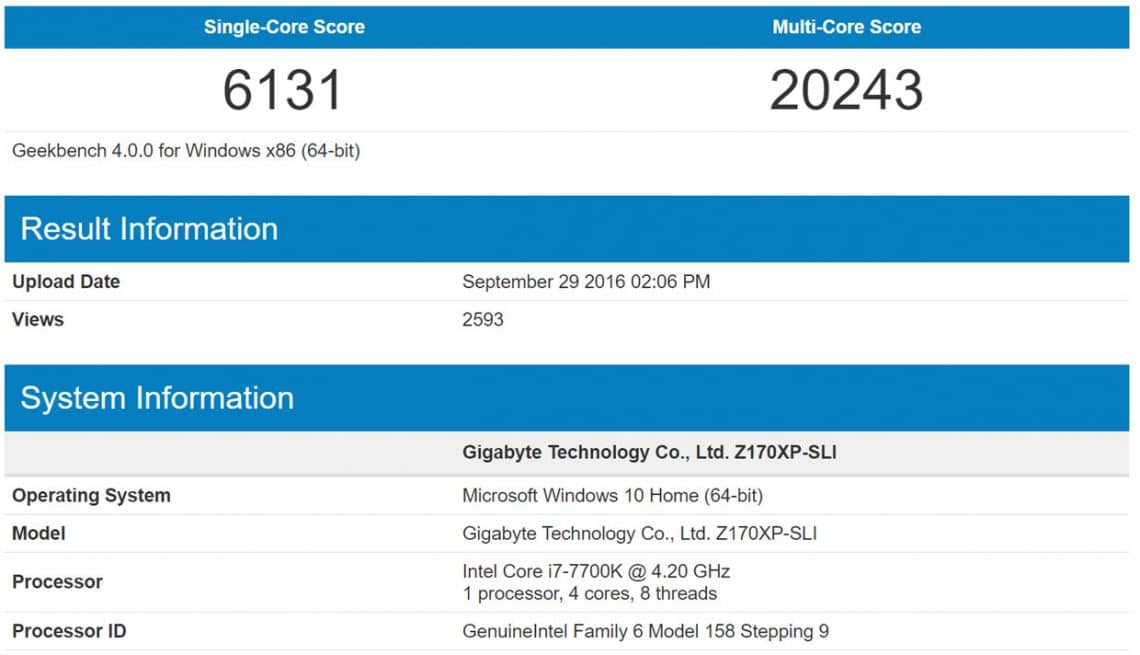 And here are the numbers for the Skylake (current generation) processor. I had to pick an average one because there were thousands of submitted results using this processor. 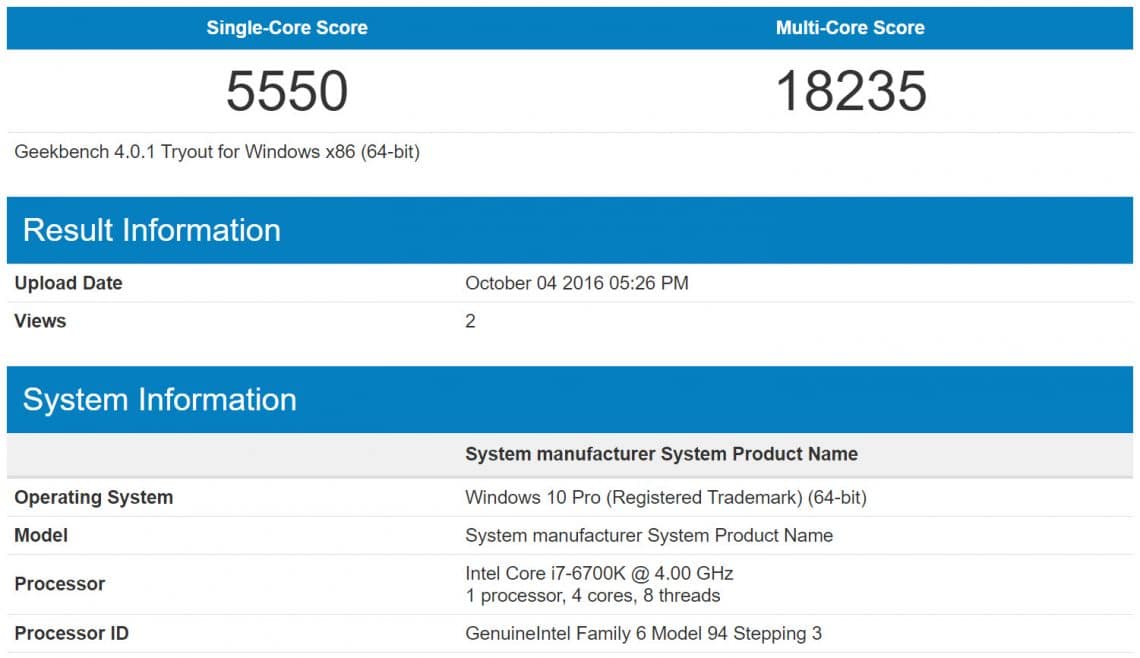 This is about what I was expecting out of this generation update. Without any major architecture refresh, you shouldn’t be expecting a huge bump in performance. But you do get other small improvements, especially in the area of video and power consumption (to be confirmed).