So, we’ve had more than one article talking about Surface Pro 3 WiFi issues but up until now, our tips have focused on the Surface Pro 3 side of things. However, it is also possible that the problem is in the WiFi router, not your Surface, and can be fixed by adjusting your wireless router setup.

I also want to note, that while a lot of people have been frustrated with the Surface Pro 3 WiFi problems, Surface tables are not alone in having these issues. For example, Apple has been delivering new versions of Yosemite (10.10) in rapid succession in order to address (among other things) WiFi issues with the new OS.

In this article, I’m going to touch on a couple of things that you can do to your wireless router setup and (maybe) get your Surface Pro 3 WiFi connection humming along happily.

Surface Pro 3 WiFi Problems: How Do These Problems Happen?

However, believe it or not, it might just be that the problem actually resides in the existing WiFi system.

That’s because WiFi systems are built using the IEEE 802.11 standard and, unfortunately, there is some room for interpretation in those standards. As a result, different companies will try to innovate while still staying within the boundaries of the standard. Often this innovation works fine at the time but, sometimes, it can cause issues later.

In addition, other companies push changes to the standard (amendments) then they start trying to market their products as new and innovative when all they really did is wire another piece into an existing system, give it a quick test (usually with only their own reference equipment), and rush it out the door to be first on the market.

On top of this, you also have companies packing more “separate” devices into the same chasis. These “all in one” devices may include a cable modem, wireless router, and IP telephony setup. In the past these would have been all separate devices.

Unfortunately, in order to keep manufacturing costs down, they will do things like make two separate subsystems share an antenna or, maybe, they have multiple systems on the same chip (which might cause interference).

And, it turns out, people seem to have WiFi problems with their Surface Pro 3 most often when connecting to “all in one” devices like the Arris TG862 which are often supplied by cable providers like Comcast.

Of course, this explanation as to why these issues happen is a bit of an oversimplification but, it should give you some insight. Hopefully, with this bit of background, you can more easily get past the frustration and concentrate on how to get around the problems.

NOTE: It may be that your WiFi router is simply not compatible with Windows 8.1 OS (which is what your Surface Pro 3 runs), so before you go too far into this, check Windows Compatibility Center to save some time.

Speaking of which, let’s get into that now…

There are a couple of different router-side wireless settings you can try on your router to get it working with your Surface Pro 3. Obviously, you’ll need a working wireless device to make the connection or, you could try using an Ethernet cable to make a wired connection.

Be aware that you will likely need to re-establish your wireless connection each time you try a setting – so, this process might take a while. Also, DO NOT MAKE MORE THAN ONE CHANGE AT A TIME. If you do, you might make things harder on yourself. It’s also a good idea to make note of the original settings in case no combination of settings works so you can get it back to where you started.

Obviously, there are far too many manufacturers of wireless routers for me to have a good set of step-by-step instructions. However, I did track down configuration instructions for four popular manufacturers and provided them below for your convenience:

To connect to your wireless router, you’ll need to open a web browser and connect to your default gateway address. Usually it will be 192.168.1.1 or 192.168.10.1 so try those addresses first. When you’re successful, you’ll get a username and password prompt.

If you don’t know the username and password, it’s probably the default for that model router and you can find a list of default usernames and passwords at www.routerpasswords.com. If you’ve changed it, and don’t remember what it is, you may need to reset your router (in accordance with the manufacturer’s instructions).

If the two addresses I listed don’t work, you’ll need to figure out your default gateway address. To do that, follow these instructions: 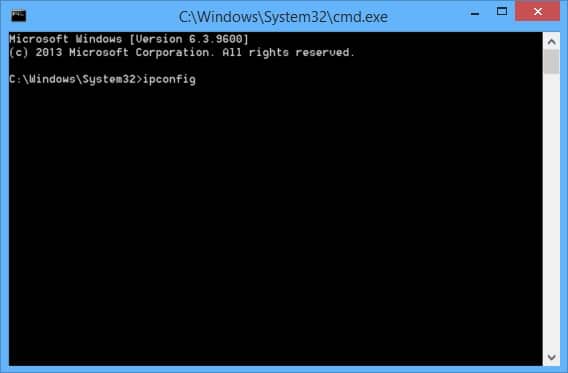 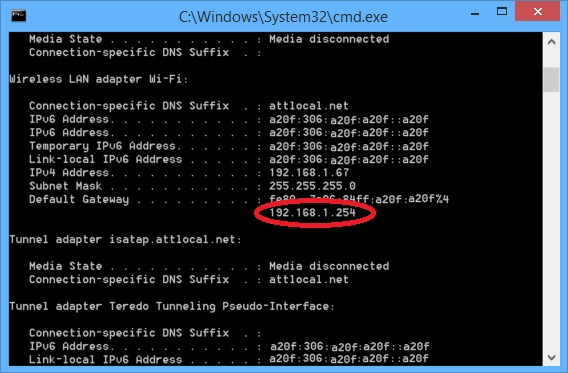 After you have the default gateway address, just type it into your web browser and you should be able to connect.

OK, so it’s possible you’ve spent the time trying different wireless router configurations only to find that no combination works for you. Now you have a choice….

You can give up on the Surface: It would be a shame to miss out on such a cool device just because it doesn’t work with your home wireless setup but, it is an option.

You could try a different router: This isn’t a bad idea if you’re having problems connecting to a simple wireless router (i.e. not one of those “all in one” types, for that go to the next step) and I would recommend replacing it with a Netgear N150 or Netgear N300 as they seem to work well with Surface tablets out of the box.

If you happen to have one of these models and can’t get the Surface to connect, what can I say? It might be your Surface Pro 3, so you should take a look at this post and this post to see if either of them help you out.

However, if you have a cable modem router from your ISP this might not be possible and even if it is, other devices that can connect to your ISPs system are usually fairly expensive (>$100 USD).

You could add a dedicated wireless router to your setup: If you are using a cable modem router from your ISP, a cheaper and more reliable option than swapping out your main router is to simply get an inexpensive wireless only router (like the previously mentioned Netgear N150 or Netgear N300) and plugging it into your existing cable modem via a wired Ethernet port.

This setup, essentially, adds a second wireless access point for about $30 to $40 USD that your Surface can (hopefully – don’t toss the receipts until you test it) use.

It just so happens that we recently rented a new place to live and we had to do this very thing because the ARRIS cable modem router supplied to us simply would not work with ANY of our Surface tablets (Surface 2, Surface Pro 2, or Surface Pro 3) – so we know that adding a second WiFi router can work. It turned out that the ARRIS TG862 router wasn’t compatible with Windows 8.1 or Windows 8.1 RT. Funny enough, though, our phones (which are brand new Windows Phones) connected to the ARRIS over wireless just fine – different OS.

So, I hope this post was helpful in getting you pointed in the right direction for solving your Surface Pro 3 WiFi issues. I know it’s not quite as step-by-step as most of our posts but, there are simply too many variables for me to come up with a single set of instructions.