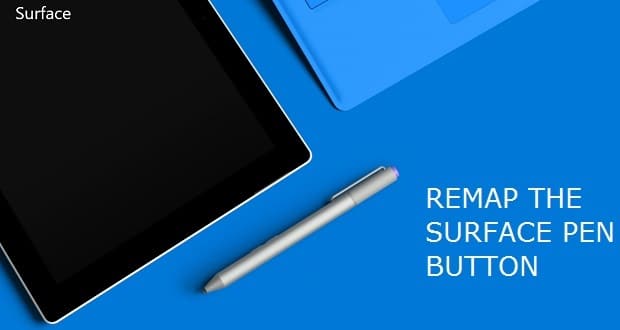 When the Surface Pro 4 and Surface Book was released, the included Surface app proved pretty much useless. It only offered two main functions:

This was pretty irritating since Surface Pro 3 and Surface 3 users could (and still can on Windows 8.1 or Windows 10) use the app to remap the Surface Pen Button on the end to select which version of OneNote was launched. Not so with Surface Pro 4 and Surface Book, where pressing this button—now called the magic button, though I use the term eraser button—simply launched OneNote Mobile, and offered no way to configure it otherwise.

If you wanted to remap the Surface Pen button to do a custom action or run a different program, it involved using a scripting language called AutoHotKey and the creation of custom scripts.

However, it just got a whole lot easier Microsoft has updated the Surface app (a free download from the Windows Store). The app’s latest version (10.0.342.0) includes options for setting what the Surface Pen Button does via a simple pulldown.

While the new version of the app keeps the original two functions on the SP4 and Surface Book, it also adds the ability to remap what the eraser button does when you click, double-click, or press and hold it. Each of those actions can cause a different reaction. 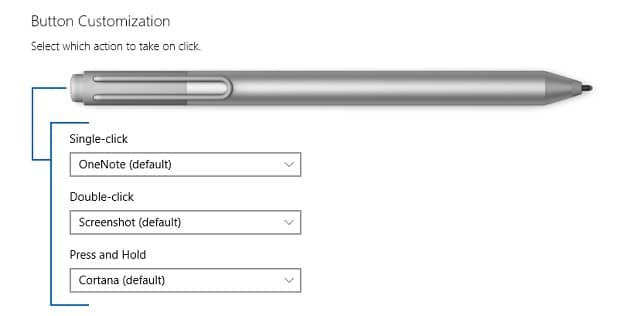 By default, a single click of the button will start the Modern/Metro version of OneNote but, by using the simple pulldown, you can set it to run any desktop or store app. In addition, you can disable the button and easily set it back to the default. 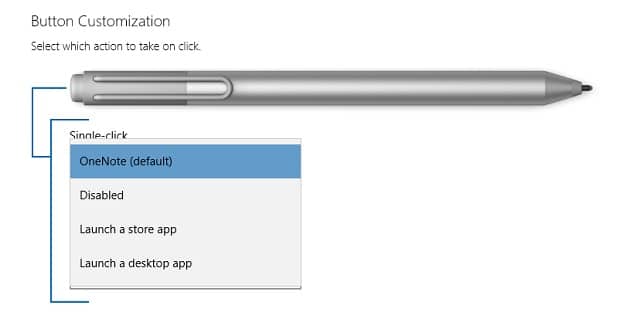 One of the more common requests we receive regarding the Surface Pen is how to set the top button to run the desktop version of OneNote, as opposed to the mobile version. With the updated Surface app, it’s easy, just follow these steps:

That’s it. Now when you single-click on the Surface Pen button, it will launch the desktop version of OneNote instead of the Mobile version.

If you want it to run a different program instead, just follow the same steps but browse to the program you want.