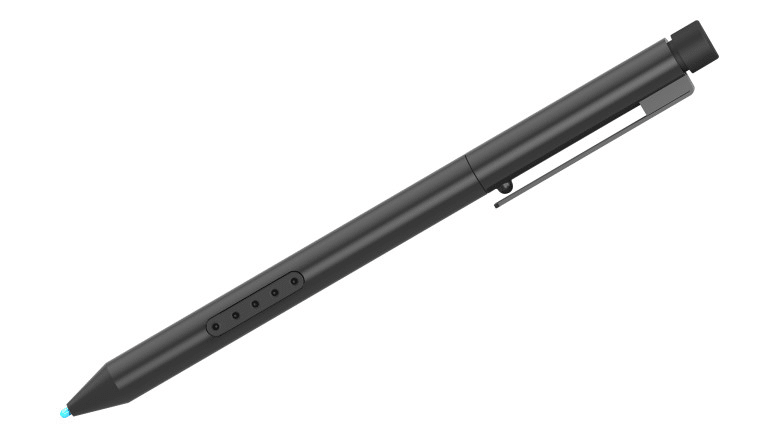 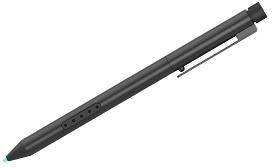 If you’re the proud owner of a Microsoft Surface Pro or Surface Pro 2, you may be interested to know that Wacom (the OEM for the Surface pen) recently released a Surface pen driver update.

OK, the update wasn’t just for the Surface, it was for all of the Wacom enabled tablets.

However, it adds some nice features to the Surface Pro pen that were lacking from the built-in Microsoft Windows pen options (under Pen and Touch in Control Panel). The update adds the Wacom Pen application which allows you to access the following features:

I’m not going to go into how to use these settings as they’re pretty much all self-explanatory, once you get into the Wacom Pen app.

The one thing I will get into (in the last section of this post) is the radial menu option since I think it’s the most interesting feature the new update offers.

Now that you know what the new Wacom Pen driver can do for you, let’s cover how to get it installed.

Before you start, there are two thinks you need to know:

Once you’ve got those two things covered, here’s how you install the new driver: 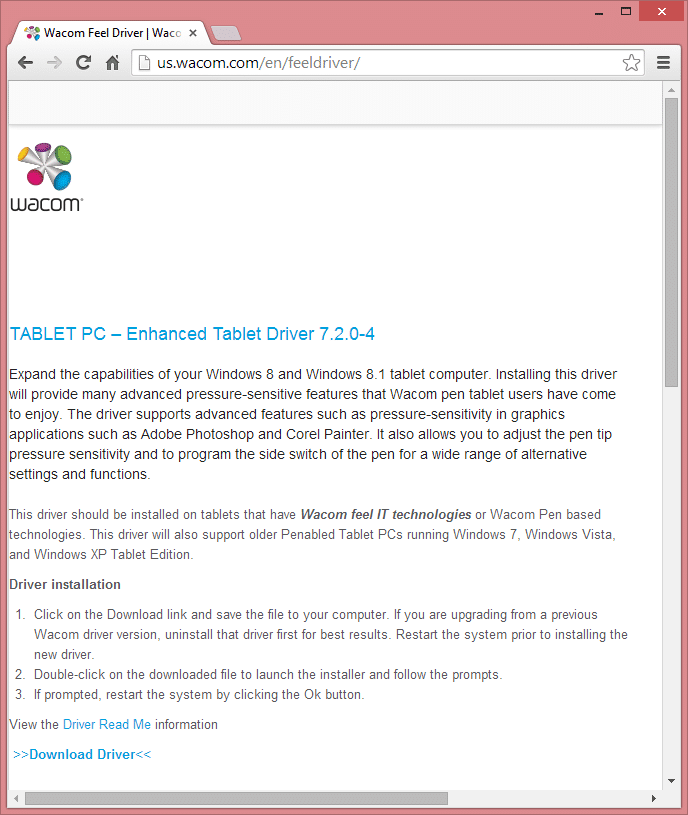 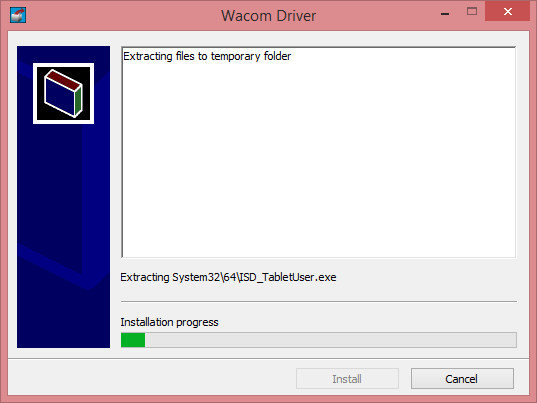 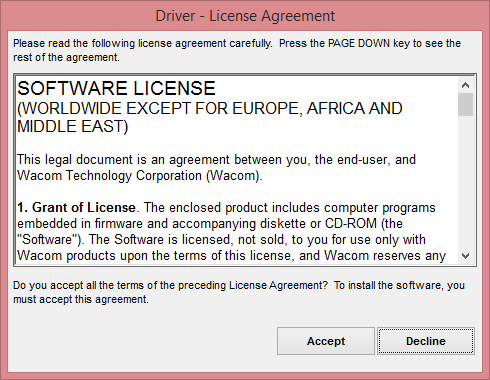 Once it’s installed, you should find a Wacom Pen icon in your Apps menu. If you don’t just use the search charm to find it.

In my opinion, the most interesting new feature is the radial menu. This makes a circular menu appear when you push the Surface pen button. 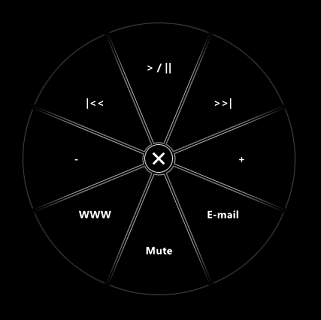 Once configured, the radial menu (example to the left) will appear in both desktop and Modern/Metro UI modes and can be customized to do multiple functions such as opening an installed application or turning up the system volume.

I found it to be pretty handy and convenient when I was using my pen on my Surface Pro 2.

Also, since one of the rumors about the Surface Mini indicates, it’s being designed as a note-taking device with a Surface Pro style pen, I can see this being really useful if you get a Surface Mini (and the rumors are true, of course).

By default, the radial menu is set up with options to do the following:

Here’s how to turn it on: 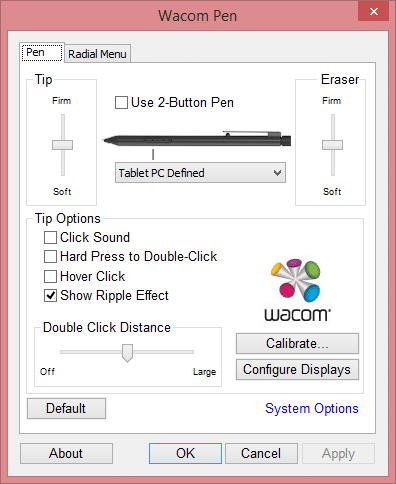 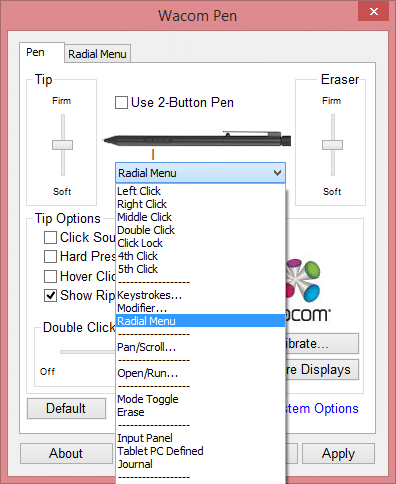 From there you can select the label and function for each of the eight radial buttons. Be sure to hit Apply when you’re done customizing it because you don’t want to lose your changes. 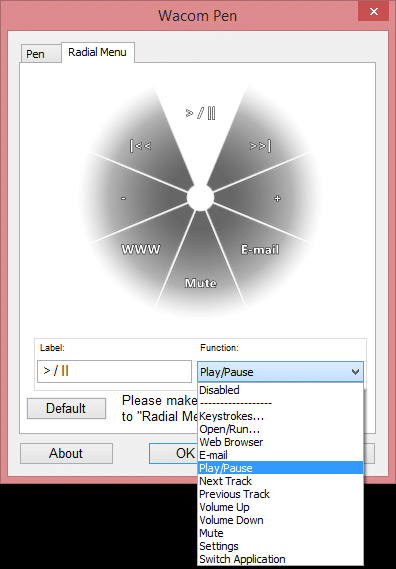 Also, if you decide you don’t like your changes, you can always hit the Default button to restore the default settings.

So, if you have a Surface Pro/2 getting the Surface pen driver update from Wacom should be at the top of your to do list.

Once you get it installed and configured, feel free to come back and share how you set up your radial menu. We’d love to hear your great ideas.