Why Is Everyone Saying The Surface Line Of Tablets in Trouble? 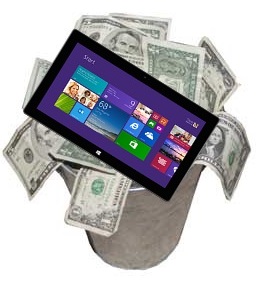 OK, let’s talk about the elephant in the room…

This of course began a media frenzy and as always, they were like sharks looking for blood in the water. The Microsoft losses have been talked about constantly for over a month. This quick, unfair Microsoft treatment by the media is the main reason we started this website.

Computer World pulled information on profits from a report that Microsoft submitted to the government in July, estimated the costs based on their own info and calculated just how much Microsoft has lost this year.

Reading the article, perhaps I should worry, after all I’ve invested in four of their tablets so far, but I’m not and here is why:

So is the Surface line of tablets in trouble? I could be wrong, but I don’t think so.