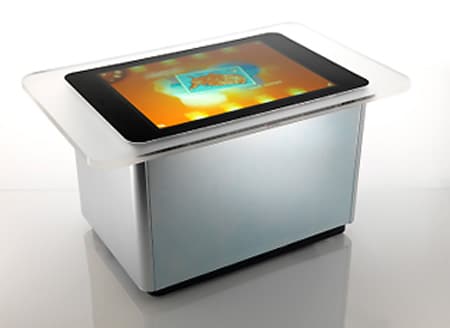 You guys might wonder where the Surface line was found and where the idea was based on.

Can you guys believe that the first concept of the Surface Pro was a 30inch screen coffee table created by Steven Bathiche, director of research, in the early 2000’s?

The name “Surface” came from the idea of creating a computer system on flat surface like a table to make it smarter.

Here is Bill Gates in 2007 giving us a brief preview of the Surface 1.0 table.

It is amazing how objects like a camera can be recognized by simply being placed on the table.

I am looking forward for the Surface Pro All in One (AIO) which may have the same idea since it is presented as the furniture like device.