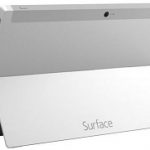 Are you wondering if you should upgrade to Surface2?

If you’re like me and have owned a Surface RT for over a year, you may have wondered if you should upgrade to Surface 2 for a while now – I know I did.

Originally, you may remember, I decided that the Surface RT was just fine for what I needed and I believed that there was no need to upgrade until Microsoft released the LTE version. So, since the Surface 2 LTE came out last week, I bought one.

And I gotta tell ya: boy was I surprised at the quality of my new Surface 2!

I had no idea the Surface 2 is this much nicer than the Surface RT. It was a complete shocker to me, even taking the LTE functionality aside. The Surface 2 is far faster, has a much nicer display – both brighter and more responsive – and is even lighter than the original RT. Overall, those factors together add up to a HUGE difference.

I have to be honest, I looked at the specs when the Surface 2 was first released last fall and thought: “Meh, I don’t think it’s worth spending another $450 to upgrade”.

I also checked them out at the local Microsoft store and thought they were nice but looking at one, is not the same as using one.  And, I’m here to tell you: the upgrade is totally worth it!

I’ve now had the Surface 2 LTE for a week and I could not love it more.

I was chatting with a colleague last week and he made a statement that his Surface Pro was, hands down, the best device he’d ever owned. I thought about his comment and I have to agree that I feel the same way about my new Surface 2.

Don’t get me wrong, the Surface Pro/2 is a power house but I honestly like my Surface 2 better – I’m sure Tim would differ from on this because he loves his Surface Pro 2. But my view of the Surface 2 is that it’s nearly as fast; I really can’t tell the speed difference for things like web browsing and checking e-mail, it is far lighter, has a longer battery life and (as a bonus) it saved me another $140 because it comes installed with MS Office Home and Student 2013.

I also find the Windows Apps store to be more than adequate for the apps I need and, besides, nearly everything else I want, I can run via the web browser.

If you’re interested, here is a spec comparison of the three RT versions of the Surface:

So, if you’re pondering the same question, on whether you should upgrade to Surface 2, I would say absolutely! I don’t think you’ll be disappointed. And as I noted earlier, Microsoft is throwing in a free touch cover for the next couple of days, so if you’re serious about upgrading, the timing now is good.

You may also like our posts on Surface and IPad comparison and the top six things people hate about the Surface tablets.