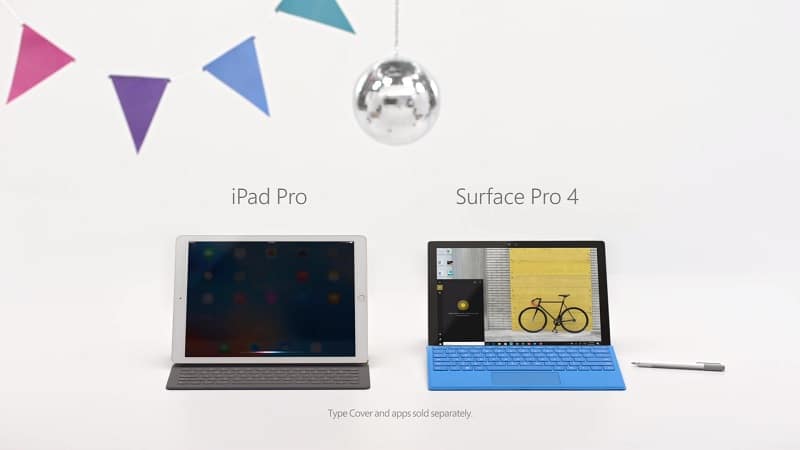 As you guys know, Apple created an larger screen tablet called iPad Pro that has 12.9 inches screen which is similar to the Surface Pro 4.

If that is the case, it would definitely do the same job as the Surface Pro 4.

Microsoft does not believe it can and they have created an interesting commercial firing shots at the iPad Pro.

In my opinion, the iPad Pro is not powerful enough to replace a computer.

The software is built more like a tablet so therefore the applications and programs used on computer does not support iPad operating system.

In terms of price range it is quiet similar.

At a similar price range, Microsoft does have a point.

If a Surface Pro line were comparable to an Apple device it would be the Macbook Air line although some may think otherwise.