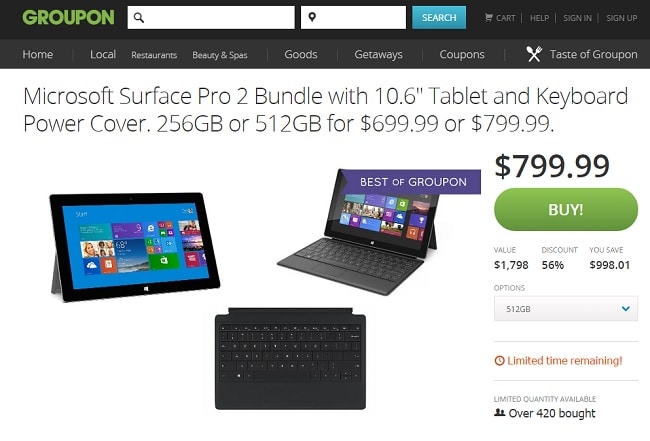 With all of this discussion about the Surface Pro 3 and Surface Pro 4, you might not have heard that you can get a Surface Pro 2 for cheap from Groupon while supplies last.

Get it Here: Surface Pro 2 with Power Cover

While the SP2 is a bit dated, it is still a powerful machine. It’s a bit smaller and heavier (especially with the power cover) than the SP3 as well but, frankly, I find the form-factor perfect for travel or carry since it’s still lighter than most laptop options.

In fact, I still use my SP2 i5/256GB model as my primary machine. Mostly because I game a bit and it doesn’t have the heat issues that the Surface Pro 3 has had with intensive applications (like games).

Surface Pro 2 For Cheap: The Gotchas

As you might expect, there are a couple of gotchas and extra bits of information for you to know.

So, if you’ve got $700 laying around and need a good ultra-portable PC, you’re not going to find a better deal anytime soon so, get one (or 3) before supplies run out.