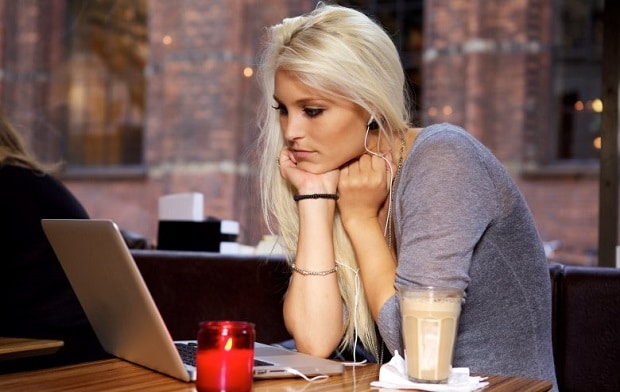 The Surface 3 and Surface Pro 3 are both highly portable devices. So it’s likely that, sooner or later, you will be using yours in a local restaurant or coffee shop. I mean, let’s face it, who doesn’t like to sit at Starbucks while playing Sudoku, watching YouTube or reading FlipBoard every once in a while?

The problem is that there’s a whole slew of public WiFi-related security risks that could result in someone snooping in on what your doing. If they can do that, it is possible they can also steal your private information like logins and passwords.

I guarantee you don’t want that to happen to you.

So, in this article, I am going to cover 4 simple things you can do to protect yourself, when using your Surface on public WiFi.

In case you’re wondering, it doesn’t matter whether you’re using Windows 8.1 or Windows 10 on your Surface (or if you’re even using a Surface or any other type of Windows or Mac computer). The advice below is just as valid in pretty much any case.

The single most effective thing you can do to stay secure when using public WiFi is to utilize a Virtual Private Network (or VPN).

If your business or school has a VPN, you can use it. However, if you don’t have access to one through work or school, you should look at using an inexpensive personal VPN option such as VyprVPN.

You can get more details about VyprVPN and sign-up for the service on their webpage.

(Or you could click the ad above and help Joanna and I afford a Surface Pro 4 when it finally comes out, so we can keep the helpful articles coming 🙂 )

One common way that people get their information stolen, when using public WiFi, is by connecting to a rogue (or fake) access point. Basically, this happens when a nefarious someone sets his or her laptop up to look like a WiFi access point that belongs there.

After that, they just wait for unsuspecting victims to connect to it then they use a slew of tricks such as fake web pages and network packet captures to grab logins and passwords.

Some of these people are really good at being bad and have a convincing setup but, there is a really simple thing you can do to make sure you’re connecting to a legitimate WiFi access point – ask for the name of the access point.

Yep, simply ask someone who works there for the correct name of the WiFi access point. You may have to ask for a password anyway, so just ask for the name at the same time. There are other things you can do to ferret out the rogue access points but asking for the right name is the easiest and most effective way to do it.

“But Tim, what if that worker is the one who set up the rogue access point?” You’re paranoid, I like you……… If you’re worried about that, ask a manager for the access point as well, just to make sure you’re getting a good answer.

Public WiFi Security Risks: Be Careful With Your Passwords and Logins

If you don’t have a VPN (and why not?) then you will need to pay special attention to the pages that ask for logins or passwords. Essentially, you will want to use your username and/or password ONLY on sites that have an encrypted connection.

You can tell if a site uses encryption by looking at the URL (in the address bar). If it is preceded by https (with the s on the end) then you’re good, if it says http (no s) then there is no encryption. All the browsers will also show a little lock somewhere in the same area if the site is encrypted.

Public WiFi Security Risks: Use a Firewall and Anti-Virus Programs

This one really doesn’t have anything to do with public WiFi security risks, it’s just good practice anytime you’re using a computer to make sure you are using anti-virus and a firewall.

Look, I know you know this so just do it.

Pretty much every modern operating system comes with a built-in firewall and Windows is no exception. All you have to do is make sure it is on. Anti-virus, on the other hand, is a bit trickier.

Yes, Windows comes with Defender but, it doesn’t really do a good job detecting malware compared to other options. So, you should consider getting a different anti-virus package. You can check out our article, Free anti-virus on Surface – 2015 Guide, if you need help picking a good alternative.

That’s it, if you just follow these few pieces of advice, your Surface will stay safe and secure on public WiFi networks.