So, I’m going to geek out a little today and show you how to overclock your Surface Book GPU.

As many of you know, I’m a bit of a gamer and while the Surface Book isn’t a high-end gaming rig, it is a decent gaming laptop. This is due, in no small part, to the inclusion of the NVIDIA GPU in the keyboard portion of most Surface Book Models (one of the i5 models and all of the i7 models).

That said, there are some games where the Surface Book GPU comes up a little short for performance. That’s where overclocking your GPU (Graphics Processing Unit) comes in.

Simply put, overclocking is the act of increasing a computer component’s clock rate, running it faster than it was intended to be run. This is usually applies to the CPU or (in this case) the GPU.

If this doesn’t make sense to you, think of it this way: an electric fan spins at 1200 RPM, when you put 120 VDC into it; it will spin faster, if you increase the voltage up to 180VAC; and it will spin even faster at 240VAC. That’s how overclocking works.

If you want more detailed information on overclocking (along with an explanation of the benefits and downsides) check out this article on the How-To-Geek website.

Overclock Surface Book GPU: Is It Safe To Do?

If you’re careful, it’s mostly safe. If you’re careless, or if you adjust the setting too aggressively, then, you could very easily and irreparably burn out your Surface Book’s GPU.

To continue the fan analogy, if you increase the voltage too much, the fan will burn out or be torn apart by centrifugal forces. However, if you slowly increase the voltage and you carefully monitor how the fan is performing as you do so, you can find a sweet-spot where the fan is spinning as fast as it can without a significant risk of burning out or flying apart.

Well, a GPU is the same way. If you’re careful, and you watch to make sure nothing bad is happening as you speed up your GPU’s clock-speed, you can run it faster than it’s designed to be operated without too much risk of damaging it.

However, that doesn’t mean that there’s a 0% chance of damaging your Surface Book. It’s entirely possible that you could blow up your GPU with even a minor amount of overclocking. That said, it’s not too likely (so long as you stick to the instructions and settings below). It’s much more likely that overclocking your GPU will result in some system instability resulting in crashes and possible data loss.

So, as you might imagine, overclocking you GPU is very much a ‘TRY THIS AT YOUR OWN RISK‘ type of thing. You’re solely responsible for anything that may happen as a result of trying it. If you’re not comfortable with that, then simply don’t overclock your GPU.

Overclock Surface Book GPU: How To Do It

Now, on the plus side, overclocking your Surface Book GPU is pretty easy. There’s no complicated registry hack or arcane scripting language to learn. All you have to do is follow the instructions below: 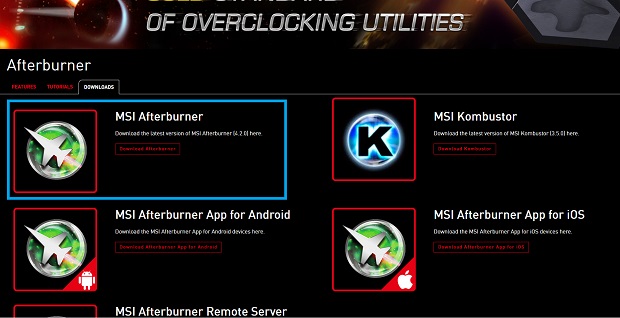 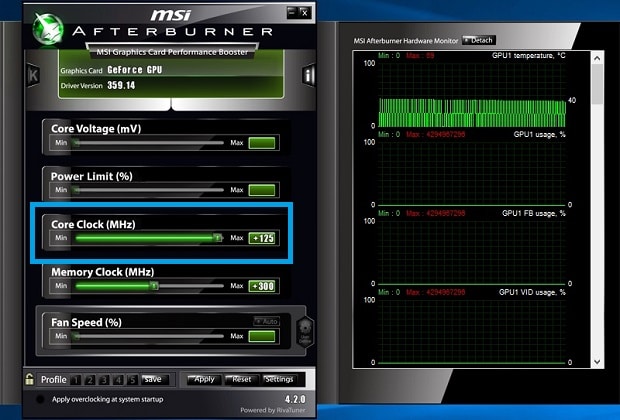 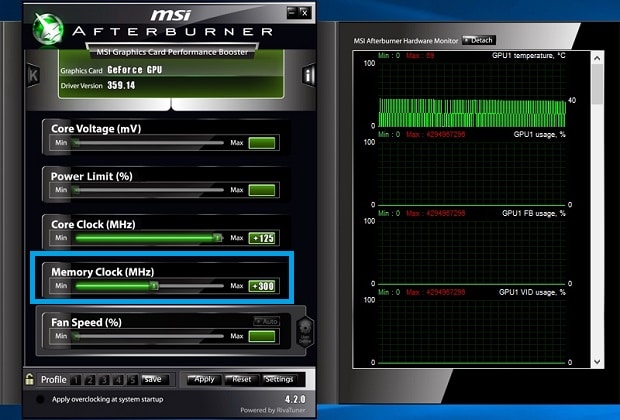 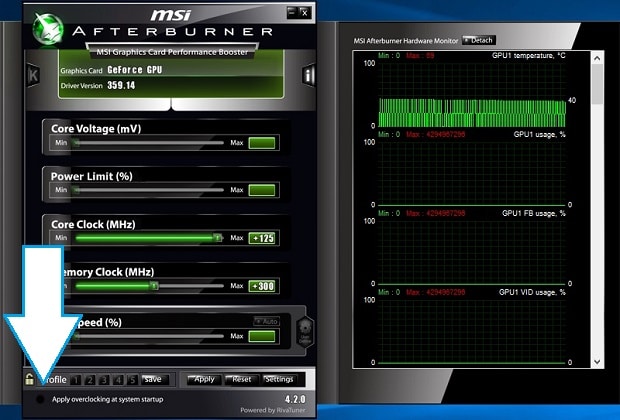 Now when you power up your Surface Book, Afterburner will automatically run and overclock your GPU with the values above. DO NOT adjust any of the other settings or use values larger than the ones listed. Doing so greatly increases the risk that you could damage the GPU. You’ve been warned!

Overclock Surface Book GPU: How To Un-Do It

If, after overclocking, you start having issues with your Surface Book (crashes, instability, or just general weirdness) it is probably because your GPU is overclocked by more than it can handle. In that case, you have two options:

Overclock Surface Book GPU: Is It Worth Doing?

If you’re not a gamer (or just a casual gamer) then probably not. If you use the settings above, you’ll probably only get 4 or 5 extra frames per second (FPS) out of most games. However, if you are a gamer, then overclocking your Surface Book is well worth trying.

I know 4-5 extra FPS doesn’t sound like a lot but when you’re playing a game, where you only get about 25 FPS, boosting it up to 30 FPS is a full 20% boost and can make the game play much smoother.

As an example: I was getting about 22 FPS on average when I was playing The Witcher 2 (very GPU heavy game) without overclocking my GPU. When I overclocked my GPU with the settings above, however, I was getting a much more playable 27 FPS on average. Not smooth full motion video, by any means, but fast enough to be playable most of the time.

I hope my fellow gamers out there sporting Surface Books find this useful.