Here we go again with another Surface News Roundup. This week, I have a quartet of hand-picked stories that should appeal to Surface owners or enthusiasts.

Alright, let’s start with the new, luxury, Type Cover story since it seemed the be what got the most press this week…[divider]

Earlier this week, Microsoft announced the Signature Type cover for the SP3 and SP4 at Milan Design Week. According to a blog entry by Rachael Bell (Color & Materials Designer, Microsoft Devices) it was…

The perfect place to launch the Signature Type Cover, meticulously crafted with a luxury material, sourced exclusively in Italy and used in high-end fashion, automotive and interiors.

Yeah, it sounded pretentious to me too. Especially since all it really is, is a standard type cover covered with soft felt. If you’re curious about the tech specs, they’re listed below:

Starting at $159.99 USD, the Signature Type Cover is available at Microsoft stores and at certain retailers in the US, Australia, Austria, Canada, China, France, Germany, Hong Kong, Italy, Japan, New Zealand, Switzerland, and the UK.

I haven’t yet seen one of these but as soon as I can, I’ll try to make it to our local Microsoft store and see if they have them in stock – who knows, they may surprise me 🙂

In an example of “a good idea is a good idea regardless of who came up with it”, Apple has approached Amphenol who provided tiny but strong hinges to Microsoft for the kickstands on Surface tablets. They’re doing this because they want to make the next gen of MacBooks thinner than ever.

Just more evidence that Apple is now chasing after Microsoft. Sorry Apple fans, I think the evidence is clear…

Earlier this week, Surface 3 LTE owners probably noticed a round of updates for their devices. In case you’re wondering, those were the April 2016 Firmware updates and included a single fix intended to improve network stability:

There might be some slight differences in versions depending on where you’re located (North American units will get version v1524.5.24.28 while everyone else will get version v1544.2.00.29). If you don’t have a Surface 3 LTE, you probably don’t care about this update.

Microsoft Research has been showing off what they are calling a “flex case”. The flex case acts as a second screen for a (Surface?) Phone or, maybe, could be scaled up to provide a whole new experience with a Surface tablet.

While this is just my speculation on the matter, just imagine having a type cover that can have the keys rearranged for different tasks or even re-configued into a second screen. 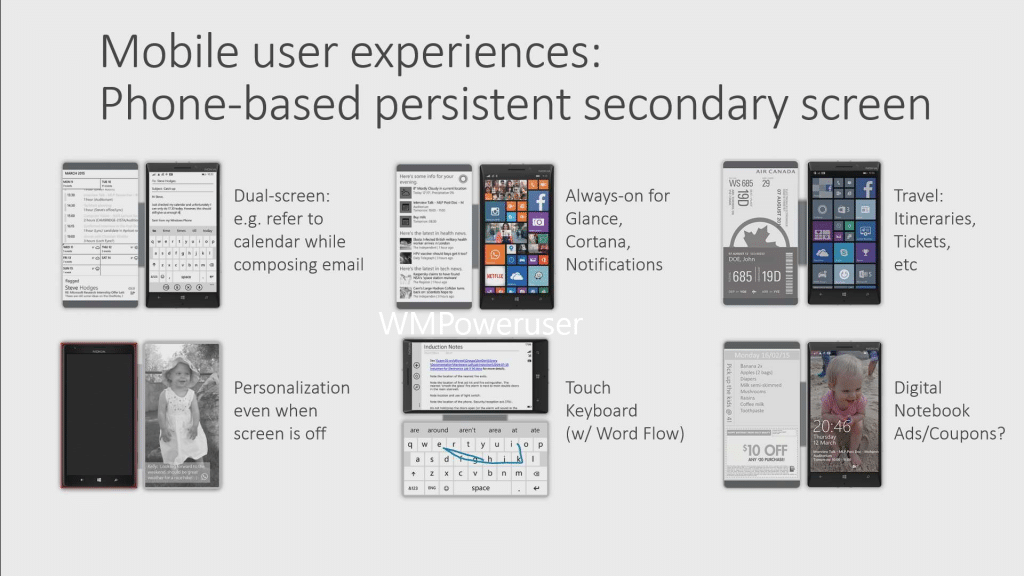 While it may seem far fetched, apparently Microsoft Research folks are already in deep talks with Lumia devices team in Finland to explore the possibilities of including this technology in Lumia devices. If that works out, is the idea of a Surface Phone or Surface Tablet “Flex Case” still outlandish? I wouldn’t say so…

Well, that’s another week’s worth of Surface related news for this week’s roundup. I’ll be back again next week to bring you yet another round of news for your entertainment and information.