This is because unless the file paths on both the computer you’re exporting from and the computer you’re importing to, like they would be from a Windows 8 PC to a Surface, simply using the import the playlist function won’t work correctly. So, in this post, we’ll cover how to successfully import your iTunes music AND playlists to your Surface tablet from a Windows 7 (or older PC).

This post was originally from before the release of Windows 8.1 so we updated it to reflect some changes that came about as a result of the upgrade. If you still need the original Windows 8.0 instructions, you can find them in PDF format here: Download

Import iTunes Library to Surface: iTunes and the Surface Pro

The Surface Pro runs a full blown version of Windows 8.x. This means you can install iTunes as you would on your desktop and you don’t have to import anything. This also saves you some trouble if you continue to purchase songs from the iTunes store because you wont have to import them to your Surface later.

If you don’t want to install iTunes on your Surface Pro/Pro2, you can still import your iTunes library by following the procedure for the Surface RT/2 in the next section.

No matter what, you’ll want to be careful of the size of your library. If you have a lot of music you might fill up the rather limited space on your Surface and that could be bad. Really bad.

Apple has (so far) declined to create a Metro version of iTunes. Unfortunately, this means that there is no “native” way to get iTunes on a Surface RT/2 if you’re importing from a older version of Windows.

However, all is not lost. With the included Music app in Windows RT it is pretty easy to import your music from iTunes but there is still that “gotcha” that might prevent you from easily importing your playlists.

It might sound minor but if you have a huge number of songs it can be quite a pain to recreate your playlists. I actually know of at least one person who gave up on the whole idea of importing their songs to their Surface because of the issues with the playlist.

Import iTunes Library to Surface: Before You Start…

I’m assuming you’re using a Windows 7 PC as the machine from which you’re importing your music. If you’re using a different version of Windows or a Mac, you should be able to make some minor modifications to this procedure to make it workable.

I’m going to outline two versions of the procedure. The first is a simple import of your music without the playlists and the second includes the playlists 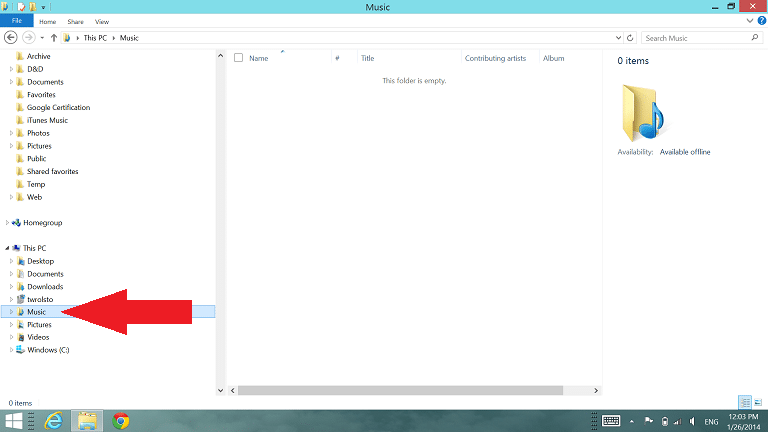 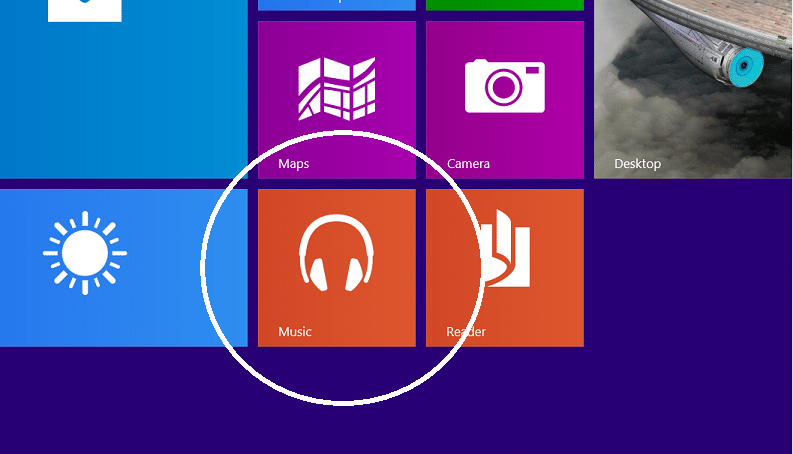 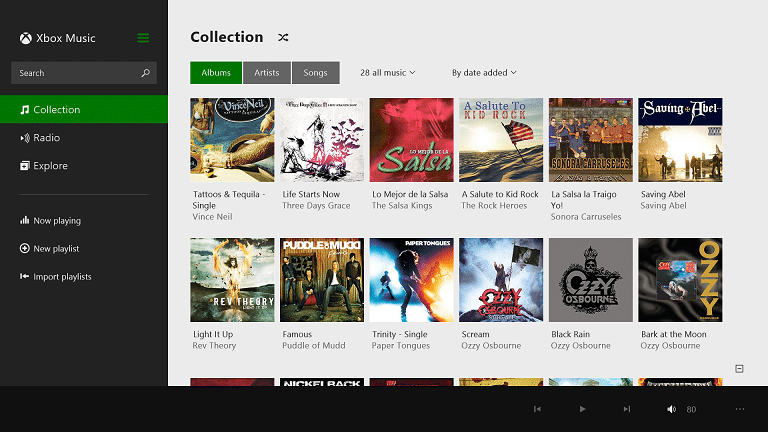 Now we’re going to get your playlists imported to your Surface. To do so, we’ll need to do a little bit of editing of the playlist files. Again, for steps that should happen on your PC, I’ll tag the step with a (PC). 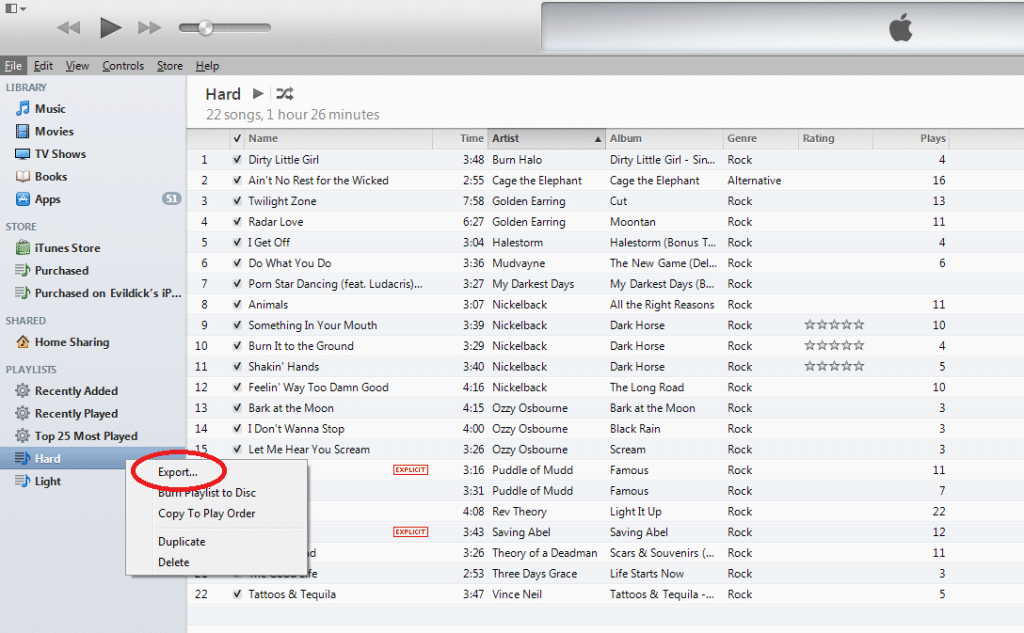 The important piece to remember is to export them as m3u files. Did I mention you should use the m3u format?

The part you care about is everything up to where the album names start. In The above example that would be: “C:Users\Tim\Music\iTunes\iTunes Music” 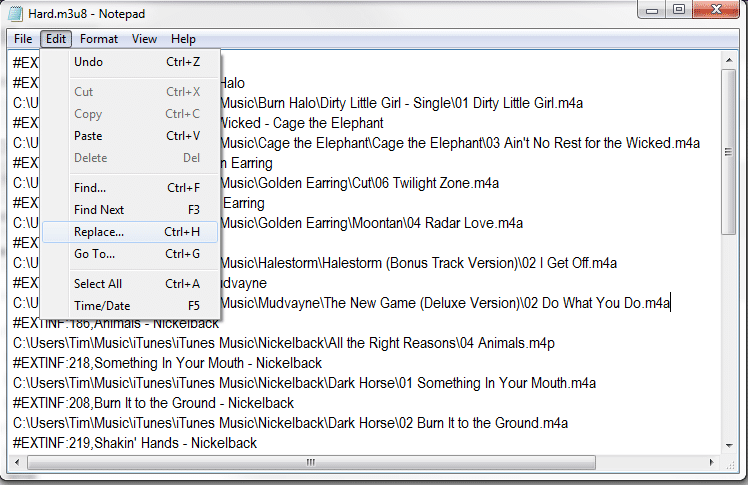 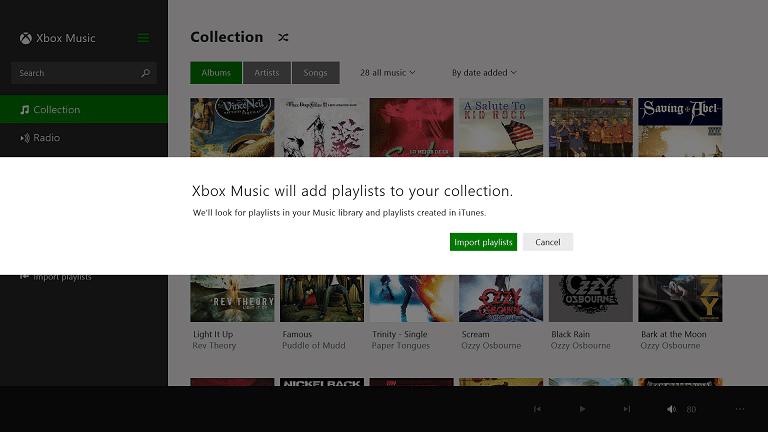 When it’s done importing, you should see the prompt in the upper right corner and your playlists should appear in the playlist area on the left. 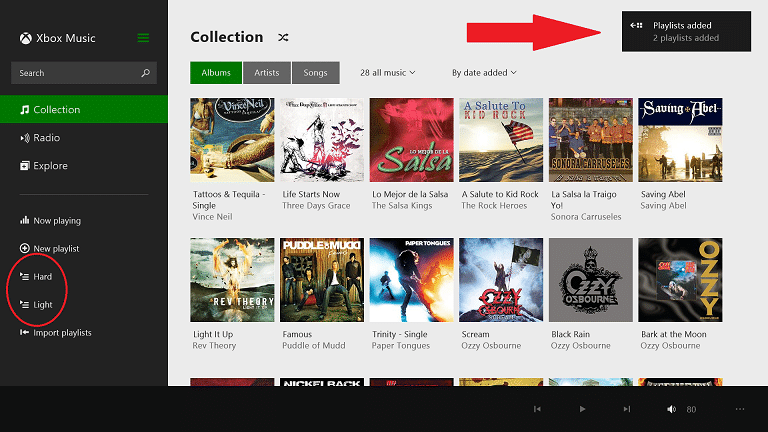 That’s it! Your playlists should now be imported so enjoy your successfully imported music on your Surface.

The procedures I outlined minimize things that could go wrong but, as always when you’re manipulating files, there’s a chance something could go wrong so…. try this at your own risk.

I hope this helps you get your music and playlists over to your Surface Pro/RT. As always, feel free to post a comment if you have questions or input.