If you’ve been watching YouTube with Chrome on your Surface Pro tablet, you may have noticed that your battery seems to run out faster than it should.

Maybe you chalked it up to your imagination or maybe you blamed the battery in your Surface Pro 3. However, it turns out, the Chrome browser itself is likely the problem.

Chrome is a very popular browser but like everything else in the technology arena, it isn’t perfect and, in this case, Google’s design decision (probably made years ago) is affecting your Surface Pro 3 now.

You see, when you watch YouTube using Chrome it uses VP8/VP9 encoding by default. This type of encoding does not support hardware acceleration (which means it won’t use the on-board GPU – or video chip for you non-techies) so, your CPU has to do all of the work to decode and display the video.

This is not a very efficient way to do the job because the CPU is not really optimized to decode video, so it has to work extra hard to do it. As a result, it uses more power and that translates into the battery life of your Surface being severely impacted.

Chrome and YouTube is Killing your Battery: What To Do About It

Fortunately, there are a few options for you to stop YouTube videos from revving up your CPU and chewing through your battery so quickly…

First, you could stop using chrome and switch back to Internet Explorer or, maybe, you could try Firefox (at least for watching YouTube). These browsers don’t use the VP8/VP9 encoding that is the root of the battery drain.

If you want to stick to Chrome, you can download and install the H264ify plugin. This plugin converts the VP8/9 video stream to a much more CPU/battery friendly H.264 standard which uses the GPU.

To test out the plugin, I watched a “windowed” (i.e. not full screen) YouTube video (ROTJ Luke vs Vader Duel) in 1080p resolution on my i5 Surface Pro 2 with Chrome before installing the plugin – this way it ensured that it was using the default VP8/VP9 encoding.

Here’s what my CPU was doing during the video according to Task Manager…. 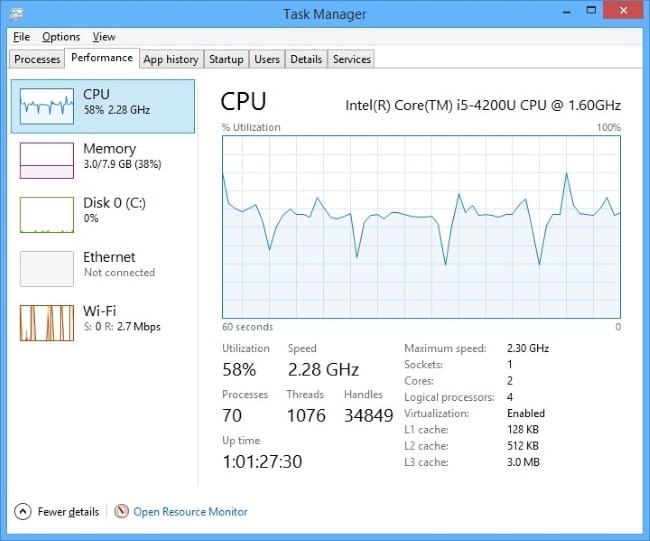 Wow! The CPU was running around 60% just to play a video off the internet? No wonder the battery gets chewed up so fast. 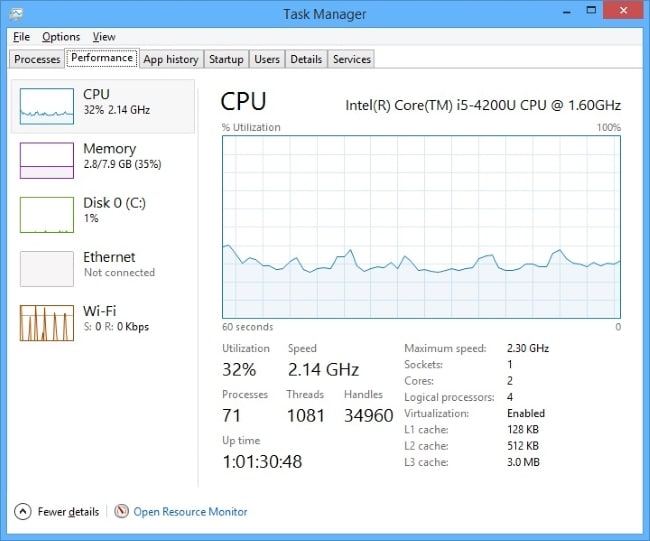 A marked improvement. Now it’s using around 30% of the CPU to run the exact same video. As you can imagine this would have a significant impact on my battery life, if I were watching a lot of YouTube videos.

UPDATE: One person asked about how IE and Firefox impacted the CPU. in response, I came up with the following additional screenshots…

Firefox: Firefox consistently came in at around 20% CPU usage. there is a catch. For some reason, I was unable to select 1080 resolution so my test was done at 720. 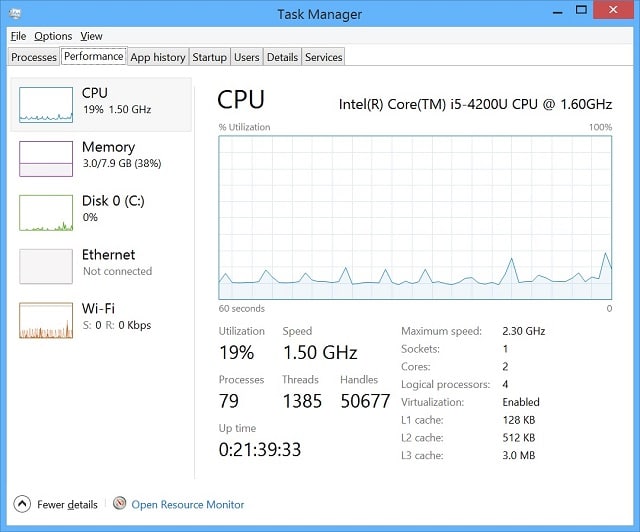 Internet Explorer (Desktop): This one surprised me so much, I ran the test 3 times. Then I restarted and ran it again. However the results were consistent – IE 11 was only causing about 8% CPU load. However, I noticed the WiFi seemed to be more active. 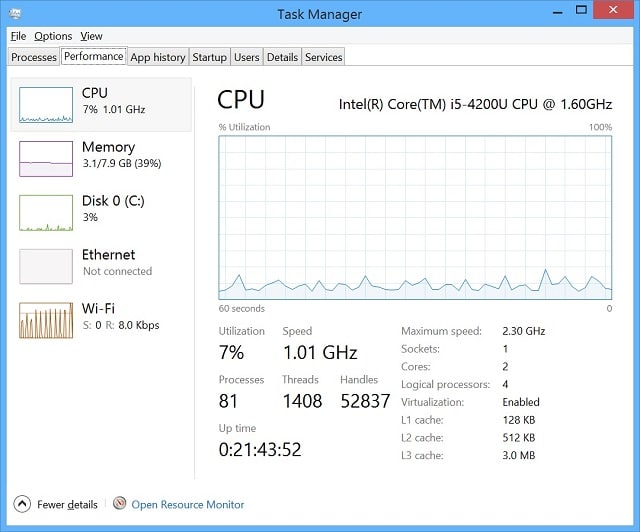 Hopefully you’ll find this post helpful and, if you watch a lot of YouTube videos, enjoy longer battery life on your Surface Pro tablet.