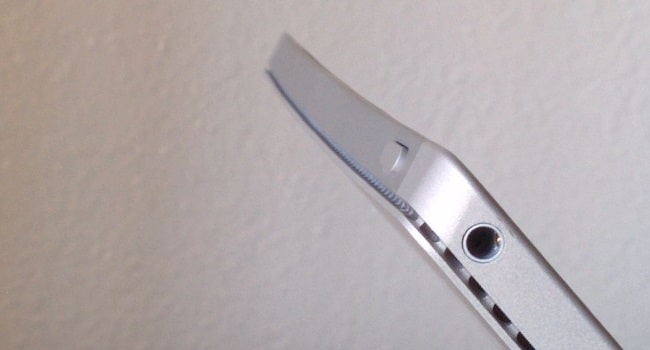 Remember the Surface Pro 3 tablets are bent/warped as well.

First reported a couple of months back on the Surface Pro 3 tablets.

Theories as to the cause abound. The favorite seemed to be that the heat issues that have plagued the Surface Pro 3 was causing the case to warp.

Fortunately, based on the forum comments, it seems that it hasn’t caused many of the tablets to fail, though there were some mentions of ticking noises (maybe the fan running?) and separating of the screen from the body.

Surface Pro 3 Warping: What Does Microsoft Say About It?

Microsoft was silent on the topic for several months but, just a couple of weeks ago, a Microsoft representative issued the following statement about the Surface Pro 3 warping issues…

Surface Pro 3 devices use a specially treated magnesium alloy case designed to help reduce weight, improve battery performance and because the treatment allows the case to be slightly malleable, improve durability in use. As a side effect of this treatment, devices can acquire a slight curvature.  This curvature only occurs during the treatment process and does not change after manufacturing.

Our manufacturing process adheres to a strict specification for the maximum allowed curvature of the device and we routinely test newly manufactured devices to insure that specification is being met. This curvature does not impact functionality or usability of the device in any way.  Microsoft is always looking for ways to improve the aesthetics and quality of our devices and we greatly value the feedback that we have received from our customers.

Translation: “It happens occasionally because we packed everything in there so tight.”  It sounds to me like they might want to increase their tolerances just a little bit.

Surface Pro 3 Warping: What Can You Do About It?

Well, you could just live with it. As the Microsoft rep said, “This curvature does not impact functionality or usability of the device in any way.” In fact, after hearing about this issue, I noticed that Joanna’s SP3 is ever so slightly warped as well but we haven’t noticed any problems due to it. (The red line is straight and the light blue line follows the curve). 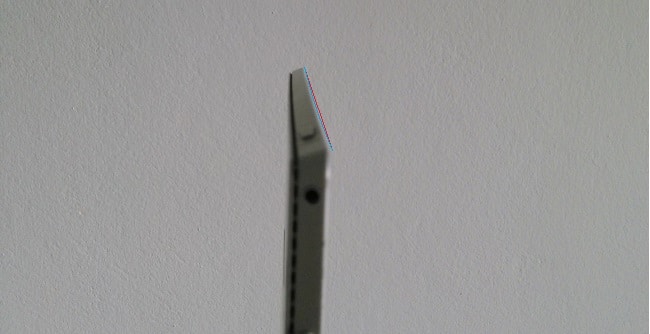 The other option is to exchange the device via Microsoft Support or at a Microsoft store. In order to do this, however, the device will need to be under warranty.

So, it’s up to you to decide. We’re going to keep our (ever so slightly warped) Surface Pro 3 because we are not seeing any problems caused by the bend and, besides, the warp is barely noticeable.