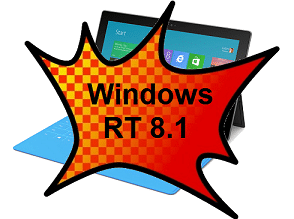 Update: Microsoft has re-released the Windows 8.1 RT update and you can download it from the Store again.

Some details are available here.

Microsoft has pulled the 8.1 update for RT devices from the Windows Store to address some Windows RT 8.1 upgrade issues that have been occurring. So, if you have a Surface RT, you won’t be able to upgrade until Microsoft sorts that out. They continue to work on it and are making progress.

At this point, Microsoft has released the following statement about RT 8.1:

The RT Recovery Image is available here and you can find the instructions for using it here.

And here are some instructions on avoiding 8.1 upgrade problems. It won’t help with the RT issue as that’s something broken with the installer but, there are some good practices in there like doing a backup before you start that could help avoid issues if the upgrade goes badly in other ways.

We’ll keep you updated as Microsoft works out the issues; so check back often.