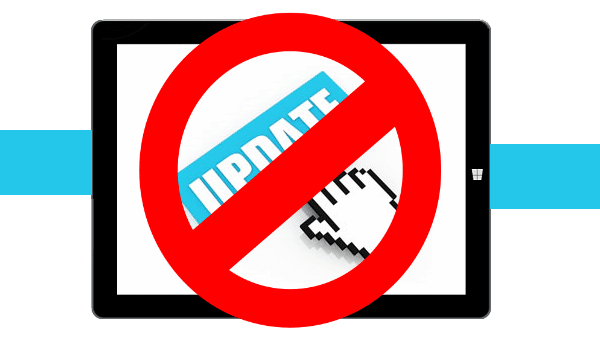 UPDATE: Apparently a Microsoft Engineer on the Microsoft Answers Forum has determined that many of the issues with the update come down to a single driver. Specifically the Surface Pen driver. Here’s what he had to say about it:

Thanks for all that have provided responses for this blue screen “DRIVER_POWER_STATE_failure” issue.  With your help we were able to identify the source of the issue being the Surface Pen Settings driver (version 10.0.302.0 dated 10/22/2015) which was inadvertently being installed as part of the “System Firmware Update – 1/19/2016” or manually installed by some customers.

This driver is not intended for Surface Pro 3 and is no longer being offered as part of the update.  If you had manually download and installed the Surface Pen Settings driver from the Surface Pro 4 Drivers page in an effort to enable Surface pen button customization through the Surface app on Surface Pro 3, you will need to roll back and remove the driver.

He also included the following steps to remove the errant Pen driver from your SP3:

As you may know, Microsoft just released the Surface Pro 3 firmware 19/01/2016 update last week and, complaints started pouring in almost immediately after the update hit the wire. While complaints are popping up in multiple places, the majority are showing up on the Microsoft Answers Forum, under the thread named Issues after updated Surface Pro 3 firmware 19/01/2016.

Another popular place for people to complain seems to be Reddit.

Here’s a partial list of the reported problems people are seeing on Windows 10:

If you think you’re safe by sticking with Windows 8.1, you may not be. There was, at least, one person who complained about a battery drain problem with Windows 8.1 as well.

Issues after Firmware Update on Surface Pro 3: What Can You Do?

If you’re having issues after the update, the best thing you can do to address these firmware problems is to rollback the update under Update Settings. Rolling back the update seems to fix the problem most of the time, just make sure you change your settings to prevent the updates from trying to automatically reinstall.

To do so, find the Windows Update settings then select Advanced Settings. Next find the update (System Firmware Update – 1/19/2016) and remove it. Next, go back into the Windows Updates settings and  set the pulldown to “notify to schedule” under the Choose how updates are installed section. Alternatively, you can check the Defer upgrades checkbox but, be aware, that will stop all updates for “up to several months”.

Afterwards, I’d give Microsoft a few days before attempting to install the update again. If we hear any new further news about this issue, we’ll let you know.