It was yet another slow news week this week but, I managed to find 3 stories that I thought you might enjoy. Here’s the quick overview:

OK, I usually try to avoid rumors in my weekly Surface News Roundup, however, this time, it’s actually a new rumor originating from a reputable website instead of the same old (kinda shady) websites… The Surface Phone will not be released until 2017 BUT when it comes, it will come in 3 different flavors.

According to WindowsCentral, Microsoft seems to be doubling-down on the concept of a Surface phone. “Sources” told them that there “could” be three models planned for the Surface Phone:

No details about what exactly will separate those categories, but they will likely focus on features and pricing. I would also imagine that there will be a big range of processors/storage and other hardware related features between the 3 models.

But, since they won’t drop until 2017 (again, according to “sources”) I guess we’ll have to wait and see. 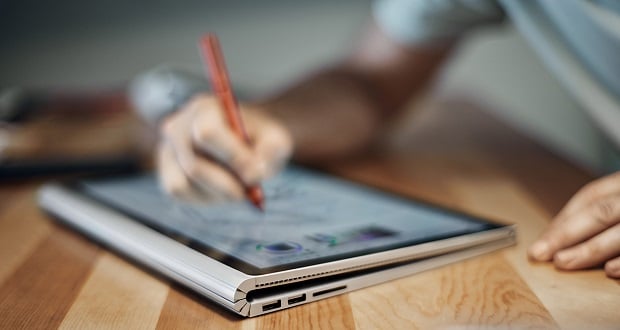 Well… sort of. More specifically, using the Surface Pen to take notes is what does it.

Research conducted at Princeton University and UCLA has concluded that handwritten notes are better than typed notes when it comes to information retention and learning effectiveness.

The referenced studies found that typists could take more notes in a shorter period of time but, for long term memorization, the folks using a pen and paper do better. This is attributed to the more intense mental work involved in writing while simultaneously processing what they heard. Another factor is that most typists have a bad habit of taking verbatim notes instead of just getting the important bits (which note scribbler’s tend to do).

So, if you’ve been looking for one more reason to get a Surface, the Surface Pen is it. Hey, I’d say that’s a great argument for any collage student, wouldn’t you?

“Mom, it’s been proven that I will learn more in collage if you buy me a Surface.”

Released on March 8th, the update should appear in your Windows Update History as  KB3140768 (OS Build 10586.164). According to the release notes, the update includes the following changes and security fixes:

As usual, if the update hasn’t shown up yet on your Surface, check your update settings and give it a few days. Microsoft send their updates out in waves to keep load on their servers down (and also their internet bill…. What I wouldn’t give to have that contract.)

Well, that’s it for another week. I’ll keep my ear to the ground and my eyes peeled for more Surface-related news stories and have another roundup for you next Sunday.