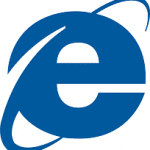 It’s been all over the news while we were traveling to Arizona: “Internet Explorer Vulnerability allows hackers to take control of your computer” and “U.S. Department of Homeland Security recommends that users and administrators use a different web browser until an official update is available.” Even Microsoft issued an official security bulletin on the subject.

Man, that’s enough to freak anyone out, isn’t it?

But if you own a Surface RT tablet, some of you might be thinking: “crap, I don’t have an alternative to IE!”

We got lot of questions on this topic. Some folks even asked if they should stop surfing the web on their Surface tablets. It is true that on Surface RT and Surface 2 you do not have an alternative browser to use.

BUT DO NOT PANIC!

A lot of this is media hype, there is nothing better going on, so they hype anything up. The reality is that it’s not nearly as bad as they make it out to be.

Here is the truth about Internet Explorer Vulnerability on Surface tablets:

So, there was no need for me to update my Surface RT or Surface 2 and Tim’s Surface Pro updated automatically, thus we are all set – not nearly as horrible as the media made it out to be, is it?

Keep in mind that the update for Surface Pro/Pro2s is not cumulative and requires your Surface to be up-to-date with other updates – in particular update 2942844, released in early April – in order to make the Adobe Flash Update available.

I hope this puts your mind at ease about the IE vulnerability on your Surface tablet.

You may also like our posts on Stolen Surface – What to Do? and Bitlocker on Surface Tablets – Encrypt your files.