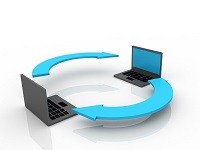 It’s unlikely that your Surface is your first computer. Odds are, you’ve had several computers before you got your Surface and on each of those computers, you either created or downloaded files.

It doesn’t matter if those files are mp3s, pictures, or Word documents for your work or business, you’ll need to be able to transfer them to your Surface tablet.

So, in this post, we’ll cover ways to transfer files to and from your Surface tablet along with their inherent advantages and disadvantages.

As you’ll see, some of them are pretty simplistic but there are a couple of options that are feature-rich and might be something you never heard of. 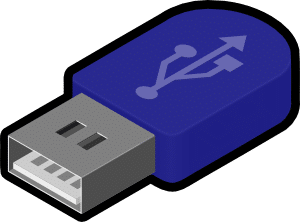 Yes, good old fashioned “sneakernet“. It’s hard to beat the simplicity of copying your files to a USB stick (or MicroSD card as far as that goes), sticking the media into your Surface and copying the data to it’s drive.

It’s incredibly simple but can cause you some complications if you have to make multiple trips because your transfer size is limited to whatever the capacity of the USB stick happens to be.

It’s also potentially slow and complicated because you have to fill your USB stick on the source computer(s), plug the stick into the Surface, move the contents to your Surface. If you have more data then can fit on your USB stick, you’ll have to repeat the process, possibly dozens of times.

Worse yet, what if you forget where you left off? Now you have to go back and figure out what files you already copied so that you don’t miss anything.

And as always, USB stick has a fair share of security issues so you may need to worry securing it if your data is sensitive.

Recommendation: It works but it might not be the best thing for you if you have a lot  of data or your data is sensitive. 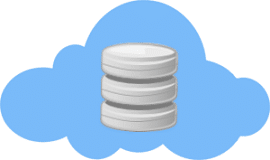 Now let’s talk about the mechanism you’re most likely to use to sync a large number of files, cloud-syncing. Cloud-syncing offers the advantage of simplicity of use but free solutions often have a low maximum capacity and the synchronization process may take quite a while. Not to mention, you’ll need to be on the network the whole time.

There are dozens if not hundreds of different options out there but, I’ll just cover two of the  “big boys”.

OneDrive: Formerly known as SkyDrive, OneDrive is installed by default on every Surface and is Microsoft’s cloud-sync solution. It will allow you to easily sync files between any of your Windows devices using a client and also allows you to use a web-interface to access your files from just about any web-enabled platform that can support a browser.

Microsoft offers you 7GB of space for free and you can purchase much more at reasonable rates if you need to. The new Surfaces come with 200GB of free OneDrive space for 2 years. After two years, you’ll have to pay.

OneDrive is also private and pretty secure. If this is your concern, check out this Wiki from Microsoft.

The only downside to it is that it’s really only convenient for Windows devices. Sure you can use the web interface to copy files into your OneDrive from a Mac or Linux machine but it’s a pain to do so if you have a lot of files.

DropBox: Is one of the oldest players in the cloud-sync arena. Like Microsoft, they offer an uninstallable client app for your Windows devices and a web interface to access your files via a browser.

They also offer clients for Apple and Android devices, so, if you have a lot of data on those platforms, this might be the easiest way to copy it to your Surface.

Unfortunately, there are a couple of big downsides. First, the amount of space that they offer for free is only 2GB. You can get an additional 250MB of free space for each friend you get to sign up and put you as a reference but only up to a point. Of course, like OneDrive, you can purchase more storage.

Also, the Modern Dropbox client for your Surface RT/2 won’t locally cache the files like the OneDrive client. This means that you either have to download the files individually or be connected to the network to see them. Both are huge problems, in my opinion.

If you have a Surface Pro or Surface Pro2, Dropbox becomes a much more viable solution for copying files. This is because you can install the desktop version of the Dropbox client which will let you easily sync everything to your Surface’s drive.

Recommendation: Use OneDrive to copy your data if you are copying from another Windows machine of if you just have a few files on a Mac/Linux machine. Use Dropbox if you have a Surface Pro/Pro2 and a large number of files on Mac, Linux or Android machines to copy to your Surface. 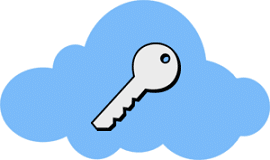 Along with “Public cloud” solutions like OneDrive or Dropbox, there’s also the concept of a “Private cloud”. The main difference between the two really, just comes down to who owns the servers. In the private cloud paradigm, you (or your company) own the servers.

The biggest advantages to a private cloud is that it offers many of the conveniences of the public offerings without the downsides of size limits. You can basically use as much space as you want by adding hard drives to your server and your computers don’t all have to be on the same network.

Also, if you are the paranoid type and don’t trust that your files aren’t being read by the public providers, this is a good choice for you because your files never leave your control. (I know this is important to my boss who was asking how to clear his browser history a while back)

The biggest downsides are that you might have to run a server and that it will probably only work with Surface Pro/Pro2 models. However, if you have a Pro/Pro2 and feel comfortable doing so, you can setup a system to let you seamlessly sync your files between multiple devices with very little overhead.

There are many private cloud programs out there you can install on your server, so, I’ll just touch on a couple.

Recommendation: Use a private cloud if you have a Surface Pro/Pro2 and large amounts of files to transfer from computers in multiple locations that you want to make sure no one else is seeing.

Just because I listed it last, don’t assume I think that setting up a network share is a bad way to go. It is, in fact, very easy if you’re sharing from a Windows machine and can be done by setting up a HomeGroup in just a few clicks.

The advantage of using file shares is that it’s easy to do and is already built into the operating system. The downside is that you’ll really only be able to share files between machines on the same network.

So, unlike the cloud solutions, you’ll need to make sure all of the machines you want to copy files from are in the same place at the same time.

Recommendation: Use file shares if you have a lot of files to copy to your Surface and all of your source machines are on the same network.

I hope this post helps you easily get your files to your Surface tablet. I know there are variations or products I didn’t cover but I think I got the most popular options.

If you have experience with a method to copy files that I didn’t cover, please share them in the comments section.