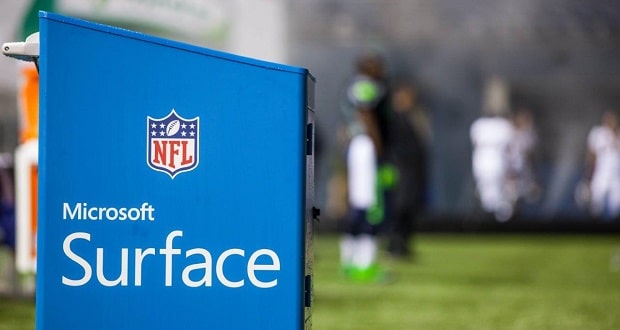 The NFL has been pretty rough on the Surface.

First, the announcers can’t stop calling it an iPad despite a $400 million contract to promote the Surface between the NFL and Microsoft and now Packers QB Aaron Rodgers throws one on the sidelines.

Here’s Rodgers throwing the Surface Pro 2 after he saw replay video of a wide-open Randall Cobb. Unfortunately, Rogers didn’t see Cobb while on the field and, instead, threw an interception. Now, see what he did when he watched the instant replay…

Here’s the video he saw on the Surface before tossing it:

Funny enough, for an NFL quarterback, he didn’t seem to throw it that hard. I would imagine the Surface could survive such a wimpy toss to the turf, so it might bounce back.

Probably can’t say the same for the Packers this season.