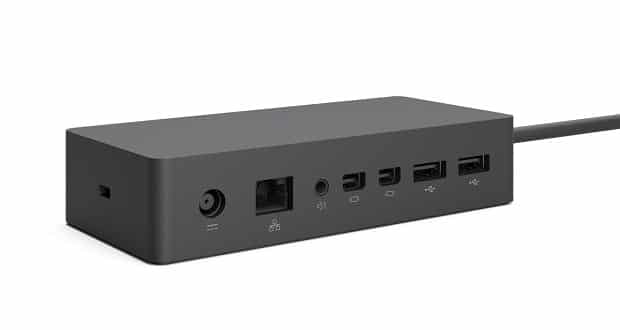 I finally got around to getting a new Surface Docking Station and I was really excited. It’s a sleek little box that offers 4 USB 3.0 ports, 2 Mini DisplayPorts, a gigabit Ethernet port, a 3.5mm audio jack, and the ability to connect to a Surface Pro 3, Surface Pro 4, or Surface Book via a single “Surface Connect” cable.

Unfortunately, after re-wiring my desk to get it all setup I had a problem. Namely, my Surface Book couldn’t use my external monitor. It would just show a blank screen.

I reconnected the monitor directly to the Surface Book and it worked perfectly…. WTF? I tried the docking station with Joanna’s SP4 and had the exact same problem…. Double WTF?

So, I did some research and discovered that other people had been having similar issues because the DisplayPorts on the docking station ARE NOT the same as the one on the Surface when it comes to driving DVI connected monitors. If you’re curious, here’s a Reddit thread where it’s discussed in a little more detail.

Of course, I connect via a passive Mini DisplayPort to DVI adapter… sigh. On the plus side, it gave me a chance to put together a list of troubleshooting suggestions to help others that run into this issue. 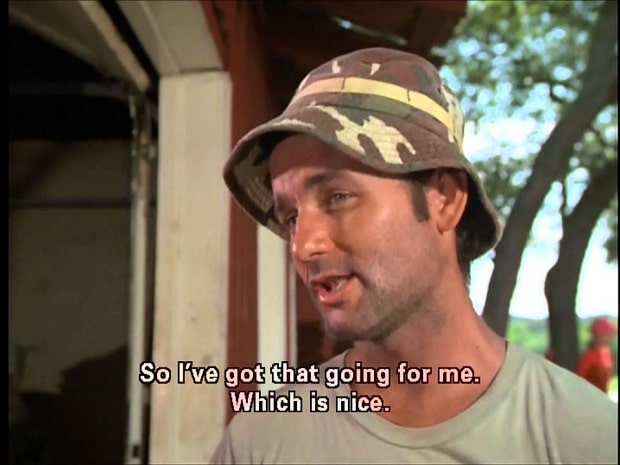 The troubleshooting suggestions I came up with below are in the order of cheapest to try/least amount of pain to the most expensive thing to try/most pain. In addition, you should follow these steps regardless of the type of display issues you’re having with the new Surface Docking Station such as:

All three of the issues listed have been reported when connecting external monitors the new Surface Docking Station and the same steps should help with all of them.

The first thing you should do is connect your dock to your SP3/SP4 or Surface Book WITHOUT a DisplayPort adapter attached. This will let you use the monitor on the Surface to see what you’re doing. Next, go into the Windows Updates settings on your Surface and select the Check for Updates option.

You need to do this because Windows may not install some updates for the new dock unless it’s attached when searching for updates.

Next, check for updated drivers and firmware for your monitor(s) from the manufacturers website. If there are any available, make sure the monitor is attached directly to your Surface then download and install the updated drivers and/or firmware. The method will vary depending on the make and model of your monitor but, there should be instructions included with the driver package.

If the drivers or firmware didn’t work, you will probably need to get a new Mini DisplayPort to DVI adapter(s) that will drive the monitor(s) OR you can try Mini Display to VGA / Mini DisplayPort to HDMI adapters. If your monitor supports it, the HDMI option is a good one as it’s a newer standard and you could use the same adapter to connect your Surface to most newer TVs as well.

Replacing the adapter(s) will probably resolve (95% of the time) the issue but, there is a chance that it won’t. So, there is a risk you’ll spend $20-$40 and still have the problem. If you decide to buy a new DVI adapter, make sure you get an Active one like this model: Cable Matters Active Mini DisplayPort to DVI Adapter. If you don’t you’ll end up right back where you started. 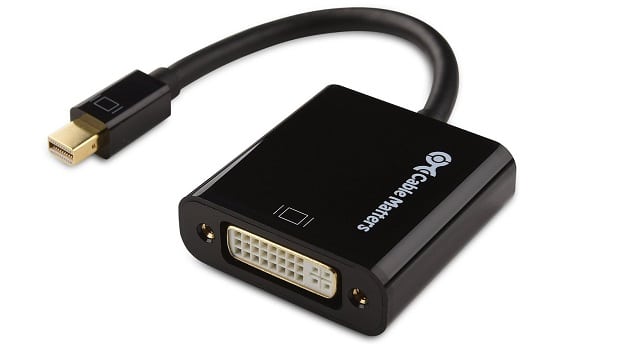 Ideally, if a friend has a Surface (or other computer with a Mini DisplayPort) and an active adapter, you could borrow it to test your setup before shelling out cash for a new adapter.

It’s also possible that your monitor (or one of your monitors) is the cause of your display issues regardless of the adapter. It’s not very likely if the monitor works with your adapter when directly connected to your Surface but, it is possible there’s some weird incompatibility that lays within the monitor.

Before buying a new monitor, however, I’d see if I could borrow one from a friend (as long as it’s a different make and model) just to be sure that’s where the problem resides. In fact, assuming they’re the same size/quality I’d see if I could make a trade as long as your monitor works with his/her setup.

Of course, if you’ve been looking for an excuse to get a new Samsung 34-Inch Curved Screen LED-Lit Monitor S34E790C, forget the last paragraph. 😉

Finally, it’s possible that the Surface Docking Station you bought is simply defective. At this point, everything else has been changed or tested so, it’s time to contact Microsoft for an exchange.

It sucks but, it occasionally happens. They are producing large numbers of these devices and they can’t effectively test every single one so there will always be some percentage of defects.

Frankly, I was disappointed by this issue. I don’t understand why Microsoft, according to the Reddit thread, intentionally changed the Mini DisplayPort specifications on the docking station. If they had gone with the same specifications as the built-in ports on the Surface, they would have had an awesome little docking station on their hands.

Because, except for the external monitor issues, it is a pretty cool little device. It connects quickly and easily and the 4 USB ports are very handy to have. What else do you need?