Sorry this is a little late but we had a few problems with our internet yesterday.

Sorting through the Surface Pro 4 rumors continues to be a tedious. In case you’re wondering, October 4th 2015 is the new rumored release date for the Surface Pro 4 and it is supposedly going to come with a Skylake CPU, Up to 16GB of RAM, 512GB SSD, and 14″ 4k display but I’ll believe it when I see it.

Surface Pro 4 Rumors aside, here’s the “real” Surface-related news roundup for this past week:

In case you didn’t know, Microsoft was originally planning on shipping their wall-mounted Surface Hub this month but it didn’t happen. Now, the release date for the (up to) $20,000 USD Surface Hub is January 2016.

Microsoft is blaming the delay on high demand and the need to tune the manufacturing process. This is according to Surface General Manager Brian Hall in a blog post on August 12th.

Microsoft launched 3 different cumulative patches over the past week with the latest being on the 14th. This shouldn’t really be a surprise considering Microsoft’s plan all along was to rapidly fix issues once Windows 10 dropped a couple of weeks ago. It would take about a week for problems to make it up the chain and a week for internal patch creation/testing.

So, don’t be surprised if you see a few more “out of band” patches come down for your Surface, if you upgraded to Windows 10. 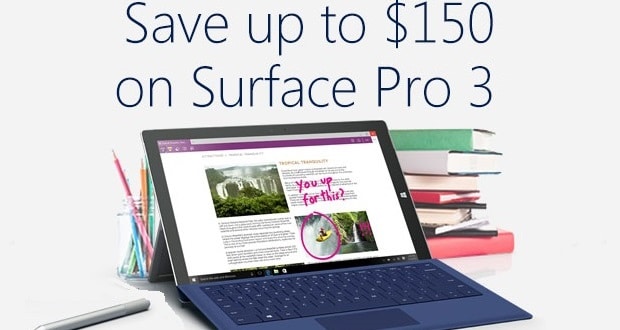 As you probably heard, Microsoft is continuing their back to school sale. Joanna wrote about some of these deals here: Microsoft Back To School Sales.

However, now, Microsoft isn’t confining the sales to just the US. For example, Microsoft is offering up to £200 off Surface Pro 3’s in the UK as well.

So, If you’re in the market for a new Surface Pro 3, hop on over to Microsoft’s Web Store and see if there are any back to school sales you can take advantage of.

This one is a bonus story that came out this morning. According to WMPoweruser, Microsoft is working on a new “Surface Phone” with the following specs:

According to the rumor, this product has been code-named Project Juggernaut Alpha and is undergoing internal testing right now. Apparently, the plan is to release it late this year or early next.

As with other rumors, I guess we’ll see. Like I said before, at least it’s a new one.  🙂

And that’s it for this week.