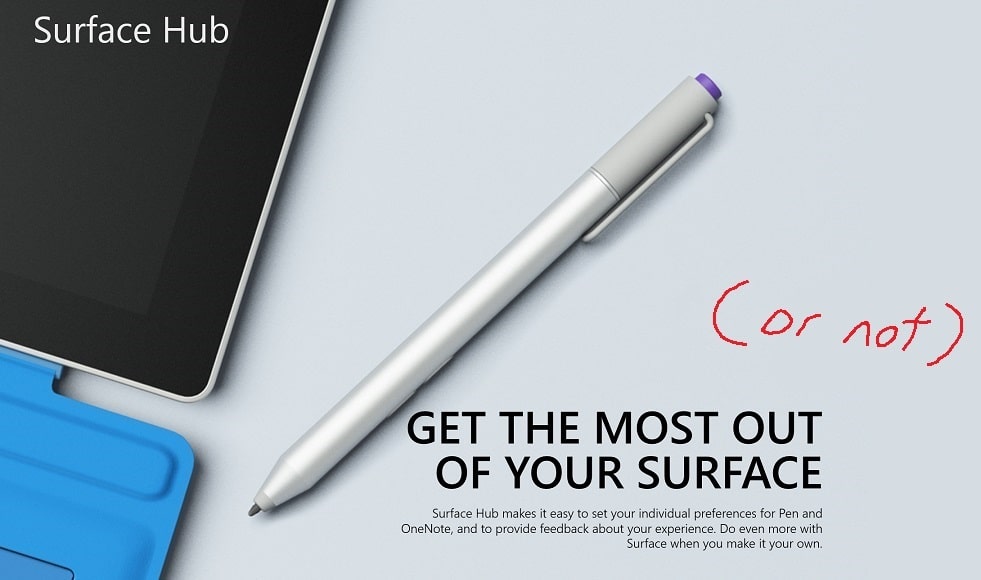 After updating the pen firmware last week, Microsoft’s Surface Hub allows users some limited customization to how their Surface Pro 3 Pen behaves. You can change the following two settings with the app:

Unfortunately, in both cases, I feel the functionality is so basic it borders on useless. 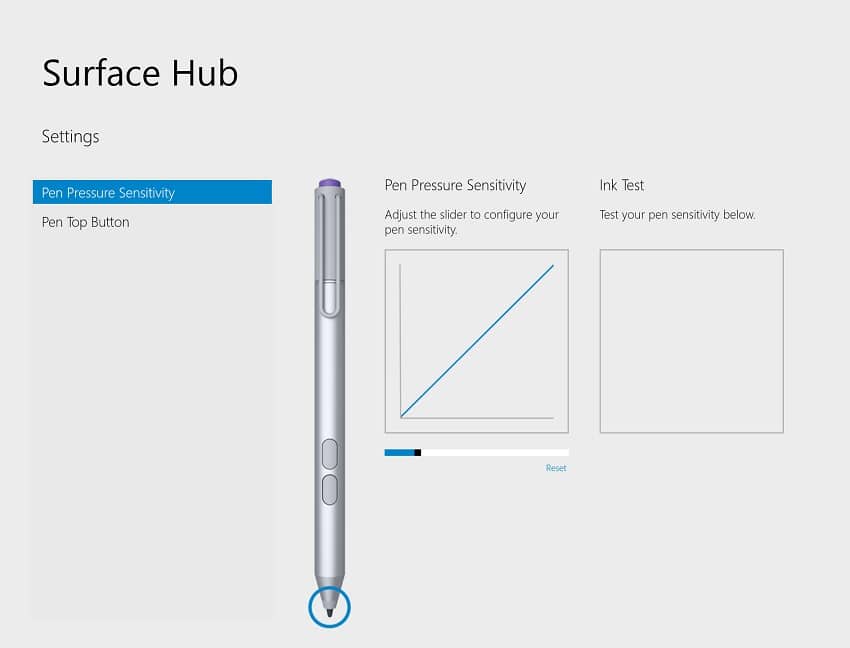 The simple slider will let you make adjustments to how hard you have to press to thicken the line you’re drawing. But frankly, it’s not really that adjustable and it’s hard to tell any difference between the settings, unless you’re trying to do something delicate like painting in Fresh Paint or the like. 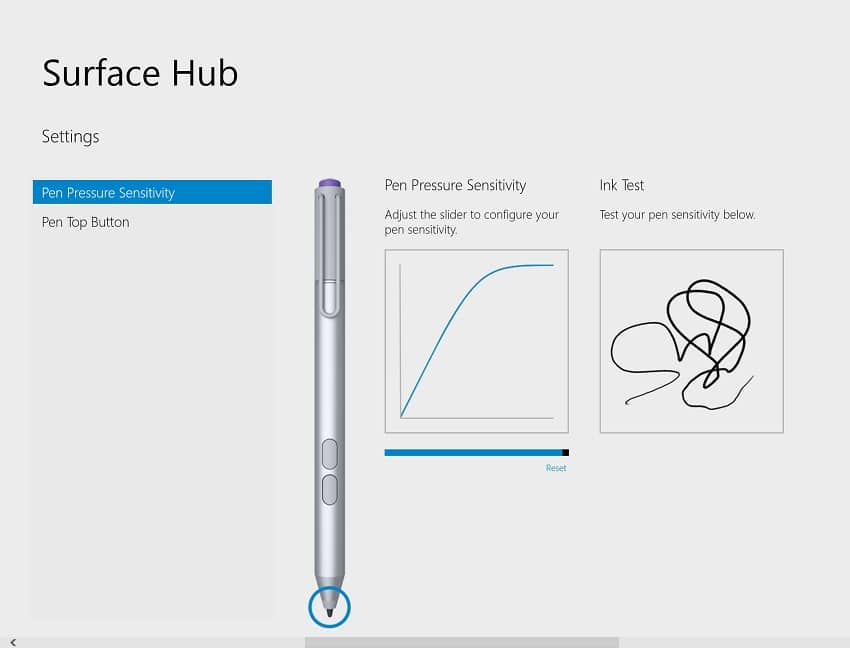 If you want lower pressure sensitivity, you will probably also be disappointed with the available settings. I don’t see much difference there either, but I’m not the artistic-type.

All in all, the settings should be enough to give most (non-artistic) users a little extra flexibility. Just don’t expect huge changes. 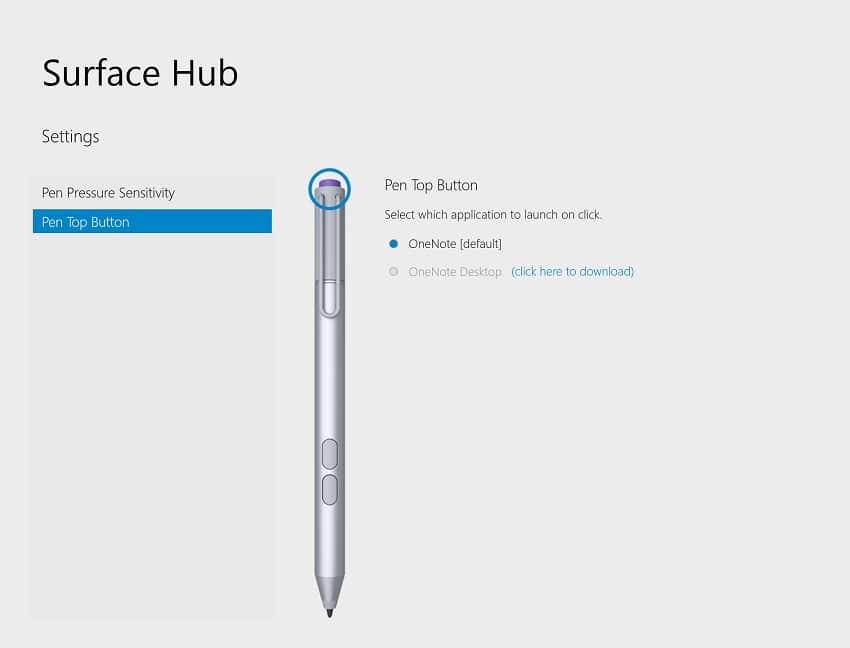 The button customization in Surface Hub app also seems very basic. You can only set the pen top button to open either the OneNote Desktop or the OneNote Metro apps. It s lacking options to customize the side buttons and it doesn’t allow any other actions for the pen buttons.

Microsoft says they’re planning to add these in the future, but for now you only get the two choices for customization of the top button.

It’s basic but it is simple to use and doesn’t seem to cause any problems. So, you’re not out anything downloading it. Just don’t expect to be able to make big changes to the way your pen works.

If you want it, you can get it from the Windows Store app on your Surface Pro 3 or you can follow this link: Surface Hub

Also, if you use OneNote, it’s probably best to keep the Metro version (default) setting, as the double tap (top of pen) to screen grab doesn’t seem to work well with the desktop version of OneNote.

Lastly, in case you were wondering what happens if you try to install Surface Hub on something other than a Surface Pro 3. It turns out that the Windows Store will let you install it but when you try to run it, all you get is the screen below. 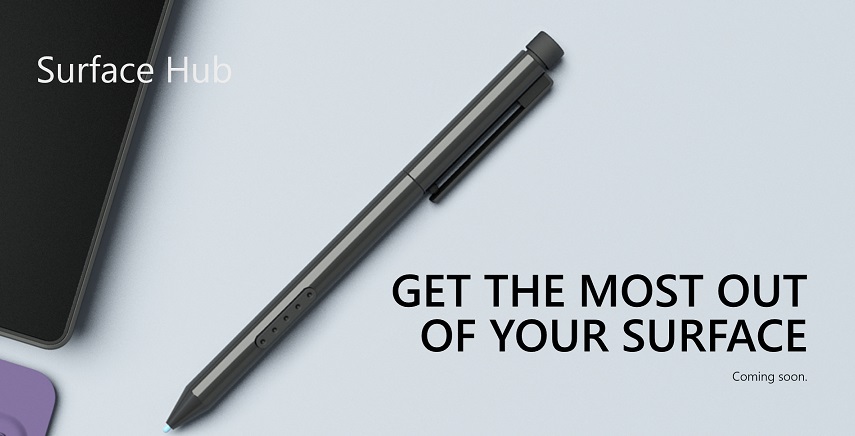 I couldn’t help but notice the “coming soon” on this screen (from my Surface Pro 2). I wonder if this means that Microsoft plans to expand what Surface Hub does or if it’s just an oversight of some kind.