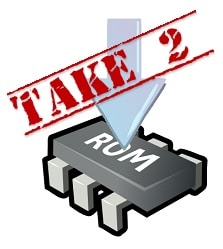 Yesterday, Microsoft released a second set of Surface Pro 3 firmware updates for October. Unlike the October 6th update, which was just focused on Surface Pro 3 pen functionality, this is a much more comprehensive set of updates.

The updates (designated System Firmware Update – 10/28/2014) include graphics and WiFi fixes, among other things. If you’re the curious type, you can find some more details about the individual updates below.

The updates showed up on our SP3 last night and we promptly did the install. It was pretty quick and painless, taking only about 3-5 minutes. The SP3 is working fine afterwards and we haven’t noticed any new problems as a result of the update.

One thing to be aware of, though. During the update there was a point where the fan came on full blast (making us wonder if our SP3 was firing up the jet engines and getting ready to lift off to return to the mothership) for around 5-6 seconds then the tablet abruptly turned itself completely off.

I looked at Joanna and said “that didn’t seem right” but, about 3 seconds later, it restarted and everything was fine. So, if that happens to you when you apply the update – don’t panic.

Finally, if you don’t see the update yet, don’t worry about it. Microsoft usually delivers Surface updates in stages, so it should show up in the next couple of days.